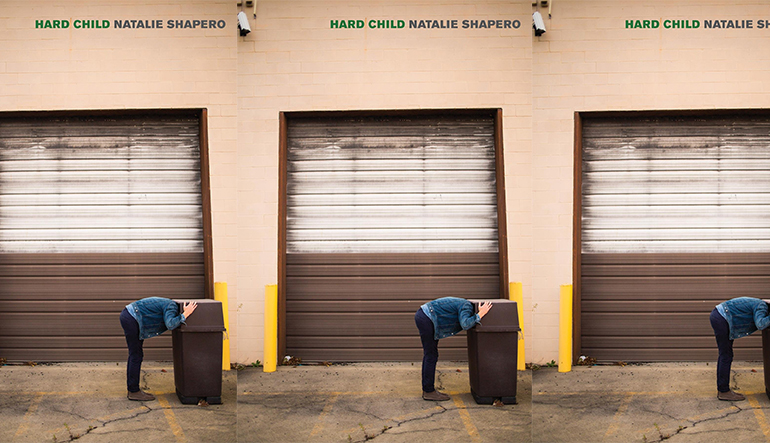 In her second book, Hard Child, Natalie Shapero dives headlong into worst-case scenarios—ones where surgeons cut “erroneous body parts,” rocket ships explode, museums are devoted to war, two lists of baby names are needed (“one if she’s born breathing,/ one if not”), and the earth dies. These often dark and deeply personal poems are armored with comedic turns and allusions to our “rotting times.” Take the beginning of the title poem concerning choosing a name for her as yet unborn daughter:

So I had two lists of names for a girl, so
what. The president’s allowed to
have two speeches, in case the hostage
comes home in a bag.

While the whirlwind energy of this collection can seem unrelenting, an attentive reader will delight in the formal qualities of Shapero’s poems. The often arresting syntax and lineation, read slowly, reveal depth beyond personal confession or social commentary. Within their form is a painful, universal truth: that nothing and no one is truly safe from tragedy. For example, when attended to line by line, the following excerpt conflates the mortality of the individual (starting with the self) and that of all human tradition:

Even now, were I to find myself, after
a grand disease or blast, among the pasty
scattering of survivors, there isn’t one
human tradition I would choose to carry
forward.

Throughout the collection, irreverent poetic claims incriminate both speaker and reader as participants in a “thwarting era,” one where we “hate discussing the past.” They also manifest the anxiety of an individual who is all alone in her fear. In the poem, Monster, (interestingly close to the word mother), eight soon-to-be-mothers share the names they’ve chosen for their babies. The speaker is the only one who refuses, asking, “Isn’t anyone else convinced of curses?”

At their deepest reading, the deflections, irony, and hardness of these poems reflect a common struggle to face past, present, and future tragedies. At their deepest, they do what James Baldwin believes art must: “to prove, and to help one bear, the fact that all safety is an illusion.”

Sarah Ehrich earned an MFA in poetry from Emerson College. She currently works as a writing instructor at Boston College and is Assistant to the Director at the Blacksmith House Poetry Reading Series in Harvard Square. Her poetry has been published in the Missouri Review online and Borderlands: Texas Poetry Review, and is forthcoming in JuxtaProse. Connect with her at sarahehrich.com.
Tags:Copper Canyon Press, Hard Child, Natalie Shapero, Poetry Collections