Home
»
Book Reviews
»
Fiction
»
Review: LIVING IN THE WEATHER OF THE WORLD by Richard Bausch 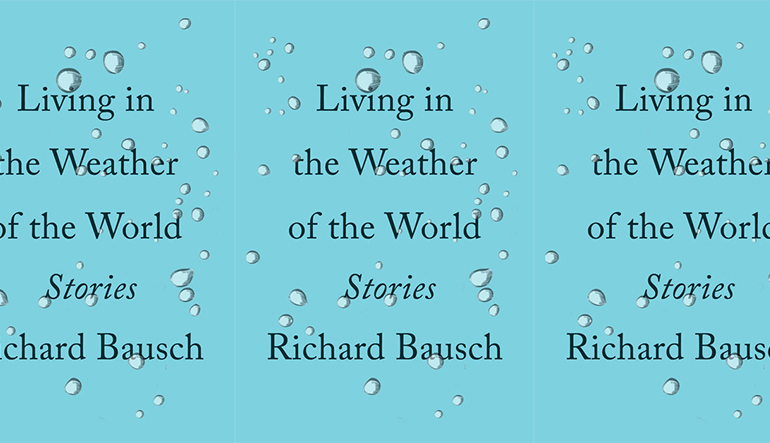 “Instead of a loose web spread over a surface of a life,” says Edith Wharton, the short story is, “at its best, a shaft driven straight into the heart of human experience.” Few living writers are more adept at capturing those experiences than Richard Bausch. And while not all of the fourteen stories in his new collection, Living in the Weather of The World, are a fair illustration of his ability, the balance demonstrates, once again, why he deserves a lasting place among American literary masters. The strongest stories include: “The Knoll,” about an untested assassin spared the responsibility of taking a life; “Map Reading,” about a man who discovers he shares more than he imagined with his estranged and much younger half-sister; and “The Lineaments of Gratified Desire,” about a young artist who forsakes lasting love (and the conventions that go along with marriage) for a doomed affair.

The most engrossing and affecting story, however, is the last, “Still Here, Still There,” which imagines the reunification of two characters—American veteran named Marson, and Schmidt, his German savior—from Bausch’s WWII novel Peace. Bausch, with characteristic honesty and compassion, paints the portraits of two aged men, united for life by an act of grace and desperation, and critiques the mechanism by which history is stripped of ambiguity. A richly imagined and engrossing story that marries compassionate portraiture with social commentary, it is a breathtaking end to an uneven, but ultimately satisfying collection.

Mary Volmer is the author of two novels: Crown of Dust (Soho Press 2010) and Reliance, Illinois (Soho 2016). She teaches at Saint Mary’s College of California. www.maryvolmer.com

Tags:Knopf, Living in the Weather of the World, Richard Bausch, short story collection