Home
»
Book Reviews
»
Fiction
»
Review: THE SUMMER SHE WAS UNDER WATER by Jen Michalski 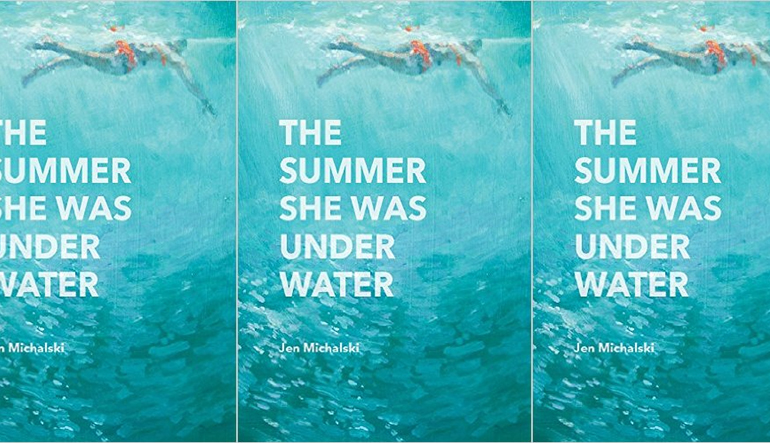 Sam Pinski is drowning. Sometimes, quite literally, but at least metaphorically, “she feels submerged in herself.” Sam seems to struggle to remain herself in a situation where everyone wants her to be their version of Sam Pinski, which is a lot of work on a family vacation.

The truth is the Pinskis are all drowning, each in their own way. Steve, in one bottle of booze or another. Karl, in a bottle of pills and a lifetime of his own poor decisions. Pat, in decades of domestic abuse. Sam bears the heaviest burdens, a combination of all her family’s needs and pains. Michael and Eve are along for the bumpy ride, as are Jen Michalski’s readers. After all, as Eve says late in the novel, “It’s a lot of work vacationing with the Pinskis.”

The narrative threads tug at one another to reveal how the Pinskis break each other’s hearts. The family’s weekend on the river gives way to their painful history, Sam’s friendship with Eve, and her relationship with Michael. Sam’s novel about Pete Skivens, a man dealing with pregnancy, is also folded into the mix. Pete’s attempts to grapple with his past sins mirror Sam’s struggles with her own.

Reading this novel, it’s hard not to feel the echoes of each character’s pain. Michalski uses details to paint vivid pictures for her readers, ones that drag you deeper into the difficult but emotionally resonant story.

Sam wants to “save people from themselves,” stay in the background and help her family mend, even if that means putting herself in harm’s way. But the wounds her family inflicted on her are not healed—which seems to be this novel’s main question: how can we heal when loved ones don’t even realize they’ve hurt us? Jen Michalski’s second novel is an intense emotional commitment, but a worthwhile one.

Kira Frank is a second-year graduate student teaching composition at Kansas State University. She travels between Kansas, Texas, Wisconsin, and Chicago. Follow her on Twitter @kdbell89

Tags:family, Jen Michalski, novel, Queen's Ferry Press, The Summer She was Under Water