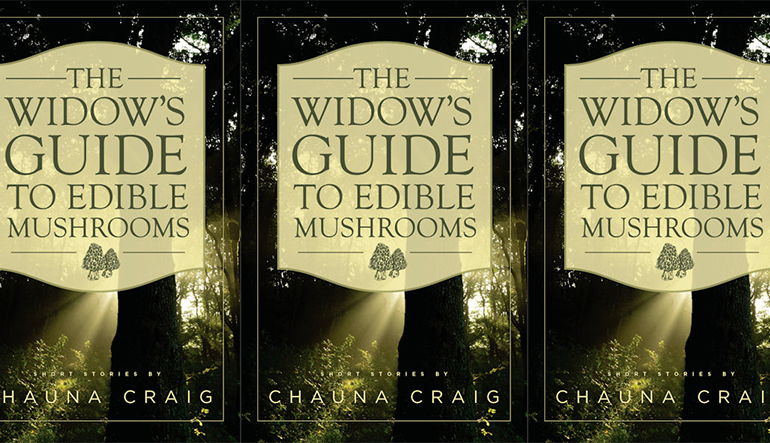 Most of the stories in The Widow’s Guide to Edible Mushrooms, Chauna Craig’s debut collection, are set in the American West, centered on characters who often identify closely with their geography: “Long lines cut his stubbed cheeks vertically—the face of a boulder with freeze cracks and moss, like he’s come from the very mountain itself,” Craig writes about one. And while Craig convincingly portrays a range of characters, her work is particularly striking when she writes about the landscape of motherhood and the special vulnerabilities of being a stepmother, themes that she understands as surely as she does her Montana settings.

While some stories suffer from an overabundance of characters that diffuses their effect, Craig has a particular gift for inhabiting the voices and sensibilities of a variety of protagonists. In these stories, a restless, straying wife’s horizons expand and then shrink. A young girl accompanies her family on an afternoon diversion, the much-anticipated dramatic explosion of a 506 foot smokestack, but gradually comes to understand how this landmark is tied to her community’s roots and her mother’s sense of her own survival. A young man is reluctant to betray the girlfriend who he knows is just using him. In the title story, a widow gathers mushrooms, looking for the right socket to bury her husband’s ashes. Craig captures these characters with wisdom and, often, humor, as when the child narrator of “This is History” misunderstands her mother’s comment about a couple being “unevenly yoked”:

“I started to giggle. I heard ‘yoke’ and I thought egg yolk, and I was picturing Pam and David getting egged by unbelievers, thick orange goop sliding down their faces.”

These stories especially shine when Craig writes about mothering: the deep attachment of a girlfriend to her boyfriend’s children and her dread about what she stands to lose, a wife and stepmother coming to understand that her husband has lied about his wife’s death, a stepmother who imagines adopting a child from China as she faces the legacy of her own family’s mental illness. In “The Stroke of Midnight,” Craig’s narrator plays with fairy tale conventions in the story of a rebellious stepdaughter mistaken for a pre-teen alcoholic when she dabs on some vanilla in lieu of perfume, setting off a disastrous chain of events.

Craig’s most poignant stories are from the points of view of stepmothers who struggle with their own limits and losses and with their fragile legal ties to the children they’ve raised. Craig beautifully captures their senses of isolation and the risks inherent in their deep bonds to those children. Craig brings a similar complexity to her portrayal of all of her characters, revealing their bravado and courage, their flaws and missteps, and their capacity for resilience.