There has been a flurry of praise for Alices lately—Munro for her much-deserved Nobel, McDermott for her highly-praised new novel Someone—and it has me thinking about why these two authors are having a cultural moment.

They’re going small, peering over shoulders, into hearts and minds, showing us what it means to be alive. Munro claimed her prize for short stories, hoping that readers would no longer see them as mere weigh stations on the road to a novel. McDermott writes longer, but her novels are still lithe and compact, an act of condensation and concentration. Both women intensify the ordinary, finding the meaning we all see in our lives.

The Alices perform this magic through precision of word, sentence, and story, and they achieve this breathtaking correctness, this fictional poetry, because they are brave enough to write shorter, to compress until every image resonates. In short, they are brave enough to revise. How else could they achieve such power? Cutting out, paring down, making essential: these daring acts are what make stories sing. But they’re often the hardest ones to perform.

Alice Munro’s particular bravery is knowing where to start and end. No compact day-in-the-life epiphanies for her. She starts in the middle, at the end, at the point where most of us would chicken out. In a 2012 New Yorker interview, she said,“For years and years, I thought that stories were just practice, till I got time to write a novel… Then I found that they were all I could do, and so I faced that. I suppose that my trying to get so much into stories has been a compensation.”

Maybe her stories tumble out fully formed from beginning to end, but when she says “get so much,” I sense that’s probably untrue—that Munro exerts as much if not more effort than the rest of us editing until the right parts of her often lifelong stories are the only ones that appear on the page.

In fact, in an interview with the Paris Review about her process, Munro said that “in about three quarters of what I do, I reach a point somewhere, fairly early on, when I think I’m going to abandon this story.” And she feels very “grouchy” about it. Then she says:

This whole process might take up to a week, the time of trying to think it through, trying to retrieve it, then giving it up and thinking about something else, and then getting it back, usually quite unexpectedly, when I’m in the grocery store or out for a drive. I’ll think, Oh well, I have to do it from the point of view of so-and-so, and I have to cut this character out, and of course these people are not married, or whatever. The big change, which is usually the radical change.

So even Munro struggles with the big changes we all know, deep down, we must make. The difference is, she makes them. 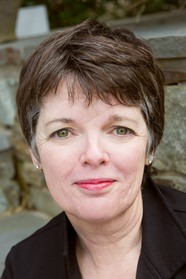 As for Alice McDermott, I recently read the following on her former student Meg Waite Clayton’s blog: “Alice told me she typically wrote some shocking number of pages to get her first fifty. This was in the context of encouraging me to cut and consolidate early pages of the first draft of my first novel, which was great advice… I believe the number she mentioned was two or three hundred.”

Reading that sentence, my face nearly hit the keyboard.  That’s a whole book. And, wow that is ballsy.

Reading both of these women makes me think about how much writing it takes to get to the story we want. We venture into stories blind, feeling our way forward. At this stage, every word feels precious, and it’s hard to shake this attachment of new parenthood. We want to keep all we’ve set down because we’ve worked so hard for it. But we often start in the wrong place and must lop off the first five pages to start on the sixth where the plot really begins. But cutting those five pages feels like lopping off your right arm. Being brave enough to go on after that, to range as far as Munro, takes true grit.

Perhaps even worse is the kind of editing McDermott favors, simply because of its sheer volume. It takes a certain sang-froid, a sainted patience, to trust that all of the writing that has come before and been jettisoned along the way will show up on the page. Also, I wonder if she really cuts the pages, or simply hides them someplace for safekeeping?

But maybe that’s just my own conservationist nature rearing its head. I can’t imagine throwing away that volume of work. Maybe I should entertain it. Maybe I am settling for good enough when if I were braver, my work could be better. I could be like Alice.