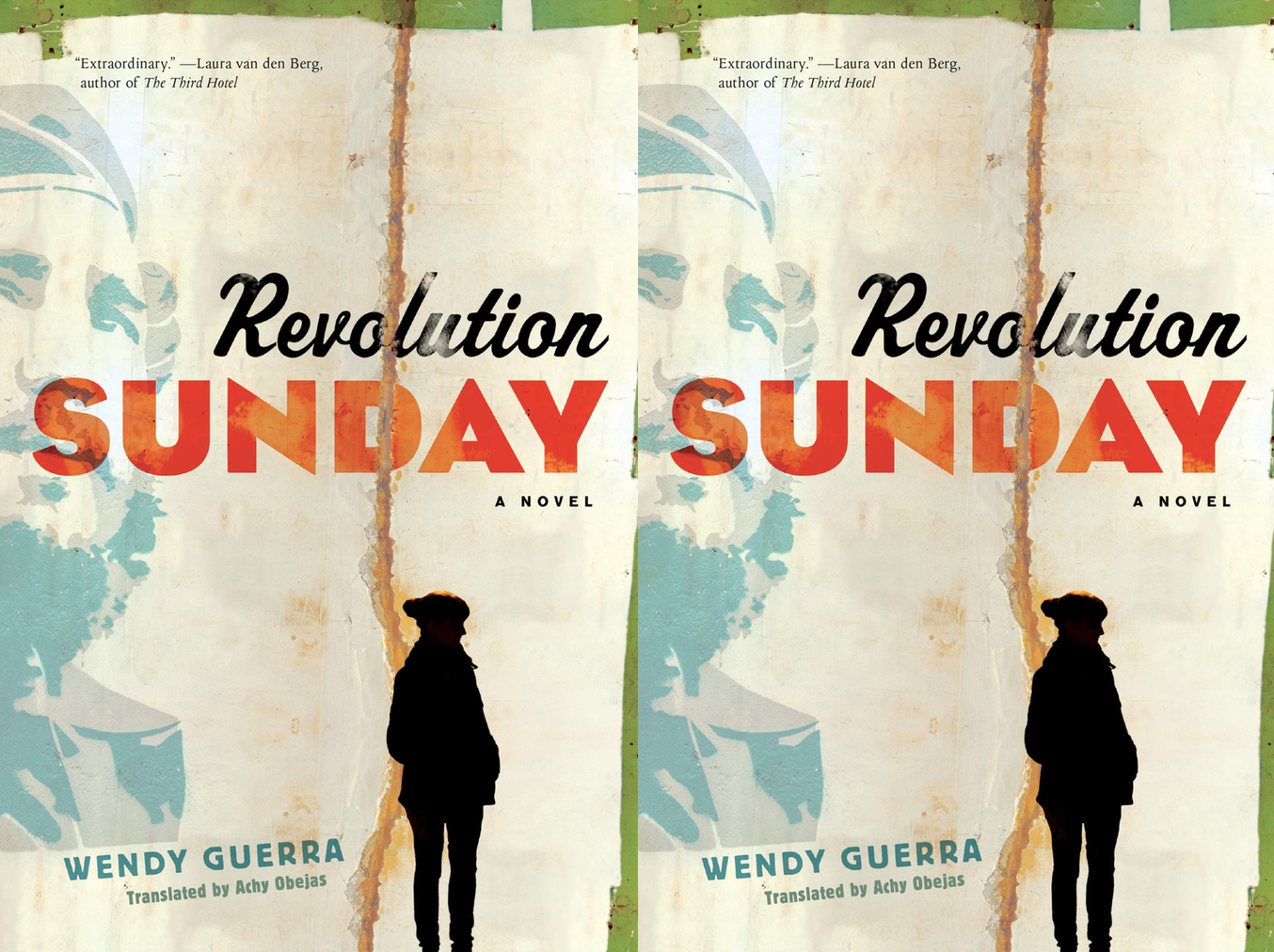 Cuban writer Wendy Guerra’s Revolution Sunday, her second novel translated into English, takes the reader inside the mind of Cleo, a protagonist who jolts from despair to elation to paranoia—often rightfully so, as she is frequently under surveillance and her house is subject to unannounced searches. The reader barely has a chance to breathe in this riveting, poetic, fever dream of a novel that tackles the unmooring of a character beset by betrayal.

At the novel’s opening, in the mid-2000s, Cleo, a poet, has retreated from life into her family’s Havana home after her parents’ death in a suspicious car crash a year before. In her isolation, she is cared for only by a steadfast housekeeper, Márgara, a character endowed with mythic strength. The novel begins with this first-person statement:

I must be the only person in Havana who feels lonely today. I live in this promiscuous, intense, reckless, rambling city where privacy and discretion, silence and secrets, are almost a miracle, a place where light finds you no matter where you hide. Maybe that’s why when you feel lonely here, it’s because, really, you’ve been abandoned.

She is rescued from this abandonment by a phone call from Catalonia—her first book of poetry has won a prestigious prize. At first blush, she thinks her life is back on track. But before she can take advantage of this opportunity, she is destabilized by unannounced visitors, including Sting and his wife, who value her poetry, as well as the police, who follow quickly to interrogate her about the visit, the beginning of a pattern of surveillance that continues throughout the novel.

Despite this intimidation, Cleo is hopeful that, though her work faces resistance in Cuba, her book will receive some international recognition. When she goes to Mexico before its publication date, however, she begins to fear that her work has not lived up to the expectations of her friends there: “They want an epic ending,” she says, “because they were so embedded in the Soviet model even as they rejected it—they denied it and destroyed it in their daily gestures, but that was their foundation: Soviet.” This anxiety grows with the discovery that Cleo’s boyfriend in Mexico is listening in on her calls and reading her emails. Even in Mexico, she learns, she is not safe from surveillance. And to make matters worse—her take on Havana is not believed.

Upon returning to Havana, the surveillance escalates. Gerónimo, a famous Hollywood actor, turns up at her family’s house wanting her help with a documentary on her father, who, he claims, is not who she believed he was. Her decision to welcome Gerónimo as a lover further obscures her sense of what is true and what is not. Is her father who she’d thought he was? Is this man who he says he is? There is talk of the Witness Protection Program, and Gerónimo shows Cleo photos and other documentation that gives her a new narrative of her parents’ lives.

The raids on Cleo’s house and the surveillance ratchet up, challenging, in addition to her sense of reality, her ability to determine what she values most. Computer files are taken or erased, and she begins to memorize her poetry to keep it safe and personal. Cleo believes in the ability of language and literature to transport her beyond the confines of her mind, her culture, and government oppression, saying:

It’s really incredible how literature can soar, travel alone, freely; even when I try to strangle it with my tense veiny hands, it refused to condemn me; it flies on its own accord; becomes independent from me; refuses to be silenced; and if it returns, it’s with a different accent.

Like the diarist Anaïs Nin, who Guerra admires, the intensely personal is just that, a searing first-person account that is meant to connect one soul directly to another. While Guerra’s Cleo is writing as a Cuban, this novel doesn’t ask us to generalize about her experience and make her representative of all Cubans.

But we are lucky, near the end of the novel, to witness a scene in the street when people are watching a television and Raúl Castro and Barack Obama speak directly to them following the normalization of the relationship between Cuba and the US—a real-life event that Guerra has indicated she has great appreciation for:

Both presidents began to speak at the same time from their parallel realities. The TVs broadcast both versions. Obama was speaking directly, without intermediaries, to the Cuban people. It was the first time an American president look us in the eye to talk to us.

Raúl explained his reasons for such a step and people looked at each other warily, afraid none of this was real, that we were all delirious, or that it was a trap, another trap life was putting in front of us for us to overcome as Cubans. The bipolarity of the moment, after almost six decades of waiting, the fear of expressing an ecstasy buried for so many years, put us in a strange timeless place, incredulous and alienated. Then, in Cuban code, Obama said, No es fácil, and people clapped recognizing our own words; they hugged, laughed, and started to consider it might be real after all, that things might really change this time.

At the end of Revolution Sunday, Cleo has a new life in New York. But there is a price for her freedom: she is denied permission to return to Cuba, and that is the deepest cut of all. “Without Cuba, I don’t exist. I am my island.”