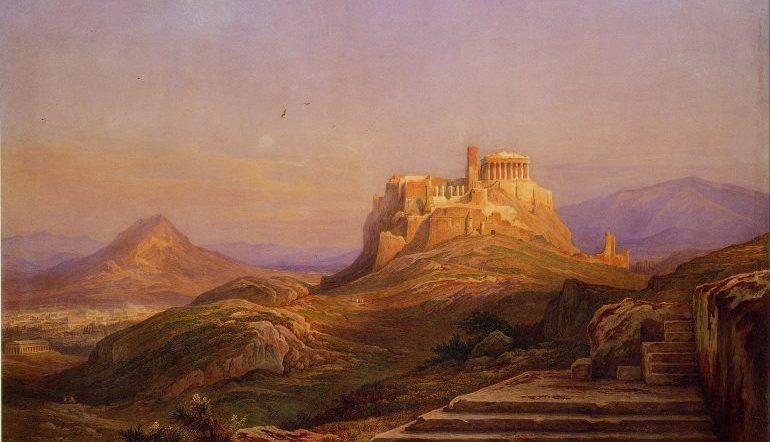 On April 4, 1968, when Robert F. Kennedy heard that Martin Luther King Jr. had been shot and killed, he knew what to do: he had a plane arranged to transport King’s wife, Coretta, and had three more telephone lines installed at the Kings’ home. In Indiana to campaign for the state’s presidential primary, Kennedy even knew what to say when he addressed a largely African-American crowd in Indianapolis that night. Without referring to the notes slipped to him by a staffer, Kennedy delivered a speech in which he quoted from memory a line from the Athenian dramatist Aeschylus: “In our sleep, pain which cannot forget falls drop by drop upon the heart until, in our own despair, against our will, comes wisdom through the awful grace of God.”

Tragedy felt familiar to Robert by April 1968, just two months before he would be shot and killed himself. That Aeschylus quote, which would eventually end up featured on RFK’s memorial in Arlington National Cemetery, had consoled the then attorney general in 1964 in the months following the assassination of his older brother President John F. Kennedy, whose political career Robert had built his own around.

RFK had devoured the writings of the twentieth-century classicist Edith Hamilton in the months following JFK’s assassination. (According to Robert’s biographers, Jackie Kennedy gave Robert a copy of Hamilton’s The Greek Way while they were in Antigua for the Easter holiday weekend. Robert, transfixed by the book, barely left his room after that.) The Aeschylus quote Kennedy repeated in Indianapolis—along with another ancient Greek quote he used, calling “to tame the savageness of man and make gentle the life of this world”—were Hamilton’s translations.

Today, fifty years since RFK’s assassination, the senator is known as the liberal icon that could have been. He is remembered for the radical social justice policies he promoted as senator and on the presidential campaign trail. That he died just at the moment his presidential candidacy looked viable—on June 4, he won the California and South Dakota primaries—makes his death itself seem like an injustice, an American tragedy.

The tragic nature of Kennedy’s life and death is, however, far more complex than the image of the senator as the President Who Might Have Been (one who would have avoided subjecting the country to Watergate’s tumult). Nowhere is this more evident than in the backstory behind the two quotes RFK used in his eulogy for King. Kennedy’s affinity for both quotes, and for Athenian tragedy more generally, suggests a yearning for guidance from past precedent in moments of crisis. That both quotes used in the King speech, as well as the idea of Athens that Kennedy imbibed, are seriously flawed makes his interest only more telling: RFK was looking for solace not only from loss but also from his own life, which in the years after JFK’s death, became a drawn out tragedy without a climax or resolution.

Kennedy’s Aeschylus quote—which ends, “in our own despair, against our will, comes wisdom through the awful grace of God”—is a poor translation that the senator himself misquoted. Judith Hallett, a professor at the University of Maryland at College Park who has written extensively on Edith Hamilton, notes a few discrepancies in Kennedy’s rendering of the Aeschylus line, taken from his play Agamemnon. First, Kennedy used the word “despair” instead of “despite”—a possibly telling slippage revealing the senator’s state of mind in the wake of King’s assassination. The quote also features a common elision made by Hamilton in translation. A devout Protestant, Hamilton changes the actual “gods,” plural, to “God,” singular, likely to avoid confusing or offending her monotheistic readers.

Even more than this, it is perhaps Hamilton’s reconstruction of Athenian tragedy, Americanized to focus on individual “poetically transmuted pain,” that appealed to Robert F. Kennedy. Hallett says that tragedy as conceived by Hamilton, a school headmistress with a master’s degree in classics but no further training, “focused intensely on individual suffering, democratic to the extent that it equalizes, and minimizes differences among, individuals who suffer and exult in their suffering.” A man of forty-two who had witnessed both his elder brothers die unexpectedly (Joe Jr. died while fighting in World War II), Kennedy needed solace and founded it in Hamilton’s writing. “Reading the Greeks was Jackie’s idea but something Bobby was ready for,” writes biographer Evan Thomas, adding that Aeschylus’s words “seemed to be speaking directly to Bobby.”

Hamilton’s concept of tragedy, focused on the individual experiencing the tragedy firsthand, departed from the reigning notion provided by Aristotle, who framed tragedy as an imitation of hardship that provides audiences with a purifying emotional catharsis. Robert Kennedy’s life, particularly after JFK’s death, may easily fit into this classification, but Kennedy’s own understanding of his life and fate suggests that his tragedy was having suffered not from the death of his loved ones but from having lived when he should have died himself.

As classicist and Penn professor Emily Wilson writes, tragedies need not end in death despite the common conception that they do: sometimes living after one expected to die or “overliving,” as Wilson puts it, is tragic as well. She defines this concept in her book Mocked with Death: “Lives do not always end at the expected time. Sometimes people go on living even after the moment when they or others feel they should have died.”

In the months after his brother’s death, Kennedy felt something akin to what Wilson describes. Wracked with guilt, he told confidantes, “It should’ve been me,” assuming that his brother’s death was retribution for the policies RFK had enforced as attorney general. It was around this time that Kennedy began memorizing Hamilton’s translations and using them in casual conversations, so much so that his eldest daughter, Kathleen Kennedy Townsend, still recalls them and his wife, Ethel, had an Aeschylus quote hanging above her bedroom fireplace: “’Life for him was an adventure, perilous indeed, but men are not made for safe havens.”

Kennedy’s complicated relationship with death and his continued life became more evident during his run for president in 1968. After delivering that now famous Indianapolis speech in the wake of King’s assassination that same night, Kennedy told his aides a familiar line: “My God. It might have been me.” But though he seemed to feel the possibility of death viscerally, Kennedy was unconcerned about guarding himself against material dangers while campaigning. “Living every day is like Russian roulette,” Kennedy said, when staffers wanted to increase security due to the number of death threats being made against the candidate. “There’s no way of protecting a country-stumping candidate. No way at all.”

But despite this fatalism, Kennedy’s despair was tinged with hope. As much as Hamilton’s notion of tragedy attracted him, he was also drawn to the more inspiring interpretations she offered, particularly the quote he used in the King speech about “tam[ing] the savageness of man and mak[ing] gentle the life of this world.” Kennedy used that same line on the day he left the Department of Justice, having resigned as attorney general some months after his brother died. He meant it to encourage the other Justice officials and civil servants whom he had encouraged to defend civil rights and prosecute organized crime.

The line, which Hamilton vaguely attributes to the “ancient Greeks,” has been debunked by classics scholars as a concoction, a composite of different lines brought together by Hamilton to appeal to her mid-century American readers. According to scholar Joseph Casazza, in his 2003 article published by The Classical World, the first half of the quote comes from an inscription in Delphi—made hundreds of years after Athenian democracy had petered out—that says Athens had “won mankind from the life of wild beasts to gentleness.” The second part seems to come from the work of a Greek historian writing that Athenians had “made gentle the life of the world.”

According to contemporary classics scholars, this kind of creation is unsurprising. Edith Hamilton’s many books on the ancient Greek and Roman world, though commercially popular and still used in schools today, are sloppy and inaccurate. Rather than giving a detailed and nuanced account of Athens, Hamilton’s books present a version of ancient Athens that appealed to mid-century Americans because it provided an image of a classical beacon of fair and democratic society that jibed with many Americans’ conception of their own democracy in the 1950s and 1960s.

Donald Lateiner, professor of classics at Ohio Wesleyan, says that Hamilton’s notion of Athenian democracy, which overlooks its oppressive and hierarchical qualities and use of slavery, could serve as a sort of justification for American anti-communist foreign policy during the Cold War. That Robert, who served as his brother’s attorney general and enforcer during John’s presidency, found Hamilton’s depiction of Athens inspiring is unsurprising. “The Kennedys found in Edith Hamilton someone who presented a way of conceiving of American power that gave them some cache of the ancient democracy but also found justification for the use of power in the promotion of an ideology of democracy,” Lateiner says. Kennedy, therefore, was an ideal embodiment and champion of Hamilton’s conception of tragedy, and, conversely, Hamilton’s rendering of Athens provided a template for Kennedy to project his longing on—a nostalgia for an existence that never existed, a sort of left-leaning version of the #MAGA moment that took hold of Americans in 2016.