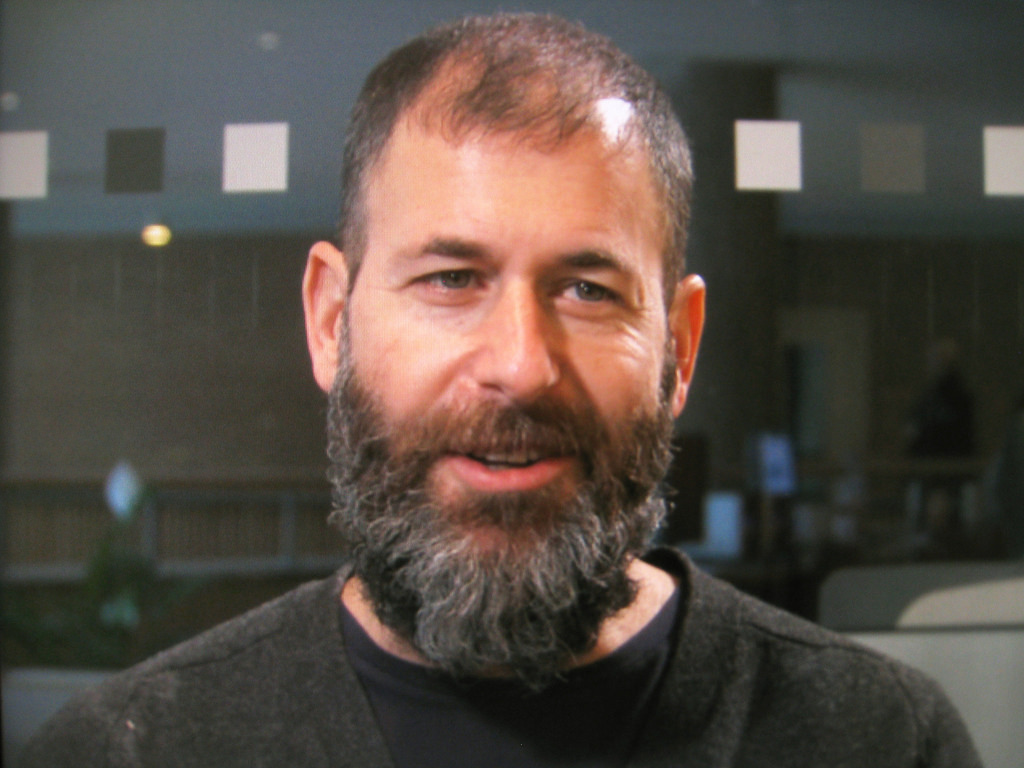 Kenneth Goldsmith, writing professor at the University of Pennsylvania and self-proclaimed “uncreative” poet, came under fire two weeks ago for performing Michael Brown’s autopsy report as a found poem at a conference at Brown University—and, in the aftermath, the incident has caused artists in every genre to ask: is there such a thing as going too far in conceptual art, especially for a white artist?

The Internet blowback has been intense, and Goldsmith received at least one death threat. He has since publicly explained he meant no harm, that in fact reading public eyewitness accounts of tragedies was part of his practice as a poet seeking to perform texts that tell the truth, without editorializing. He has asked Brown University not to release the tape of his performance (they have not) and proclaimed he would be donating his speaker fee to Michael Brown’s family, in the effort to alleviate the pain he has caused.

Many artists and doctors of all races have weighed in on the racial implications of such a performance—and these analyses are worth reading, as they parse out exactly what was so repugnant about Goldsmith’s decision to perform such a text.

As a young, white, student poet, I find myself very hushed by this story. I have seen how eager I and my fellow (white) writers have been to push our poems into historical, political, and, yes, racialized territory, wanting somehow to make our words matter, to engage with the outrages of our age, to push poetry past its ivory tower isolation. And on one level—especially since I was not in attendance at the conference—I want to give Goldsmith the benefit of the doubt and believe that this is what he was thinking when he decided to perform the autopsy report. Though, of course, I cannot know.

This event reminds me of how decidedly important it is for a writer, especially a writer of privilege, to ask oneself, before one takes on a topic, “Am I the right vessel for this message? Does my social, economic, racial, and gendered identity somehow implicate me if I were to present this point of view? How are my identity politics in confluence or at odds with the identity and dignity of the subject I am attempting to revere in my poetry?”

It’s hard (living through institutionalized racism is harder, I imagine; though, as a white person, I can only imagine). Get too broiled in those questions and you may stop trying to take on anything but yourself in your poetry and avoid wider, social issues like an un-vaccinated child on the playground.

There are some purists who would bristle at the above qualifying questions for composing poetry, even “found” poetry. Some might say that no topic is off limits because of freedom of speech. Because art is freedom. Because conceptual poetry is meant to offend, because the world itself offends, and found poetry is meant to be an uncomfortable mirror.

I am not one of those people. I don’t want to be one of those people. Because I will never know firsthand the pain of systematic brutalization of black bodies. I will never stand over a corpse and be responsible for determining cause of death. I can recognize and imagine—and of course, like my peers in academia, I could certainly intellectualize those things. But I’d rather be open to the idea that racism exists in all of us and micro-aggressions happen all the time. If I believe that, then the only real way to affect change is to open my ears and understand how these things can happen even to the most well-intentioned and well-educated of us—and then stop myself from adding to such moments and incidents, using what I’ve learned from being open.

As one great, mythologized mentor said to a tortured, would-be hero, “With great power comes great responsibility.” There is power to having a platform, a professorship, a white male identity, an academic audience, a conference circuit. Now it’s up to Goldsmith to incorporate that sense of responsibility even more delicately after this experience into his art.

I hope he does. I hope he keeps writing, especially about racially, socially significant events, and doesn’t let the unfortunate ugliness of internet backlash keep him in the realm of defensiveness for too long (though it is understandable; those who made death threats are just as offensive to me as Goldsmith’s poem, as are those who viciously attacked Goldsmith as a symbol of white supremacy/ignorance rather than as a man who is human like the rest of us). I hope instead he opens his heart to the core reason for the outrage, and makes a change in how he incorporates difficult, important topics in his art alongside his own identity in order to write more boldly, more compassionately. A difficult act to be sure, since once we are attacked personally, we are almost always more likely to be defensive. But a necessary one if we are all to grow and learn and write–and also to live better, deeper, than before.