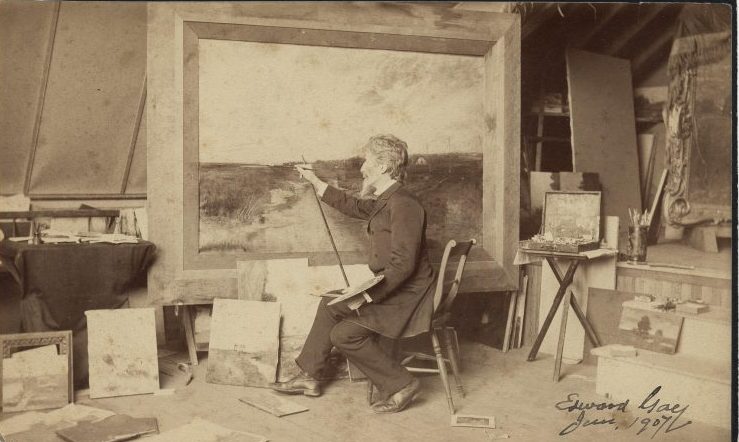 One of my truly terrible habits is a reflexive desire to pour salt on a wound. Tell me your troubles, and I’m likely to say, “Oh, this is so much worse than you think.”

For example, many editors and agents have said to me over the years, “I loved this book. I can’t believe it tanked.” Without thinking, I nearly always reply, “Well, there’s no correlation between sales and quality.” I’ve yet to meet the person who welcomed this advice.

In each of these cases, I was referring to the quality of the prose. These were books that were easy to read and seemingly easy to edit, but clearly that’s not the only way to measure quality. A good book isn’t just well-written. It might be inspiring, gripping, enlightening, depressing, or a dozen other things. It might win awards or have high sales figures (though both are entirely debatable, especially since awards rarely go to the biggest bestsellers).

The debate, between advocates of sales and advocates of literary quality in determining the success of a book, had a new entrant last week in the form of Ursula K. LeGuin’s National Book Award speech, where she urged the publishing industry to remember that the point of this is art, not commerce.

I admit that as a regular purveyor of depressingly specific marketing advice, I neglect to mention this salient fact: the way to good sales starts with great art.

Last week was the 65th Annual National Book Awards, which is always a fascinating event. This time was especially interesting as one of the award winners, Phil Klay, won for a collection of shorts stories about the war in Iraq. The last time a collection of short stories won was in 1996–Andrea Barrett’s Ship Fever. Ursula K. Le Guin took home the Medal for Distinguished Contribution to American Letters.

In her speech, she lambasted the leaders of industry—many of whom were sitting before her in tuxedos and gowns—for letting sales departments boss them around. To wit: “Developing written material to suit sales strategies in order to maximize corporate profit and advertising revenue is not quite the same thing as responsible book publishing or authorship. (Thank you, brave applauders.)”

It’s an important reminder, and one that went viral after the event. One version of it on YouTube has over 150,000 views.

The Definition of Irony

I wonder what the response would have been like if the speech had been given by Klay. After all, his book is exactly the kind of thing Le Guin is saying we must never lose sight of. The book was published by one of the most lucrative and prestigious imprint in publishing, The Penguin Press. (Full disclosure, I was an agent when I started blogging for Ploughshares, but I’ve recently joined Penguin Random House and I sit one floor down from the Penguin Press team.) It’s a book that on the surface is more “important” than “commercial.” A collection of stories by a recent war veteran is never a sure bestseller.

Le Guin, on the other hand, is best known for a YA book about a school for wizards. If there are truly sales and marketing teams trying to build bestsellers like they’re building widgets, they are likely aiming for something much closer to her work than Klay’s.

I could have easily imagined someone attacking the National Book Awards the day after the ceremony over the image of Neil Gaiman handing a lifetime achievement award to Ursula K. Le Guin, one very commercially successful genre author congratulating another. That imaginary columnist, however, would be missing the point.

Le Guin may have gotten famous for writing a YA novel about a school for wizards, but she did it first. Many writers from all genres have written about their experience reading her books and the ideas and scenarios opening their eyes to what literature could be. When she published her book, it wasn’t clear that this was going to be a sure thing commercial success.

When J. K. Rowling wrote Harry Potter and the Sorcerer’s Stone, she knew that there could be an audience out there for her book, because so many young readers had loved the Earthsea books before. Rowling’s book transcended genre and won over readers from all walks of life, but when Le Guin wrote her books, she was hoping to win over readers who had more recently been reading very different kinds of books, like those by Robert Heinlein. A larger audience was almost certainly out of the question.

So while publishing now sees writers like her as highly marketable commodities, for the bulk of her career she lived in a very different world.

Even though there are plenty of superficial similarities between her work and the Harry Potter books, Rowling’s book are fun and moving, but also highly original. In fact, the books that have become a sales phenomenon in her wake are very different. If you want to write the next monster series, I’d recommend not making it about wizards, vampires, or repressive dystopian politicians.

Back to Sales and Quality

While I applaud Le Guin’s message, and I try to remind myself of it often, I do think she’s wrong about something. I think she has the trend exactly backwards. If you work in publishing, you have to spend a lot of time thinking about sales and the bottom line. You have to say, “No” to projects you might personally love because they’re not going to reach a wide enough readership. Quality isn’t always a good indicator of future sales. However, it’s a better indicator now than ever before.

Most of the people in the room at the National Book Awards remember when their sales and marketing departments had a lot more clout. You could get a certain amount of sales out of easy-to-engineer methods, like getting the book stacked up at a chain bookstores, getting the book review in the Times, and putting ads in key places. Readers had fewer ways to find out about books, so while that formula might not have gotten you a bestseller, but it could get you a few thousand sales. And the spotlight shone on what editors like, not what readers like.

A fresh and surprising book, one that’s even unsettling in its originality and desire to speak truths, is more likely to find readers now than any time in publishing history.

The sales departments demanding another sure-fire dystopian YA novel to “sell like deodorant” will likely lose out the sales department who embraces a new book that’s like nothing they’ve read before, because all of the power now lies, really, with the readers.