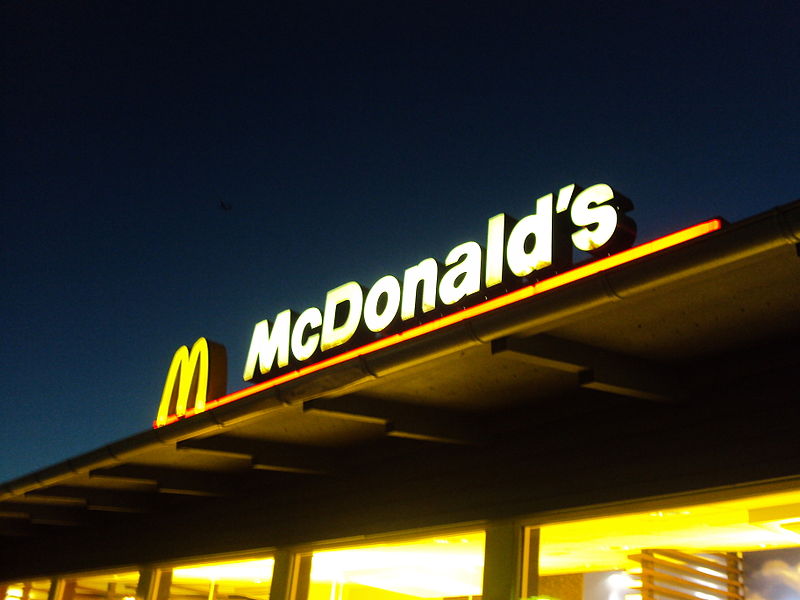 Roald Dahl’s estate, the National Literacy Trust, and McDonald’s have teamed up in a smart, new installment of the fast food franchise’s recent UK literacy initiative, Happy Readers. Fourteen-million Roald Dahl books have been created specifically for the project, featuring excerpts from some of the author’s classics, and will be distributed with Happy Meals in the United Kingdom.

In an interview for The Guardian, Director of the National Literacy Trust Abigail Moss said, “Many parents will have enjoyed the wonderful world of Roald Dahl when they were young and now they’ll be able to share these iconic stories with their children. The scale of the campaign will reach millions of children, including many who haven’t owned a book before, inspiring them to enjoy reading and improving their life chances.” This isn’t an empty public relations promise, either: around fifteen percent of children do not own a book, and McDonald’s’ considerable reach will help not only to change that disappointing fact, but to encourage many young people to grow into lifelong readers.

The facts compel: young readers, and those read to when young, are better set up for success. If there is any criticism of the Happy Readers initiative, it is that it has only taken off in the UK and has not yet been launched in other countries.

Unlike Chipotle’s Cultivating Thoughts series, McDonald’s Happy Readers seems to risk little in distribution. I approached Chipotle’s venture with a degree of hesitation for its implicit suggestion that literature is disposable. Happy Readers, however, is circulating the work via specially printed booklets. In addition, the initiative isbeing produced by a company that, according to Gus Lubin and Mamta Badkar at Business Insider, has “daily customer traffic (62 million) greater than the population of Great Britain.” It’s a project that is especially exciting for its growth potential–the prospect of this project moving its franchises globally.

This is a truly thoughtful and smart move on the part of a company that has come under relentless fire for its public face as a fast-food industry giant uninterested in the well-being of its customers.