Home
»
Round-Up
»
Round-Down: The Black and White Business of Confronting Racism in Literature 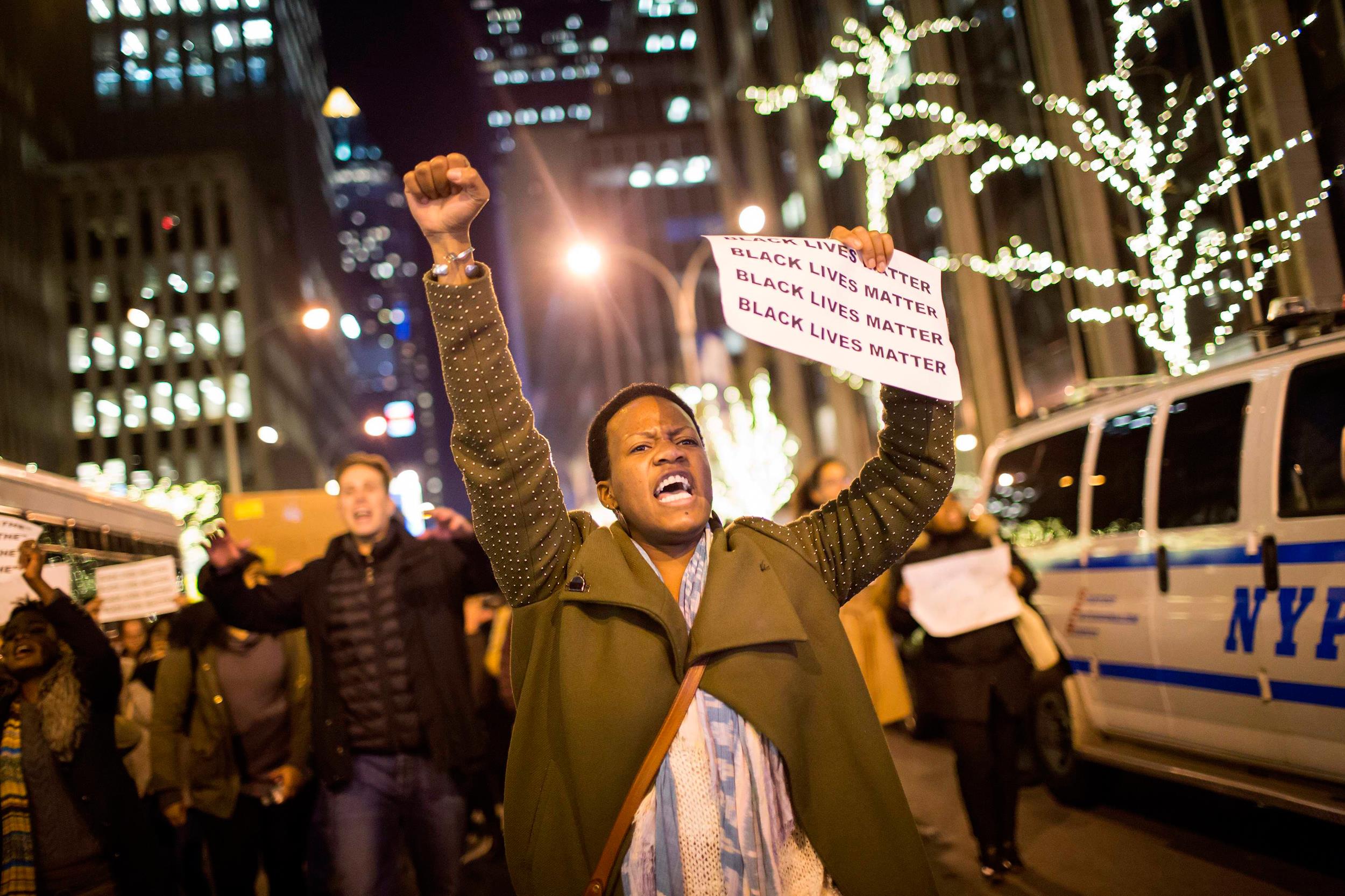 Like most Americans, I’ve been stunned the last few months by the verdicts in Ferguson and New York. Tens of thousands of protestors, black, white and brown, have taken to the streets and to social media to voice their protest and outrage at the implicit message received from these verdicts that black lives don’t matter—but who is putting pen to paper in attempts to record such moments in literature?

I ask this question as a young white poet at UNC Wilmington—a city that is no stranger to racial tension and violence. This semester, I took a graduate-level poetry workshop called “Gazing In, Gazing Out” where we discussed poetry under two lenses: that which speaks more confessionally and personally versus that which speaks more politically and socially consciously. The essential question that arose from that class—from, I couldn’t help but notice, a room full of young, white writers—was this: How can our art be political without being preachy? Rhetorical without turning into a rant? Sensitive to identities other than those we were born with?

But after reading a series of articles in the news lately about art and our current times, I can’t help but ask now: Who else has the luxury of debating this but white artists? And who else has more of a responsibility to step up to the challenge now more than ever?

I felt most humbled and called out this month in this regard by black poet Danez Smith, the recipient of the 2014 Ruth Lilly & Dorothy Sargent Rosenberg Poetry Fellowship, who recently addressed an open letter to white poets. In it, he admitted, “There are people I cannot reach because what I make is degraded (& why not glorified?) for its label of black art. I implore, I need you to make art, black, dark art that shines an honest light on the histories of your paler kin.”

Smith lauds Claudia Rankin’s recent book, Citizen: An American Lyric, which was a finalist for the National Book Award and was featured recently on PBS’ NewsHour. In it, she focuses on micro-aggressions, the tiny moments that capture what and how people think about each other in terms of their skin color. An example is the moment a man cuts in front of a black woman at a store, for instance, because he doesn’t see her. These are the small moments that ultimately, Rankin points out, led to explosions of racialized violence. The power of poetry lies in its ability to zoom in and point out those quiet, seemingly innocuous moments before they explode up the chain of culture.

Smith’s post suggests, however, that he is tired of seeing only poets of color tackle such micro and macro moments of aggression when it comes to race. I wonder if more young white poets feel they need to have permission to write about race in this way and to what extent Smith’s open letter is a testament to the fact that white artists are afraid of being labeled as racist, as persons who are attempting to speak for or otherwise co-opt the narrative in a further oppressive way, and who therefore stick to safer, as Smith terms it, selfish confessionals.

In a recent article and subsequent panel for the New York Times, critic A.O. Scott states provocatively that our art is currently failing us, that he has been waiting for the next Grapes of Wrath or Raisin in the Sun or other literary insight into the injustice and social unrest of our times in this post-2008, Occupy Wall Street era and has been disappointed. [Side Bar: That Mr. Scott failed to cite Invisible Man or Native Son, two powerful reflections of racialized issues in America written by black men, as potential role models, is, shall we say, interesting, given Smith’s lament that black art by black artists is often undercut, un-remembered, and that we therefore need black art by white artists].

Coupling Scott’s essay with Smith’s open letter, I am left only to wonder further, are white writers failing to show up for their side of the conversation when it comes to art’s social responsibility? Where are the white writers brave enough to be vulnerable enough to tackle moments of micro-aggression in this “post-racial” society?

Before coming to UNCW, I taught poetry in Detroit and sometimes had difficulty communicating poetry’s worth and power to many of my students who were used to equating poetry with Robert Frost and T.S. Eliot—that is, as Adrienne Rich writes, a vision of poetry as something to be finely fingered rather than as a de-stabilizing force. Many of my students thus intimated what Adrian Mitchell wrote—that “most people ignore most poetry because most poetry ignores most people.” To counter such sentiments, I sought out poetry by poets of color so that my mostly minority students could see poetry that spoke of lived moments of micro- and macro-aggressions.

I did not, in my efforts, I now realize sadly, try to find poems written by white poets about specific moments of racism—didn’t even think to look—and in that decision, subconsciously aligned myself with the idea that writing about race is the job of people of color—not mine or writers like me.

If literature is to rise to the challenge of our times, as Scott insists, then perhaps we–and by we I mean not only but especially my white colleagues in art and the academy–must push not only for consuming, but also, as Smith calls for, creating an art that is more socially and racially conscious. Finally, if poetry is to be a necessity and not a luxury as Audre Lorde writes and Scott channels in his essay, then more of us, regardless of our skin color, need to start not only applying for the job of testifying in our art, but working hard to turn those moments of testament into poetry that has the power and nuance to illuminate a problem many may claim no longer exists.