Home
»
Reading
»
S-TOWN and the “Daunting Exercise” of True Crime 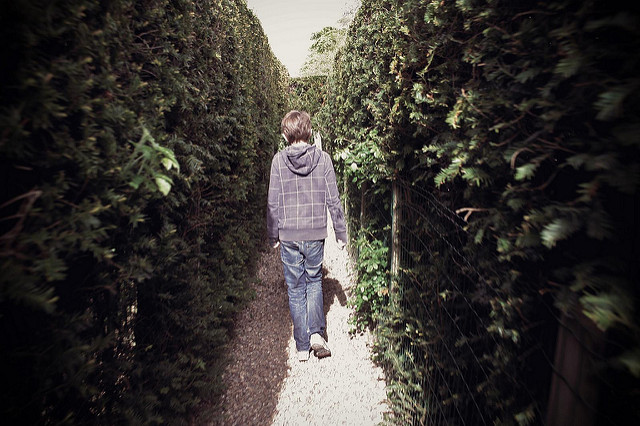 Less than forty-eight hours after Serial and This American Life released their new true crime podcast, I got a text message from a friend about it. “S-Town podcast. Listen immediately. All seven episodes.” He had just binged the entire series on a flight from Los Angeles to Boston and wanted someone to talk to about it. True crime has been a secret passion of mine for a long time; I watched hours and hours of Forensic Files and Unsolved Mysteries as a kid, which eventually led me to devour books like Erik Larson’s Devil in the White City and Dave Cullen’s Columbine. In the last year or so, after the unstoppable rise of genre-redefining podcasts like Serial and My Favorite Murder, I’ve tried to stop being embarrassed about it. “I’ll check it out,” I told my friend. “I’m secretly a true crime nerd.”

“Well this is about way more than that,” he responded, explaining that I’d understand after I listened to it.

Even though the comment made me feel a bit abashed, it also piqued my interest. True crime, of course, comes in a number of forms and styles, all of which are subject to the same value judgement as any other genre. But, as I understand it, good true crime extends beyond the actual crime. In Under the Banner of Heaven, Jon Krakauer profiles Ron and Dan Lafferty, fundamentalist Mormons who murdered their sister-in-law and her daughter in 1984. By intertwining his investigation of the Lafferty brothers with an in-depth history of The Church of Jesus Christ of Latter-day Saints, Krakauer lays bare what he describes as “a dark side to religious devotion” and “the far territory of the extreme.” “If trying to understand such people is a daunting exercise,” he writes in the book’s prologue, “it also seems a useful one—for what it may tell us about the roots of brutality, perhaps, but even more for what might be learned about the nature of faith.”

When it doesn’t merely rely on shock and awe, when it doesn’t just romanticize violence, retelling a crime is also an attempt to reread it. In Margaret Atwood’s Alias Grace, the famed 1843 murder of Thomas Kinnear and Nancy Montgomery is expanded, incorporating the rise of spiritualism and developments in the study of mental illness. Grace Marks, Kinnear’s sixteen-year-old maid, was convicted of the crime and spent decades in prison before being pardoned. Marks has since become a notorious figure, and Atwood’s use of newspaper clips emphasizes history’s fascination with the young woman’s simultaneous beauty and villainy. “The combination of sex, violence, and the deplorable insubordination of the lower classes was most attractive to the journalists of the day,” Atwood writes in the afterword. By braiding together fact and fiction, she endeavors to reflect “contemporary ambiguity about the nature of women,” which felt a little too relevant when I read it a few months ago.

Though S-Town, as I came to find out in my own seven-hour binge, veers away from the crime that host Brian Reed sets out to investigate, its central motivation is a similarly daunting exercise. Ultimately, the series attempts to solve what the New Yorker’s Sarah Larson calls a “human mystery.” In the first episode, we learn that Reed received an e-mail claiming someone had gotten away with murder in “Shittown, Alabama.” The e-mail came from John B. McLemore, who Reed later describes as a “polymathic, middle-aged clock restorer.” Through enthusiastic rants about his shitty, backwards town and somber admissions of depression, McLemore draws both the reporter and the listener into his world of unsolved problems, only one of which is the alleged murder he reported to This American Life.

“There can be hundreds of tiny individual pieces,” Reed says of restoring a centuries-old clock, “each of which needs to interact with the others precisely.” After a few twists and turns, someone does end up dead, and Reed finds himself struggling to solve the puzzle, to assemble the pieces and understand the whole device.

Like a lot of true crime books and films, S-Town has its problems, and critics are already questioning whether or not this maze-like narrative, replete with moments of unchecked racism and unresolved storylines, should have been told. Either way, its combination of literary storytelling, investigative journalism, and cultural study forces the listener to think beyond the central question of a podcast about a crime—Who did it?—to a more turbid, albeit no less urgent line of inquiry. “It’s not a whodunit,” Larson explains. “It’s a What happened? or a Did something happen? or a What are we doing here?”