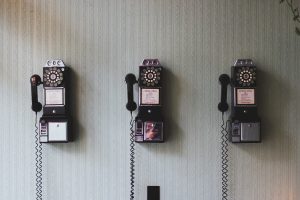 When I got back my scansion assignment, a grad school project in which I had to chart the stress patterns in a few Weldon Kees poems, I was startled to see that my prof David had revised quite a few of my notations, citing that I’d used more unstressed syllables than was correct. I’d gone into the assignment feeling confident that I’d be able to scan a poem, as the scansion exercises we’d done as a class had made so much intuitive sense to me. The problem, I realized later, was that I’d heard my prof read aloud our poems of study, with his Minnesotan (albeit long estranged) pronunciations, and with all the natural cadences of his speech that the poem’s diction and syntax could afford. When I got home and murmured these poems to myself, my pencil hovering over each syllable, I sometimes substituted in idiosyncratic stress patterns, influenced heavily by the region in which I learned to speak.

A few years ago, I took a dialect quiz from the New York Times in which I had to answer questions like what I call the concrete or green space between two roads (“median”) and how I say “lawyer” (not “LOY-er,” but “LAW-yer,” where “-yer” is more a grace note than a syllable). I didn’t expect accuracy, as so many people in my temporary home of Pennsylvania had lamented over the fact that I didn’t have a “pleasant” Southern accent, despite having spent all of my life up until that point in the South. When I submitted my answers, however, the quiz generated the three best guesses for the place from which I hail: 1) Chattanooga, TN (my hometown!), 2) Louisville, KY, and 3) Huntsville, AL. Likewise, upon meeting her at a writing conference, the impeccably keen poet Melissa “Ranger” Range (herself a native of Johnson City, Tennessee) immediately discerned my birthplace: “You’re from Chattanooga, aren’t ya, girl?” she asked, within minutes of meeting me. Although my Keystone State pals could never hear the twang, these evidences perhaps make a case that there’s something inherently “southern” about my approach to English.

At a writing conference a few years after my scansion assignment, the poet Tom Sleigh introduced to the workshop child psychologist D.W. Winnicott’s concept of one’s “fundamental orientation toward language,” the idea that, as I understand it, our earliest experiences with language deeply and irrevocably influence our ongoing usages, tendencies, and conceptualizations of language. My childhood recitation of rites from the Book of Common Prayer in my Episcopal church likely has something to do with how I think about language, as does that country music radio my mother left on for me while I slept every night. Although I have largely lost (or never had much of) an accent, my fundamental orientation toward language is one of cadences incongruous with “perfect” scansion.

The very same prof who noted my scansion errors also told me later on that it was his experience that southerners tended to stress fewer syllables, especially in comparison to someone from a northeastern, urban center, lending the southern accent some of its laziness of speed and enunciation, the slur (perhaps the “charm”?) of the drawl. As a side note, let me climb on my high horse for a second and say that there is no one “southern accent,” and the regional variations are best described by a linguist, but I can hear it now that I’m attuned. Visiting family in north Georgia, I hear lots of anapests in their heavy, rural accents—“I heard that,” says my father-in-law as an affirmative, delaying the stress until the “that”—and even more impressive endurance runs of unstressed syllables.

Now, in order for me to “hear” a poem and locate its “correct” scansion, I have to do a little modeling of a “normalized” accent and cadence—the “poem’s English,” if you will. Conversely, I also want to honor the poets’ original orientations toward language, therefore prompting me to know a little bit about the dialect of English in which they spoke and wrote. For me to scan a poem by Wisconsin-native Lorine Niedecker versus Louisiana-native Yusef Komunyakaa requires a very different understanding of English cadences and pronunciations. At another extreme, scanning Shakespearan sonnet, which has been regularized in the inertia of scholarship, is an even different task, or should be. Too often, I fear, we ask students of poetry—academic or dilettante—to use the scansion tools a scholar uses with Shakespeare on modern and contemporary poems in the American Englishes, asking them to swear fidelity to prosody with their right hand on a dog-eared copy of Paul Fussell’s Poetic Meter & Form. Is this truly an inclusive approach to thinking about stress and cadence in poetry? How does the standard of a “correct” scansion exclude some readers, poets, and poetic traditions based on region, class, race, culture, or ability? (With the latter, I’m thinking especially of individuals with hearing impairments, auditory processing disorders, or different speech abilities.) How might the practice of scansion as a tool toward understanding and crafting poetry become more equitable and expansive so as to allow for poets’ and readers’ different fundamental orientations toward language? These questions, while not immediately answerable, might serve as a guiding way to approach the practice of scansion and our understanding about poetic craft, insofar as they recognize the modalities of poetry as a spoken form, with human voices behind them.