Home
»
Critical Essays
»
Scattered to the Wind: Three Novels on Migration from the Middle East and North Africa 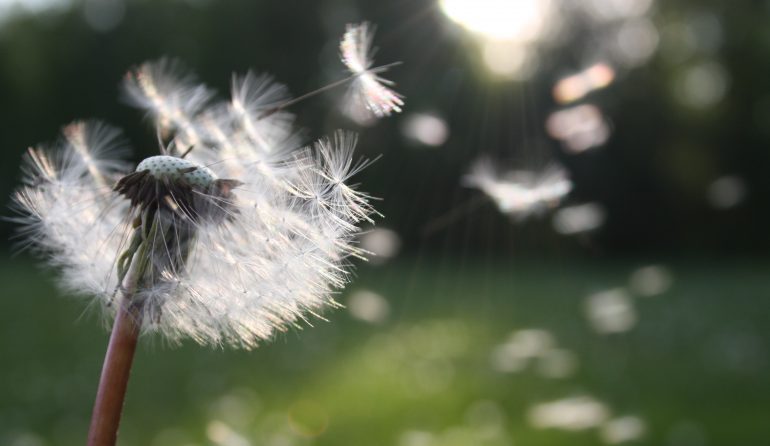 Three debut novels published in recent years feature immigrant journeys from the Middle East and North Africa, shedding light on some of the human stories of the current global migration crisis. They give context to the untenable circumstances left behind, the hard gamble between risk and hope, and the lingering sense of a fragmented life that can haunt immigrant families for generations.

Laila Lalami’s Hope and Other Dangerous Pursuits opens with migrants piling onto an inflatable boat off the Moroccan coast to begin a harrowing journey across the Mediterranean Sea to Spain. There’s the clever college graduate Murad who has grown tired of hustling tourists for pocket money, Halima, determined to flee her abusive husband with her children, Faten, a young devout Muslim trying to assert her independence, and the adrift Aziz, who leaves his wife behind to seek work to support his family.

The author’s crisp, pared-down prose quickly paints a picture of this fateful moment, giving a sense of the urgency and desperation of all on board, of their faith—however tenuous—in the raft’s ability to transport them to safety, and of their hopes for a better life in Europe. It’s a scene that reflects the numerous tragic stories of migrants from across the region trying to cross the sea in recent years, stories often reduced to news blurbs and photos splashed across our screens, or statistics and sound bites from politicians, with little more context. Lalami recollects here the event that inspired her to delve more deeply into the immigrant experience:

The news was relegated to the bottom of Le Monde’s online page—fifteen Moroccan immigrants had drowned while crossing the Straits of Gibraltar on a fishing boat. They had left Tangier on a summer night, trying to navigate the short distance—only ten miles—that separates their homeland from Spain . . . The boat was overloaded and ill equipped to handle the strong Mediterranean currents, and it capsized a couple of miles away from the coast. There were no survivors.

Hope and Other Dangerous Pursuits presents narratives of departure as well as narratives of arrival, probing into the individual circumstances that precipitated the journey and leading to a divergent outcome for each one. A Moroccan American born in Rabat, Lalami wanted to explore more of the root causes and lasting effects of immigration; the structure of this novel-in-linked-stories aligns with her view of what makes the immigrant experience important to tell.

“I feel that too much of immigrant literature focuses on a narrative of arrival. . . . There isn’t enough focus on all the things that people leave behind,” Lalami said at a reading hosted by Google. “Immigration is something that splits your life into a ‘before’ and ‘after.’ I just felt like I wanted to pay homage to that.”

Randa Jarrar explores similar themes in her novel, A Map of Home, which follows the journey of a family from the United States to Kuwait and Egypt and back again. The story reveals how weighted this notion of the “before” and “after” can be for the diaspora, particularly over the course of generations, multiple moves, and the legacy of displacement due to conflicts in the Middle East.

Young Nidali, the main character whose name means “my struggle,” tries to understand her father, a Palestinian who longs to return home:

Baba said that moving was a part of being Palestinian. “Our people carry the homeland in their souls,” he would tell me at night as he tucked me in. This was my bedtime story when I was three, four. “You can go wherever you want, but you’ll always have it in your heart.” I’d think to myself: “That’s such a heavy thing to carry.”

In one scene, father and daughter try to draw a map of Palestine from memory, but become stymied by how to illustrate the complexity of borders shifted over time, how to reconcile the expansive image of the homeland in their minds. Nidali decides to erase the border lines, affording more open space, as her father muses, “There’s no telling where home starts and where it ends.”

Throughout Nidali’s moves from place to place in her school years, she experiences much more than a single split from “before” to “after”—the transitions are constant and dizzying. She describes her adjustment to life back in the US, saying, “I was missing a hundred different things from ‘home,’ and the sad part was, I was starting to forget what they were and where home really was.” She longs to feel rooted to a place and says, “I feel splintered, like the end of a snapped-off tree branch.”

The many dynamic characters in Hala Alyan’s newly released debut, Salt Houses, also struggle with this sense of splintering as they migrate, over generations, from Jaffa to Nablus to Kuwait, and then scatter to far-flung points in Paris, Boston, Amman, and Beirut.

For Alia, one of the central matriarchs of the story, it becomes imperative to shed past losses as much as possible in order to move on. When tempted to dwell in memories of her childhood home in Nablus, the seashells she would collect, or a favorite silver coffee pot left behind, she would remind herself: “Nostalgia is an affliction . . . Like a fever or a cancer, the longing for what had vanished wasting a person away. Not just the unbearable losses, but the small things as well.”

Alia and her husband, Atef, live by the tacit rule, “If it hurts, leave it . . . So she spoke of it less and less, everything they’d left behind, her dreams of walking into her childhood bedroom, the way her entire body drummed when she thought of the place that was, suddenly, not hers anymore. She folded it away.”

Despite attempts to tuck away the past, however, the effects of displacement continue to unfold in the stories of the next generations. Their daughter Souad longs for continuity and familiarity, though her life too is one of constant uprooting. Souad’s daughter, Manar, in turn has an inexplicable longing to set foot in the Palestinian towns of her ancestors and feel a connection to a homeland she has never known herself.

In the end, Atef, now a grandfather in old age, speaks of his outlook on a life of upheavals and scattered memories: “What is a life? A series of yeses and noes, photographs you shove in a drawer somewhere, loves you think will save you but that cannot. Continuing to move, enduring, not stopping even when there is pain. That’s all life is, he wants to tell her. It’s continuing.”