Home
»
Critical Essays
»
Seeing Too Much, Seeing Nothing At All: On Dracula and Nosferatu 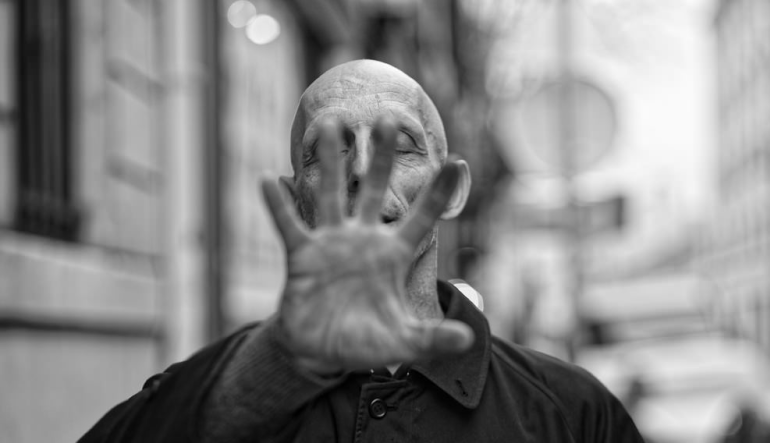 Dracula is cloaked in dark. This is fundamental to his myth. He haunts his grounds at night, and stalks the holds of a ship; never clearly seen, or seen the same way twice, he is misinterpreted. Sunlight weakens him. An interesting element in Stoker’s novel is that while its central characters shrink from the Count in instant dread, he walks among the greater public unnoticed, passing as a genteel aristocrat.

In 1922, the German filmmaker, F.W. Murnau, produced the first, and best, adaptation of Dracula for the screen. Trying to skirt the issue of intellectual property, he called his film Nosferatu, after the Romanian word for Satan, and renamed the Count “Orlok” (he failed—Stoker’s widow sued for infringement and won, and a court ordered all copies of the film destroyed. This was an order, fortunately, that proved impossible to realize).

Nosferatu the film explores dread at depths its not-quite-namesake couldn’t manage to plumb. It is a story—sort of—about absence, and absence is far more terrifying in a movie theater. Novels nourish the mind’s eye; the projector stifles it. Absence on the page is innocuous blankness, or a story someone isn’t sharing (fittingly, Dracula is an epistolary novel, the form where characters’ perspectives are at once the most focused and the most limited). Absence on the screen is deprivation. It is pitch. Stoker may provoke fear with mystery, but the ignorance of not being told is somehow less confining than the ignorance of not being shown. There is something especially panic-inducing about not being able to see: it is real, it is violent, it is as physical as an unexpected hand sliding across your face from behind. Murnau puts darkness everywhere in Nosferatu.

Count Orlok, for contrast, is as white as a worm.

He is visible, and significantly, he is unmistakable. His first appearance onscreen is in preposterous disguise. Riding to greet the hero in the costume of a messenger, Orlok peeps his sunken eyes and pallid snout between a low brimmed hat and a high collar. It is literally true that the sun would kill him, but the scene also highlights Orlok’s unconcealable grotesqueness alongside the hero’s naivete. The nobility of Stoker’s villain is nowhere to be found. The castle is empty and rat infested, and Orlok is frankly one of the most horrifying creatures to ever grace the screen. That the hero cannot guard himself against such obvious evil is a meaningful departure from the book. In Nosferatu, Murnau establishes a frightening disconnect between what his characters believe and what is plainly in front of their faces. Orlok’s would-be victims awake from nightmares at dawn, laughing.

“How often we see Murnau opening and closing doors,” Ruediger Suchsland says in his documentary From Caligari To Hitler (based on Siegried Kracauer’s 1947 book of film criticism). “They represent entry points to the closed-off realms of our soul.” It is true that when I visualize Nosferatu after so many viewings, it is those dark doorways opening on empty rooms that linger as much as the hideous Orlok himself. I am struggling to connect that impossible nothingness with the film’s, and the novel’s, themes of an evil that can’t hide itself. The premise of From Caligari to Hitler, of course, is that the classics of German Expressionism of the 1920s provide crucial insight into the rise of Nazism, and here, the 1922 film departs significantly from Dracula, which was written in the late 19th century by an Irish man.

Though the story is chiefly the same, if we must be precise, Dracula is about people who are hardly fooled by a monster who attempts to ingratiate himself to them, while Nosferatu is about an unequivocal ugliness that is ignored for entirely too long. Here’s another key difference: the characters in Dracula wise up and fight back. Nosferatu has subplots about mislaid blame. Count Orlok’s death toll is at first attributed to a plague; eventually his lackey, Knock, is made scapegoat.

The connections to familiar fascist tropes there are easy to draw. I am going back to the perplexing relationship between the unseen and the all-too-known: the hideous Orlok who is ignored and the darkened doorways he obscures. I cannot think today about Stoker or Murnau without thinking about how the ugliest dimensions of American empire are somehow, inexplicably, at their most invisible because they are at their coarsest. The refined Count Dracula who fools no one is no longer a useful metaphor; that curtain has been wrenched down and trod upon. I have thought and thought about the hideousness of Orlok and the indescribable nothingness he emerges from, looking for a thesis, looking for a neat conclusion, and I cannot for the life of me determine why we are seeing so much and also nothing at all.