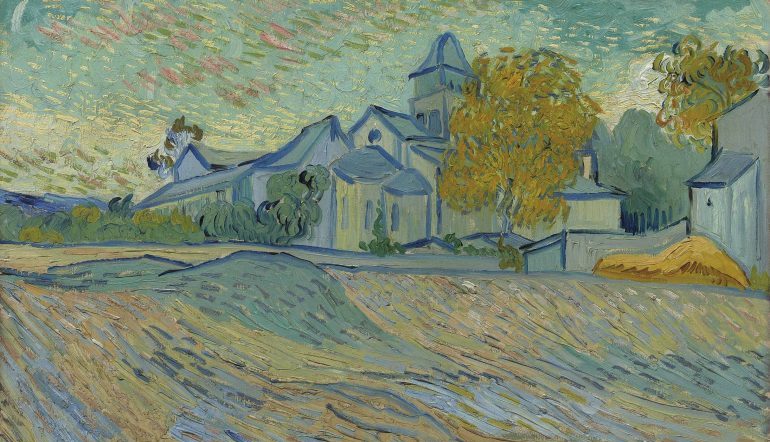 I live less than a mile from the Oregon State Hospital, which for many years was known as the Oregon State Insane Asylum. There aren’t many internationally famous landmarks in this sleepy capital city, but film buffs all over the world know it as the setting of Miloš Forman’s 1975 adaptation of Ken Kesey’s One Flew Over the Cuckoo’s Nest. It’s a massive, imposing structure, with an ornate spire over its main entrance and an unbroken, fortress-like wall with narrow windows running ten or so blocks down Center Street (once known as Asylum Street). Every time I drive by I can’t help but picture the Chief suffocating Jack Nicholson, smashing a window, and running to misty freedom in the wilds of Oregon.
Most of the original hospital buildings are currently in the process of being demolished, and for good reason: built in 1883, and underfunded by the state legislature for years, the place has been habitually neglected, and in 2005 was deemed architecturally unsafe. Conditions for patients have been unbearable for decades, and a recent spate of suicides have raised new questions about the hospital’s management. A new facility is scheduled to be completed next year, with great promises for the improved lives of the state’s mentally disabled.

This is good news, of course, and I applaud the legislature for finally taking responsibility–and even more, the journalists who exposed their irresponsibility in the first place. Still, a part of me is heartbroken now when I drive down Center Street and see wrecking balls and rubble. This is the irrational part of me, the romantic part, the part that spends more time imagining worlds that don’t exist than scrutinizing the one that does. It’s also, I suppose, a product of my privileged life; I’m lucky enough not to have to spend my life behind those imposing walls, and I know that those who do have no reason to mourn with me for the stories the wrecking balls obliterate.

Mental hospitals hold a crucial place in my imagination, though I’ve never spent time in any, at least not as a patient or ordinary visitor, and though it’s mostly accidental that I live near one now, I find myself oddly at home residing in their shadow. I grew up less than a mile from another famous one, Greystone Park Psychiatric Hospital in Morris County, New Jersey. Built just a few years before the Oregon State Hospital and similarly based on the theory of hospital design promoted by Dr. Thomas Kirkbride, Greystone–originally called the New Jersey State Lunatic Asylum at Morristown–was revolutionary for its time, a facility built with the idea of compassion and humane treatment in mind. Unlike the hospital here in Salem, Greystone was set on 700 acres of rolling hills in what was then a rural paradise, half an hour west of Manhattan. There were exercise rooms, a working farm where patients could spend their days harvesting crops, and beautifully landscaped grounds upon which they could stroll while taking their cure.
Like most institutions of its kind, its humaneness suffered from overcrowding and underfunding, and by the time I came along, most of its old buildings were dilapidated, and several were already abandoned. Driving past with my parents I’d gawk at the crenellated stone walls and windows covered in iron bars and imagine all kinds of horrors taking place behind them. At night I’d hear sirens and picture escaped psycho killers on the rampage through my neighborhood and get myself so worked up that I couldn’t sleep for days. But as much as the place scared me, it fascinated me more, and I always hoped my father would take the back route to Morristown, which led us straight through the complex and past the hospital’s old barn and grain silo, both of which were slowly collapsing, their roofs sunken, ivy creeping up their walls. The whole place was the physical embodiment of mystery, of life’s dark secrets, and in its presence I felt myself touched by something larger than my small proscribed circle of family and school, of homework and baseball and dull suburban routine.
My sophomore year of high school, some friends and I snuck through a hedge behind one of the abandoned buildings and then through a broken window, and for an hour we crept along dark hallways lit only by distant streetlamps. There was almost nothing to see: cracked and water-stained tiles, a bathroom with the toilet removed, an iron bedframe without a mattress. Still, I’d never been so terrified in my life, or so exhilarated. What better than madness to provide escape from the oppressiveness of high school life, the perfect antidote to our excruciating normalcy. One of my friends cackled crazily, but the hollow silence of the place quickly swallowed the sound. Several of us started to shiver at the same time, and as if we’d all simultaneously sensed a danger we couldn’t quite see, we tore out of the building, back through the hedge, back to our monotonously sane lives.
A year or so later, just as I was first beginning to think about language and creativity as things I cared about, I came upon this passage on the back of one of the records I lifted from my father’s collection: “Bob Dylan first came East in February 1961. His destination: the Greystone Hospital in New Jersey. His purpose: to visit the long-ailing Woody Guthrie, singer, ballad-maker and poet.”
It thrilled me to know that this famous meeting took place less than a mile from where my house now stood, and my imagination turned to the conversation between the dying Guthrie and the young Dylan, to the passing of the creative torch. What had they said to each other? What stories did they tell? Whenever I drove by Greystone now, I no longer saw it as a place of random madness, but of the madness of art and poetry, of genius so powerful that it had to be shut away from the world, kept behind stone walls and iron bars. From then on, until I graduated high school and moved away, I’d always picture Woody and Bob in quiet communion on my way into Morristown, inventing conversations for them and hoping that proximity alone would translate into influence.
Like the Oregon State Hospital, Greystone was plagued by scandal through the eighties and nineties–neglect, sexual abuse, suicide–and the hospital was formally shut down in 2003, with a new facility opening nearby a few years later. The original buildings remain empty and unused, and though some people are lobbying to preserve them, the wrecking ball may soon be on its way. I mourn over the possibility the same way I mourn over the demolition of the Oregon State Hospital, and what I suppose I am really mourning is my dull childhood, the madness of it, the asylum I found in my imagination.
This is Scott’s ninth post for Get Behind the Plough.
Images from: http://www.dhs.state.or.us/tools/news/dir_msg/2008/2008-0829.html, http://www.kirkbridebuildings.com/blog/tag/Greystone-Park-State-Hospital/page/2, and http://www.kirkbridebuildings.com/blog/category/films/page/2