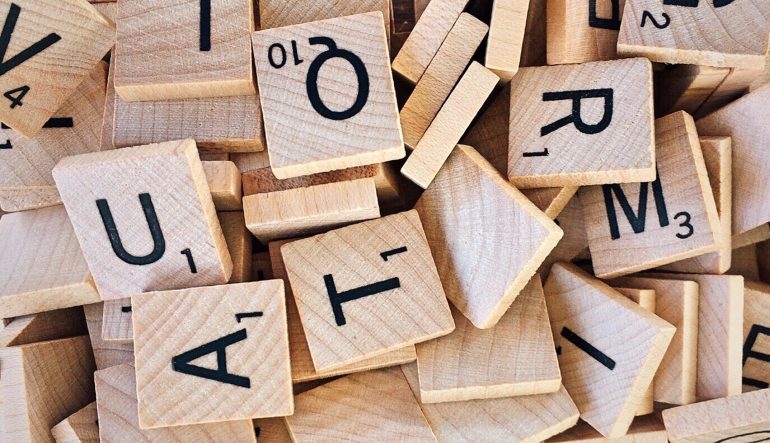 There’s a famous exchange between F. Scott Fitzgerald and Thomas Wolfe, in which Fitzgerald prescribes moderation, invoking Flaubert as tutorial. To suggest restraint as ballast for one who tips toward excess is fair advice. But to say it’s superior is a brawl-starter. “Don’t forget, Scott,” replies Wolfe, “that a great writer is not only a leaver-outer but also a putter-inner.” Shakespeare and Cervantes, Dostoevsky and Melville–great putter-inners. Flaubert and Hemingway–great leaver-outers. Obviously we’ve room for both. Every writer rationalizes “his own way of doing something, the way he has to do it, the way given him by his talent and nature,” by declaring it the “right way,” Wolfe concludes. The problem here, as everywhere, is sparked by the division into either/or, then crowning one.
Susan Bell, author of The Artful Edit, suggests we’re all naturally macro- or micro-editors. The latter are likely those of us with a lust for sentences, obsessives who construct them like Cornell boxes. “Every sentence has a truth waiting at the end of it,” says Bill Gray in Mao II. “On one level this truth is the swing of the sentence, the beat and poise, but deeper down it’s the integrity of the writer as he matches with the language.[…] There’s a moral force in a sentence when it comes out right.” Gray also provides the prized: “I’m a sentence maker. Like a donut maker, only slower.”
DeLillo‘s habit of typing one paragraph per spacious page, using an old Olympia manual typewriter with “larger than average letters,” relates to his desire “to see the words, the sentences, as they take shape.” Given his personal trinity of abstract expressionism, jazz, and foreign films, it makes sense that DeLillo has a “curious audio visual sense of language.” As he types, he sees “correspondences–visual correspondences–that strike me, letters in a given word, words in a given line.” Hence “the raw sprawl of the city” in Underworld, or Americana‘s opening line: “Then we came to the end of another dull and lurid year.” DeLillo has said this habit began in Greece, while writing The Names and absorbing the shape and cut of Greek words. “I do think of words as having a sculptural sense, I always have.”

This devout attention strikes me as right. The physicist Richard Feynman said that “everything is interesting if you go into it deeply enough.” Including a single letter, a cluster of words. Writing to David Foster Wallace, DeLillo explained his Olympia:

[T]he reason I use a manual typewriter concerns the sculptural quality I find in words on paper, the architecture of the letters individually and in combination, a sensation advanced (for me) by the mechanical nature of the process — finger striking key, hammer striking page. Electronic intervention would dull the sensuous gratification I get from this process — a gratification I try to soak my prose in.

Mao II is dedicated to Gordon Lish, whose influence is often evidenced by an obsessive, eye-driven attention to sentences. In a ravishing lecture at Columbia, Gary Lutz described his epiphanic discovery of “certain remaindered books” in which “virtually every sentence had the force and feel of a climax, in which almost every sentence was a vivid extremity of language, an abruption, a definitive inquietude.” Lutz, for some reason, is a solo brawl-starter. People build rock piles on either side of him. After his revelation, Lutz resolved to write “narratives in which the sentence is a complete, portable solitude, a minute immediacy of consummated language.” Elsewhere he says what interests him is “language startled by itself.” If language is startled, so was its writer, and so is the reader. And that’s when, to rob Rilke, something new enters us. It’s one of the few ways left to write with newness.
Lutz favors sentences with “the acoustical elegance of the aphorism” and prefers

the strifeful, sportive paragraphs over ones that offer cushioning notions of continuity and causality. I like paragraphs that flutter the way time itself flutters. As a reader, I gravitate toward books that can be opened to any page and to almost any sentence and make some kind of instant, discomforting sense of everything.

This is exactly how I read Lutz. He’s one of the writers I reach for when I need a certain voltage of language, when I want to smudge the page with smoldering brain. But I’d never encountered his process until now. It’s kin to Delillo’s.
A sentence, according to Lutz, is “a quasi-independent unit of tended language, deliberate in every syllable.” His process reads a bit like typographical porn meets Poe’s Philosophy of Composition. First, there’s a “flirtation between two letters.” This progresses to “introducing words to each other that in ordinary circumstances would never meet. I might pair them off because they share a throbbing interior vowel or some consonantal shell.” Then the new couple “will start to pall around in my head and maybe decide that they’re together for the long haul,” Lutz says in another interview, where he describes how he arrived at the first line of “In Kind.” That’s when I begin to get flashes of Poe. Are these really compositional methods or the retro-analysis of an urge-speed tendency? I guess it doesn’t matter if it results in clauses like “and after graduation I walked out warringly into society for a while.” As the words begin to settle, they “seek out affinities, they adapt to each other,” says Lutz, and

Pretty soon in the writer’s eyes the words in the sentence are all vibrating and destabilizing themselves: no longer solid and immutable, they start to flutter this way and that in playful receptivity […]; the words intermingle and blend and smear and recompose themselves. They begin to take on a similar typographical physique. The phrasing now feels literally all of a piece. The lonely space of the sentence feels colonized.

The writer as yenta, as mad chemist, as meddler then abject admirer. “It was you who incited these words […],” says Lutz, “and what they now are saying may well be much more acute and more crucial than what you had thought you wanted to say.” In various interviews and the Columbia lecture, Lutz distills Lish’s poetics, a method of recursive cross-pollination and basic “phrasal maneuvers.” The toolbox includes assonance, slant and eye-rhymes, syllabic stresses, transsexualizing adjectives and verbs, morphing idioms. It’s a mix of ordinary and ambush. There’s room within this method for individual fingerprints. Lish’s mark is birthlike on writers as varied as Lutz, Amy Hempel, Barry Hannah, Mary Robison, Diane Williams, Christine Schutt, and Joy Williams. Perhaps even DeLillo.
This could all be, as Wolfe wrote, a propensity of talent cloaked in rationale, rather than the cult of influence that some contend. It’s moot to me. I love these writers and revisit them often. For sentence-level witchcraft, I also revere E.M Cioran, James Joyce, Maurice Blanchot, Emerson, F. Scott Fitzgerald, Anne Carson, Robert Walser, Anne Michaels, Denis Johnson, Bruno Schulz, Chris Adrian, Nabokov, Marilynne Robinson, and endless others. No Lish acolytes in this last list, but there are poets and metaphysicians. Jazz pianist Hank Jones said concentration is what separates great players from the rest. This is true for writers, too. “Improvisation is instant composing,” said Jones, adding that you must “conceive the totality.” For me, the confluence of acute attention to language and tethered abstraction is ideal. That’s the mothertongue of mind. But are beguiling sentences nutritionally enough? What’s the totality for a writer? Are we either page-huggers or page-turners, as Lutz puts it, or can we be both?
I’ve been revisiting all these teachers as I try to relearn how to write. When broken, I couldn’t bear to read fiction or poetry, which is basically foreplay for a writer. But any method can lead to the merely mimetic and self-critical–a dire cocktail. So I also reread Artful Sentences, a gem of a book for geeks who want to elasticize
language without violating it or coming completely unmoored. Maybe it’s my uterus or my hybrid Canadian/Midwesternism or a lack of television, but I find I’m not sated by fragmentation, or by language that only self-delights. As a reader, I’m half-cat. If it’s not alive, I’m not interested. If it’s wriggling, I’m rapt. What I find animating is a connection to something with the heft of idea or meaning, something greater than both the page and its word-muralist.
The sentence-level writer is often charged with kinds of neglect, whether of character dimension or narrative landscaping or the twin propellers of causality and continuity. It’s the literary equivalent of what psychiatrists call “weak central coherence,” Lutz suggests. David Foster Wallace graciously used his younger self as an example of writers who employ such “stunt pilotry” as “sentences that are syntactically not incorrect but still a real bitch to read,” and “bludgeoning the reader with data,” all of which serves the “darker purpose of communicating to the reader ‘Hey! Look at me! Have a look at what a good writer I am! Like me!'” The anxious relationship between writer and imagined reader creates “this desperate desire to please coupled with a kind of hostility.”
This was part of Wallace’s complaint about experimental or avant-garde writing, which he faulted mainly for requiring efforts that are “grotesquely disproportionate to its payoff,” as he said to David Lipsky. But Wallace also believed we’d outlived conventional realism. “Does your life approach anything like a linear narrative?” he asked. “I’m talking about the way it feels, how our nervous system feels.” What Wallace sought was the “stomach magic of, ‘God damn, it’s fun to read. I’d rather read right now than eat.'” That’s what most of us crave. Whether that’s sentence-level magic acts or War and Peace depends on your taste buds, I suppose.
But I agree with Wolfe that it needn’t be either/or. In fact, all such binaries share a root system. The point of the micro/macro editor label was that we should identify which one we are so we can consciously develop the weaker muscle. “Flaubert me no Flauberts,” Wolfe sighed, “And exuberance me no exuberances. Leave this stuff for those who huckster in it. […] I am going into the woods for another two or three years. I am going to try to do the best, the most important piece of work I have ever done. I am going to have to do it alone.” It’s not clear if Fitzgerald responded. But both men had to do their best work alone.
Does a fixation on sentences flatten other pleasures? Depends. Lutz says he thinks of his “characters less as figures in case histories than as upcroppings of language, as syntactic commotions coming suddenly to a head.” After all, “human beings are vividly unknowable, even to themselves.” I know only that I could neither subsist solely on such writing nor without it.
Maybe it’s early senility or maybe it’s September 11th, but ever since that smoke-gored day, I long for things to be less isolate. I don’t read people like Lutz as much as I used to, and I write more ambassadorally. We’re unknowable to one another, but we are still deeply, molecularly interconnected. I return to the sentence-worshippers like a favorite grotto. We need varieties of writing just as we need every shade and race and faith of people.
This is Carol’s eighth post for Get Behind the Plough.
Images from: http://www.mrmartinweb.com/type.htm, http://skewedink.com/3rdBed/3rd_SITWW_222.jpg, http://morewaystowastetime.blogspot.com/2008/07/ebay-find-of-day-vintage-letterpress.html, and http://www.edwardtufte.com/tufte/books_vt