Home
»
Critical Essays
»
Sentinels of Grief in The Friend 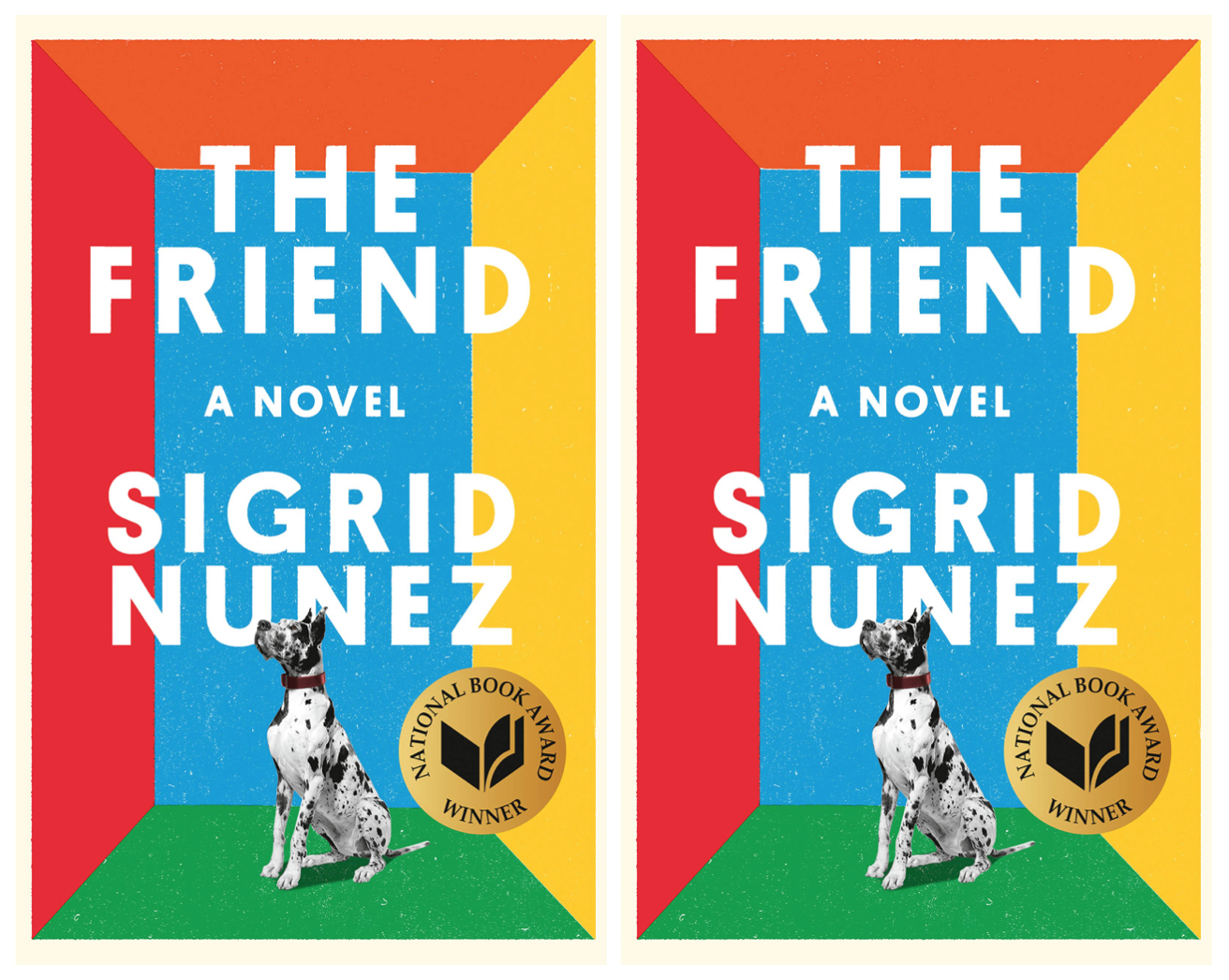 It is true what Joan Didion said about losing a loved one: “Life changes in the instant. The ordinary instant.” Life changes; the loved one is gone, and with that person a trove of shared moments, conversations, questions, unfinished business, the possibility of a future together. Life changes irrevocably in the ordinary instant, and yet for the bereaved, moving into that altered life is at first an impossible task. The bereaved must change too, but it is not an instantaneous change, and the circumstances leading up to it are seldom ordinary.

The unnamed narrator in Sigrid Nunez’s much-celebrated novel, The Friend, stands at the threshold of change after losing her friend and mentor to suicide. She is joined in grief by a melancholy Great Dane named Apollo, whom she inherits unexpectedly and who waits at the door in her too-small apartment for his lost master to return. He is a good analogy for the grieving process, for in his gigantic form he embodies the kind of presence that comes uninvited, demands attention, disrupts routine, behaves inscrutably, and has the power of ferocity and tenderness at once.

Bereavement, like the willful pooch, insists on its own terms. There is a certain synchrony in the narrator’s grief and the care and feeding of Apollo. Both need exercise and expression, both balk at her commands. In scenes of the Great Dane plunking himself down on the street and refusing to move, it is easy to recognize something deeper happening with the narrator: the weight of a loss too heavy to carry, too persistent to coax into submission. Apollo, who keens in mourning at the door and who claims her sleeping space as his own, reminds her of her helplessness, but then he also unlocks her grief one night, laying bare the pain of loss, in placing a massive paw in the center of her chest like a “castle door knocker.”

Grief can at times feel like a puzzle to solve, and the problem of Apollo—rather, his presence in the narrator’s New York rent-controlled, dog-banning apartment building—increasingly consumes her thoughts. The dilemma works not only as a plot device to propel the narrative forward, but also as another symbol in moving through grief, asking: Can she continue to live in the same place, or will she have to rearrange her life to honor this beast, to give it the space it needs, and above all, to not abandon it?

Apollo is only the most obvious sentinel of the narrator’s grief. While more and more isolated from her former life, she seeks the help of a therapist: “I talk about my feeling of living with one foot in madness, the distortions of reality, the fog that descends at certain moments, unsettling as amnesia,” she says. She continues to mull over questions the therapist raises about her feelings toward the lost friend—Was she angry? Did she love him? Does it matter? And what is love? Soon she begins to address her lost friend directly in thinking of just how devastating and bewildering the news of his death was: “I tell the therapist about those uncanny moments, after I first heard the news, when I believed there’d been a mistake. You were gone but not dead. More like you were just missing.”

The narrator draws on the wisdom of writers in her search for answers, interrogating literary works and their purpose as only a writer can. “You write about experiences partly to understand what they mean, partly not to lose them to time. To oblivion,” she says. But other writers offer their own take: “You cannot hope to console yourself for your grief by writing, warns Natalia Ginzburg. Turn then to Isak Dinesen, who believed that you could make any sorrow bearable by putting it into a story or telling a story about it.” The narrator also quotes Virginia Woolf, talking about writing To the Lighthouse: “I suppose that I did for myself what psychoanalysts do for their patients. I expressed some very long felt and deeply felt emotion. And in expressing it I explained it and then laid it to rest.”

The narrator’s thoughts are also sentries on the road through her grief. They are seemingly disparate thoughts—about the flaws of the lost friend, the narrator’s relationship to him, his pain and the pain of artists writ large, the notion of bearing witness to suffering and the question of whose story it is to tell—none of which have easy answers. The words of another woman who lost a loved one help her appreciate the murkiness of these questions: “At first I thought I owed it to him to do everything possible to try to understand. But I came to believe this was wrong. He had chosen silence. His death was a mystery. In the end I decided I should leave him his silence. His mystery.”

Throughout the novel, the narrator and Apollo keep vigil on each other’s grief and learn to rely on each other as perhaps they had never done before. The narrator discovers reading aloud to the dog brings consolation to them both—she is finding her voice, a shared pleasure, and a way through the grief. She surprises herself one night when Apollo stirs to leave the bed and she says “stay.” “What are we, Apollo and I,” she asks, comparing their canine-human bond to Rilke’s definition of love, “if not two solitudes that protect and border and greet each other?”

Like the best of fiction, The Friend arrives at unassailable truths, realizations that feel inevitable in their sudden clarity: that it would not make her happy at all not to miss her friend anymore. That missing him is part of her now, as is the towering Great Dane that became her unexpected companion. In the end, she begins to move beyond the threshold where her life has cleaved into two, feeling her way to the other side of grief (“Something that feels like a preparation, maybe,” she says. “Not there yet but on the verge of some release. A letting go.”). The second-person address of “you,” which up to this point signifies the lost friend, transforms into something different, and after this long and extraordinary struggle, the narrator seizes upon a hard-earned recognition: “What we miss—what we lose and what we mourn—isn’t it this that makes us who, deep down, we truly are.”