Home
»
Reading
»
“She had a face that would haunt me for the rest of my life”: Looking for Annemarie Schwarzenbach 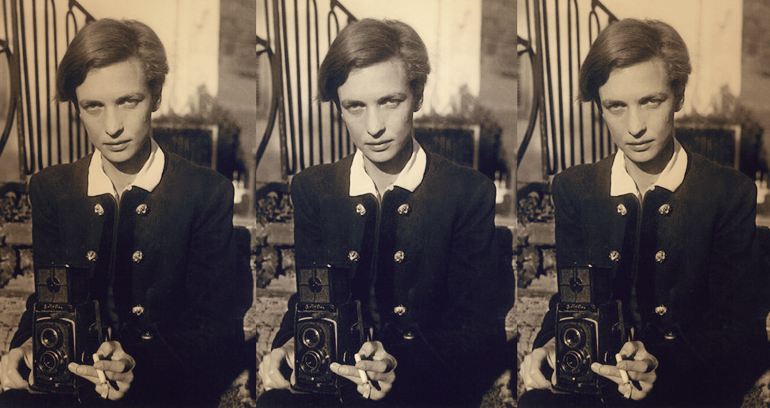 Within a week of first hearing her name and seeing a photograph of her–tall and elegant, leaning on the hood of her car, about to start her road trip to Afghanistan with Ella Maillart, not looking at the camera yet the undeniable focus of the photo, at least to me–my interest in Annemarie Schwarzenbach had become a full-fledged obsession.

I’m talking tracking down every single translation I could find of her books, calling a small indie bookstore in the middle of nowhere, France, to find out whether they could ship this one book that they were the only ones to carry in the entire country, avidly reading all biographies, romanced or not, I could find. The most famous portraits of her, done by Jewish German photographer Marianne Breslauer, became my desktop picture–on my computer and my phone. Last January, Barcelona hosted a retrospective of Breslauer’s work, and, of course, I took the train and went, just for the handful of photographs of Annemarie on display there. I was in love, undoubtedly. I mean, I even started learning German to be able to read her writings in the original language.

May 23 happens to be her birthday. She was born in 1908, in a wealthy Swiss family with strong Nazi sympathies. She grew up to be a profoundly troubled and troubling figure–a writer, journalist, and traveler committed to anti-fascist resistance, a butch goddess who broke hearts left and right wherever she went, a morphine addict who found no relief from her mental health issues and who struggled throughout her whole life against her mother’s domineering, destructive influence. As I read biographies of her, I started growing more and more protective of her image. I couldn’t help rolling my eyes at the endless litany of profiles that described her as either simply “enigmatic” or “contradictory” and left it at that. (Find me any queer historical figure who isn’t either of these things.) And I bristled at any account of her life that glossed over the tremendous mental pain she endured in favor of a simplistic analysis of her politics.

This was a woman who traveled extensively, and, in her journalistic practice, sought to write about what she had seen clearly and accurately. The articles she wrote during her trips to the US reveal a keen sense of observation, a mind completely won over to the cause of the working class and attentive to how gender and race complicate issues of class, especially in such a country. Most of her writing is thoroughly queer, even at its most apparently heteronormative: male narrators who pine after enthralling, elusive women, function first and foremost as stand-ins for the author.

Her non-journalistic writing is striking for how cerebral it is, full of ellipses and uncertainties. That she did not denounce fascism in every sentence screams elitism to some, and to others comes across as proof of her complicity, especially since she never cut ties with her family, even when they overtly espoused Nazi rhetoric. That she fled Europe in the thirties to travel all over Central and South Asia and work on archaeological sites, while writing mainly about her own unstable psyche, should allegedly be taken as a sign of self-centered weakness, of her inability to properly denounce the horrors going on in Europe.

She was certainly born into privilege, and carried it with her throughout her life. Her family was rich, and respected, and more than a little taken with Nazism; she herself was white, not Jewish, and benefited from wealth, connections, and the material advantages of belonging to a colonial continent as she traveled. Applying intersectionality to her writing does reveal lacunas in her thinking of oppression. And yet, her immense privilege didn’t help her avoid the pain of mental illness and addiction. What do we make of the role of her mother, herself queer, who aimed to control her daughter’s life and burned all of her daughter’s papers and letters–at least the ones she could find–when Annemarie died from a bicycle accident, barely in her early thirties?

At the beginning of the year, I started blogging about lesbian history. Research led to discovering some pretty unsavory traits about figures I’d always admired, because they’d been key in the whole self-acceptance process. Continuing to think about them uncritically was out of the question. Annemarie is perhaps one of those cases, though I believe her flaws lie elsewhere than in her inability to give up her family because of their ideology. Call it Stockholm syndrome, call it affective dependence on a mother who had successfully isolated her daughter from herself–this is a classic scenario for many queer children of controlling parents with dubious ethics. Many of us wouldn’t have had half her courage, had we been in Annemarie’s place. This is also revealing: in this story, the truly complex (and horrifyingly so) queer character is the mother.

Shortly after finding out about Annemarie’s existence, I started reading Carson McCullers again. Carson had met and irrevocably fallen in love with Annemarie, although it was unrequited. They still exchanged letters, and Carson dedicated a book to Annemarie. She was the one who wrote, she had a face that would haunt me for the rest of my life–this was no anecdote in Carson’s life (something Suzanne Vega picked up on when she wrote an entire album about Carson’s life and devoted one track to Annemarie). Most likely Carson felt so irresistibly attracted to Annemarie because the latter gave her a means to think through her own complex sense of identity.

Grappling with the complexities of Annemarie’s life–falling in love with her, in a way–entails addressing not just her political and ideological stances in light of her personal relationships, but also the realities of queerness within history, and the interplay of both of these aspects. If Annemarie has taught me anything, it’s indeed to accept your literary idols for who they are, with all their charisma and their failings, but also to pay attention when confronting history. The surface level–the enigma, the glamour, the easy analyses of politics–systematically conceals labyrinth depths of thought and identity.