Home
»
Reading
»
She Loves Me, She Loves Me Not: the Love Poem and the Elegy 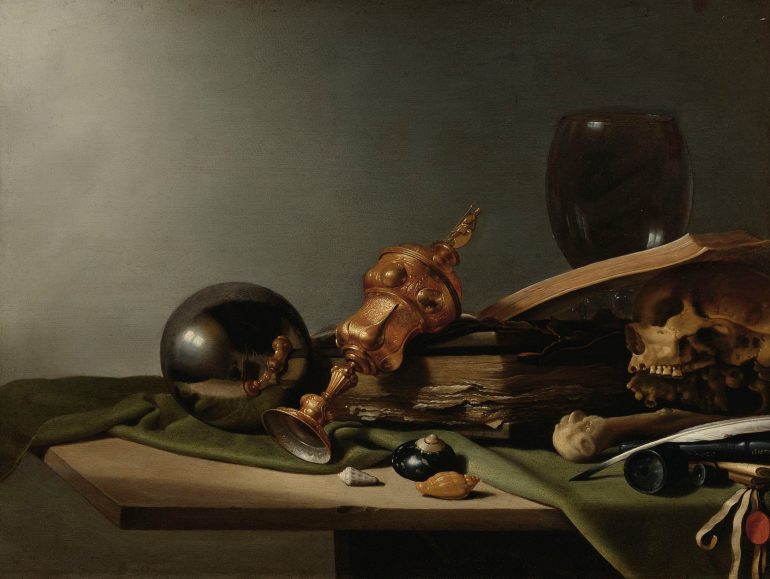 All of my attempted love poems sound like elegies, and so I’ve given up trying to write them for my beloved, lest I give the wrong impression. Occasionally, however, one will come to me like a windfall, a speck of gold in the pan. Like the plastic baby in the King Cake—nearly breaking my teeth. These accidental love poems start elsewhere, among minutiae, my humblest attentions. They knit themselves together around my idea of him, like some automatic sweater.

I used to worry that there was something wrong with me, that I couldn’t write a love poem on command, but now I know that the love poem can’t be written on command, just as one cannot love on command. And, in my long relationship, the willed love poem has proven itself an outdated accessory, much like our wedding rings, which we’ve decided we no longer need to wear. Does the act of saying “I love you” plainly, or in all the ways counted by Elizabeth Barrett Browning, diminish the emotive motivations of the expression? I’ve long wrestled with the question about whether or not the relative smallness of a lyric poem risks shrinking its subject, miniaturizing its concerns. But then again, as I unravel the braid of doubt and faith, I remember just how much is said in silence. (Dickinson knew this, perhaps best of all.)

Love, especially that of long relationships, may be expressed through kind silences, forgiving glances. I think of Ai’s “Twenty-year Marriage” here. The speaker’s a wife who tells us that’s she’s “got nothing on under [her] skirt tonight” while she waits in a pickup truck while her husband takes a “piss against the south side of a tree.” Still, given the dramatic situation, it seems that the poem’s utterance remains internal, never veering into the spoken-aloud, the whispered-in-an-ear. She could be saying this all in her head while he’s outside, or she could be saying it to herself as if to him, the way a ride might say come on “to” someone inside a store. The speaker chooses an apostrophe, rather than a direct address, for the poem, therefore making it all the more charged, potent. The unspoken, internal words elevate the poem into want, desire; spoken language, on the other hand, remainders the poem in rhetoric. She doesn’t need to plead with the “you,” her husband, here. The lovemaking will happen, she’s sure. She only needs to cue the moment in her mind. She speaks without saying. The poem becomes then an act of telepathy, pheromonic trace, the wave-hum of desire. An okayed voyeurism into her mind.

I know a poet who writes a love poem for his wife every year on their anniversary. I also know many writers and readers who say that, at their cores, all poems are love poems. The poet Sophie Klahr says, “I feel like it’s hard to write something that isn’t a love poem,” and poet Leah Umansky echoed this sentiment by saying, “I feel like all my poems are essentially love poems.” My gut instinct is to argue that all poems are elegiac, incapable of honoring anything without tracing its passing, its ephemerality, its going-going-gone. But, the longer I (over-)think poetry’s motivations and impacts, the more I wonder if the work of a love poem is not also the work of an elegy, and vice-versa too.

Love and death, death and love—these are the subjects, I’d wager, that the general public most associates with poetry. Some cynical, art-for-art’s-sake poets and their inside circles would rather go sleeveless than wear their hearts there, however, so I’d like to turn a mirror onto the eye-rolls and make a claim that risks a sweeping generalization: no matter what a poem’s about, it’s ultimately in the service of love or elegy, or both.

Take for instance Stanley Kunitz’s “Halley’s Comet,” a poem that might not ever appear on one of our venerable institutions’ “Poems for Valentine’s Day” lists, but that, I’d argue, serves as both a love poem and an elegy for the speaker’s father, for the speaker himself, and for humanity. Here the speaker, an elderly man, describes a long-ago memory of Halley’s Comet nearly a century before, the hubbub of his community, the Chicken-Little-like proclamation of Miss Murphy who “wrote its name in chalk” and said that if the comet “wandered off its course / and smashed into the earth / there’d be no school tomorrow.”

The speaker then describes the end-of-the-world proselytizing of a wild-man preacher, and then the bucolic scene of supper with his mother and brothers. The speaker’s father is absent, we infer from his absence at the table. The speaker then recounts what happened that night, the night of Halley’s Comet, when “They never heard me steal / into the stairwell hall and climb / the ladder to the fresh night air.” There the poem leaps across a stanza break, and turns into an intimate, present-tense address, immediate, swollen as a full moon with longing:

Look for me, Father, on the roof
of the red brick building
at the foot of Green Street—
that’s where we live, you know, on the top floor.
I’m the boy in the white flannel gown
sprawled on this coarse gravel bed
searching the starry sky,
waiting for the world to end.

That “Look for me” seems the genetic marker that makes this poem a love poem—its unrequited imperative, its apostrophic sincerity. Who cares if it’s for the father, as opposed to a romantic partner. (See “Those Winter Sundays” by Robert Hayden.)  The dramatic situation—the old memory, the father’s death as one life’s ancient history—automatically render it elegiac, sure, but, for me, he last line is the most elegiac, not because of the notion that the world will end but because the boy has the expectation of that end, that he will wait, wait until this very poem has moldered, has blow away, gone.

It’s loss that carries love poems, love that carries deep grief for the unknown ending known. It’s why Dickinson’s silences and dashes say so much, why the Sapphic fragments still bloom perennially through translation after translation even though half their petals have been plucked. She loves me, she loves me not.