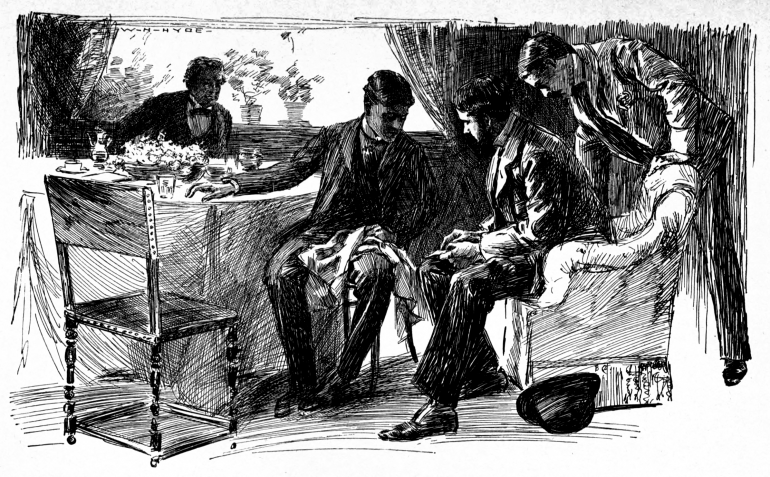 How difficult is it for a story to move continents? One of Sherlock Holmes’ early Chinese translators, Cheng Xiaoqing (1893–1976), decided to find out, appropriating both the style and characters of the famous detective stories in Sherlock in Shanghai: Stories of Crime and Detection (translated by Timothy C. Wong). Cheng transplanted Sherlock Holmes from the foggy streets of 19th century London to his own Republic-era Shanghai. Calm, intellectual, and addicted to tobacco, Cheng’s protagonist Huo Sang is instantly recognizable as Holmes; the stories’ faithful narrator Bao Lang plays the part of Watson.

Despite the vast difference in context, the stories follow patterns that will be familiar to any Conan Doyle aficionado: the mysterious crime, the unexpected twists in narrative, and the bumbling local police force who invariably pursue the wrong suspect. Jewels go missing at society balls, blood drips from ceilings, and murders are not all that they seem. Huo Sang smokes Golden Dragon cigarettes and plays the violin, using his powers of deduction to unravel impossible cases. But these stories also touch on issues more specific to Cheng’s own lifetime, like corrupt officials and the rate of social change in areas such as marriage.

Born into an impoverished family in Shanghai’s Old City, Cheng was forced to leave school at fifteen to search for work. He later went on to study English at Shanghai’s YMCA and began submitting short stories to fiction magazines, winning a newspaper prize for his first piece of detective fiction. In 1915, he collaborated with the author Zhou Shoujuan and others to produce a translation of Sherlock Holmes in classical Chinese.

In exploring foreign literature, Cheng joined a legion of other authors engaging with ideas from abroad. This was part of China’s New Cultural Movement in the 1910s and 1920s, which interrogated many of the country’s customs and ideas; after the collapse of the Qing Dynasty, there was growing interest in how China could meet the challenges of modernization. While Cheng continued to incorporate motifs from traditional Chinese storytelling, his translator, Timothy C. Wong, points to his departure from earlier stories about law: “In contrast to the traditional wise and righteous judge solving cases as an authority figure presiding over a host of underlings…here we encounter Huo Sang, a crime solver whose superior intellect and attitude, rather than any prescribed authority, are what enable him to solve his cases.”

In this instance, writing detective fiction became a way to explore and encourage social change, with the ever-rational Holmes serving as the perfect vehicle for Cheng’s ideas. The detective emphasized a scientific approach to solving problems, which would have resonated with many reformers of the day. Cheng himself described his stories as “textbooks in disguise.” By writing popular fiction, he could instruct without being didactic, slipping moral messages in under the radar.

While detective fiction isn’t a notably optimistic genre, Wong argues that, by demonstrating how crimes could be solved rationally, Cheng also provided a model for how to move society forward. In contrast to more “serious” modern literature, which pointed to what was wrong with society, Cheng’s stories, Wong writes, “were written in part to show how his readers could improve their country by improving themselves.”

This critique of contemporary practices is apparent in stories like “The Odd Tenant,” where a fortune-teller causes an unfortunate misunderstanding by sacrificing a rooster. Huo Sang remarks:

Even in our day, the power of a thousand years of superstition still holds sway over our entire society, over which incantations, spells, and fictional accounts of ghosts and spirits continue to wield formidable influence. Our education system is so deficient that most people still lack basic knowledge…Oh, I don’t know how long it will take before such ridiculous practices disappear from our society! What a pity they’re still with us!

The detective’s own methods provide an alternative to the superstitions he condemns. Ultimately, thanks to Huo Sang’s powers of deduction, the story ends on a happy note, demonstrating the power of reason.

But Cheng’s works are far from being dry morality tales. They, too, playfully engage with Conan Doyle’s original series: Cheng’s “The Other Photograph” is a clear homage to “The Adventure of Charles Augustus Milverton” with its themes of blackmail and the vulnerability of a woman’s reputation. Here, a young woman, Miss Qi, must be rescued from a villainous blackmailer before her wedding. Like Sherlock Holmes, who breaks into the blackmailer’s flat, Huo Sang demonstrates his willingness to ignore the law in order to assist his client.

In this capacity, Huo Sang resembles most of the protagonists in crime novels. Nearly all detectives in popular fiction are outsiders, refusing or unable to toe the party line. They fall out with their superiors, ignore protocol, and combat a system which operates in favour of immorality. In America, it’s often bureaucracy which impedes the lone gunslinger who’s got it all figured out. In Britain, perhaps more realistically, it’s indifference and a lack of funding.

Even more conservative figures like P.D. James’ detective-cum-poet Dalgliesh, have something which sets them apart from the norm. In James’ work, criminals explain themselves to Dalgliesh because they feel he understands them, something you might look to a poet for, but probably not a police officer. Fictional detectives have a fraught relationship with the law, indicating its weaknesses rather than its strengths. Huo Sang is no different, proving a subversive counterpoint to official narratives about what is right.

In Conan Doyle’s stories, Cheng spotted a cultural similarity between Republic-era China and Victorian London, where the impediment to a well-run society was often not so much criminal as official. Both detectives find their efforts are hampered most by arrogant and self-interested police officers, who are happy to fall back on their own prejudices. This is summed up neatly in “The Shoe,” where Bao Lang comments:

I remembered having met this Lieutenant Fan once before. He was a half-cocked functionary with a narrow mind and prone to jealousy – in other words, a run-of-the-mill government bureaucrat.

Both Conan Doyle and Cheng recognized that criminality runs through all classes. In this sense, detective stories often have a strange sort of radicalism, presenting a popular fiction which also serves as an argument for social leveling. Like Holmes, Huo Sang follows moral, but not formal, law, though he acknowledges the latter’s importance and works in its service.

In both sets of fiction, the detective protagonist has more in common with the master criminal, who is also an outsider, than blundering and respectable members of the local police force. Holmes and Moriarty are both outliers, just as they are the two poles of moral law. The Moriarty figure in Cheng’s version of Holmes is far more ambiguous. Huo Sang’s nemesis, the South-China Swallow, is a master thief and Robinhood figure, robbing corrupt bureaucrats who have benefitted from the poverty of others.

Unlike in the Conan Doyle originals, Cheng’s ultimate criminal is usually more moral than government officials and respectable businessmen. There’s the implication that if the law is little more than formalized theft, then it can be safely ignored. This is most pointed in “At the Ball” where the South-China Swallow writes to the chief of the Bureau of Charitable Donations, explaining why he stolen his daughter’s jewels:

I especially want to thank you for the emerald necklace, which you have kindly allowed me to acquire. I have already turned it into cash, which I will distribute for the relief of refugees in the northwest. This should help make up for the past wrongs and accumulate some good karma, which I think you should find agreeable. You acquired this necklace, after all, by exploiting the blood and sweat of common people.

There’s a similar theme in “Cat’s-Eye” where, intriguingly, Huo Sang helps compel a wealthy man to part with his money. “Even though I don’t know the man’s background, I would wager that his coffers aren’t filled with unsullied dollars,” the detective explains to Bao Lang.

Huo Sang’s position suggests that he agrees with the South-China Swallow’s analysis of wealth, if not his approach to redistribution. Rather than stealing from his client, Huo Sang works within the confines of the law to encourage him to give to charity. There’s the sense that, despite its flaws, the law is worth preserving, because it can still be redeemed. In Huo Sang’s method of looking clearly and overcoming prejudice, Cheng provided one model of how that could occur.

For the first half of the 20th century, this approach made Cheng one of the most popular writers of detective fiction in China. His career came to an end when the People’s Republic of China was established, and his style of writing was effectively banned. After 1949, Cheng only wrote a handful of other stories and devoted most of his time to writing traditional poetry.

Today, however, Sherlock Holmes lives on in China, helped along by the popularity of the BBC adaptation of the Conan Doyle stories. Benedict Cumberbatch’s hair and the character’s Mandarin name of “Fuermosi” have led to the nickname Curly Fu, while Watson is known as “Huasheng” or “Peanut” for its phonetic similarity to Martin Freeman’s first name in Chinese. Holmes’s enduring presence in popular culture suggests another reason for why Cheng chose Conan Doyle’s detective for inspiration: no matter the time or place, Sherlock Holmes continues to be a truly compelling character.