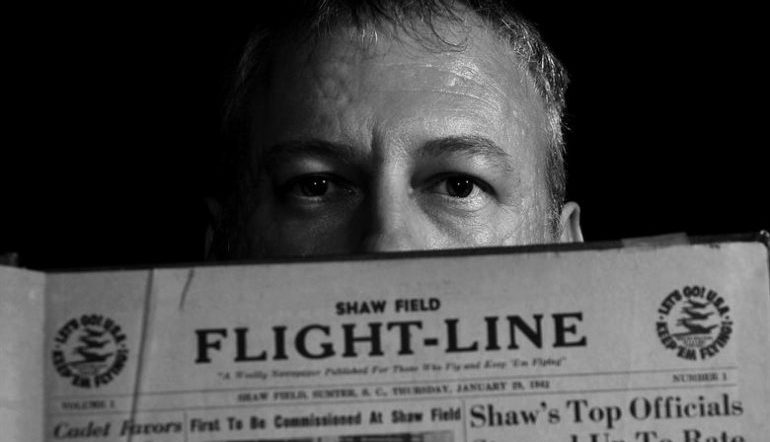 In this particular moment, journalists have come under fire for their presentation or concoctions of the “truth” with a capital T. They’re expected to write as objectively as possible, but writers, especially those who write historical fiction, have been known to bend facts in service of story and are often not included in that charge.

We’ve been in the age of post-truth for a while, but in the current wave of “fake news” and vast information, perhaps even creative writers have to think about their responsibility to representing some form of objectivity—or perhaps disclaim, much like the trigger warnings that have been a topic for some time, the degree to which the truth has been bent in the service of story. This last suggestion is an extreme one, not to be taken too seriously.

Good readers know that fiction is not the absolute truth, but even they fail to recognize that history texts, which we take as that truth with the capital T, are also nothing more than an interpretation of a series of facts. When a group of people, be it a nation or a movement, agrees on a particular interpretation, that’s what’s usually called “the” history, and it becomes untouchable. This is where we go wrong.

Pankaj Mishra, a journalist, essayist, writer of history books, and a novelist, has existed on the seesaw of writing both fiction and nonfiction. He began his writing career reviewing novels and working on his own, a book that would become The Romantics. He got into reporting by chance, through an article for The New York Review of Books on elections in Allahabad in 1999. More work followed.

“In the beginning I couldn’t figure out anything, but I loved suddenly being challenged by everything around me,” he says in a 2007 interview in The Believer. “Often I would know the language, but the chords in which people spoke—the specific vocabularies—would be different. Slowly, I started to understand and every encounter became a marvelous store of perceptions and insights. I’d meet someone and then when I ran the whole film in my head of my meeting with them, I’d discover new things. It was wonderfully stimulating. I still love arriving in a new city and finding everything around me a sign that has to be deciphered and understood.”

His very sense of setting a scene, well-known to be the purveyance of novelists, is also a key skill for longform journalism. He says in the same interview that his self-education of reading and rereading books like Norman Mailer’s Armies of the Night, and the work of Mary McCarthy, Joan Didion, and Tom Wolfe were his training, and that he’s felt in his nonfiction work that he is limited by having to create a narrative based on facts alone, without the ability to imagine another perspective.

“As a novelist, your impulse is toward multiplicity: multiple voices, multiple perceptions, multiple nuances—the ambiguity in human communication. Fiction really is the ultimate home for that sense of ambiguity.”

Danielle Dutton, novelist and the founder of the indie press Dorothy, A Publishing Project, takes on a similar approach in her work. Margaret the First, her latest novel, is a work of historical fiction about the aristocratic writer, scientist, and philosopher Margaret Cavendish. Dutton conducted a lot of research to pull this off, as evidenced by a two-page bibliography at the end of the novel. After all her research, however Dutton found writing about Cavendish’s childhood to be the most freeing due to a lack of material.

“…the facts get thicker as she gets older, writes letters and books, is written about,” Dutton says in an interview in BOMB magazine. “Without so much to go on, her childhood seemed like an open field, so I felt free to play around in that space, and to write some of my own experiences of childhood into it: pastimes, horrors, daydreams.”

In an interview with 3:am Magazine, she refers to herself as a “magpie” at a certain point in her research, heavily driven by her character. When she saw “something shiny …pop out” of one of the many books she conducted her research in, she would grab it for Margaret.

One shouldn’t accuse Dutton of dilettantism though based on that interview. In fact, Katherine Grant, in her review of the novel in The New York Times, accuses Dutton of just the opposite: a slavishness to facts. Grant writes that the novel “may seem more a sewing together than an entirely original work” simply because Dutton uses words that Cavendish herself used or are similar to what Cavendish used in her own writing, in addition to including a bibliography.

Dutton, when asked to comment on the review, says that she always conducts research for all her books, and that all of her work is “in conversation with other people’s work.” Margaret the First is a more deliberate and direct conversation with Cavendish herself, as well as her work, and with all the scholarly material about her, Dutton says. Her book and all the other books on Cavendish exist in a web together, with Cavendish’s work woven through.

“I was also trying to use all of that material toward creative ends, not scholarly ends,” she says. “So what was most important to me was that I was making a book that was aspiring to be a work of art of its own. I think it would be fair to talk about it in either way, as a totally original work or a work that’ s been in debt to and in conversation with all this other material.”

Dutton has made an attempt to portray some of the truth but in a novelistic way, and yet there seems to be, for some, the expectation that fiction is entirely devoid of factual truth, which seems rather antiquated given that volumes of research on what one does not know is practically a standard for writing fiction now. We fully admit what we don’t know and we seek out that knowledge, be it in books, or interviews, or maps, just like journalists and historians.

Yet we seem to expect that fiction is just that, when we should recognize that novelists have an extra charge that perhaps historians should remember as well: Fiction is all about people. History is, too, but that is often forgotten in the service of dates and casualty numbers. All of history is meaningless without narrative and without people, but all we have in the end when we put together history are subjective accounts. Those treasured primary documents are only the very narrow view of one individual in the end, an individual who may be wrong or may be lying to give off a certain impression, or may not know himself or herself. And that is where fiction comes in, to get into a multilayered, complicated portrait of individuals and their acts to illuminate where facts cannot. To do so is not entirely objective for it involves interpretation, but then history is never entirely objective, either. All of what we write, whether that’s truth with a capital T or what we call merely fiction, is told on a slant; an interpretation that we feel, at the time, based on limited information, is the truth.

As Dutton says, “I don’t know how much truth you can get out of one thing, anyway. It seems like a constellation of knowledge is always going to be best.”