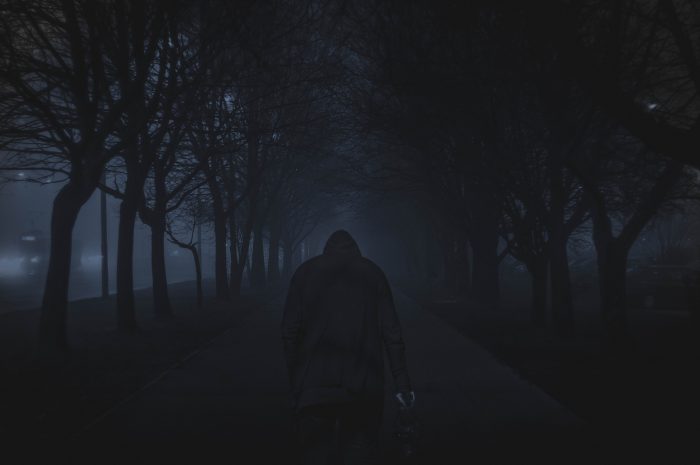 The best horror, in writing or movies, occurs when we understand it the least. Not in the sense of “jump scares,” but rather in the sense of how it is being built and portrayed. The xenomorph in the Alien series scares because it is a category crisis—something we’ve never seen or imagined before (which, also, is why it loses its impact for horror as the series progresses). It in It is frightening because it is a harbinger of everything we fear—an elusive entity made of fear itself and something that literally can’t be named or described. It’s a process that seems antithetical to writing—leaving things unknown, left to the mind to draw. Yet, successful horror writers understand that the process of describing the indescribable is the key to effectively done frights.

Andre Alexis’ The Night Piece is a story of a soucouyant who preys on the main character. For the first third of the story, odd events happen but seem unremarkable—such as the character’s increasing fatigue during the day. Even when the soucouyant appears on the page she seems not particularly note-worthy or frightening, just a beautiful, young woman. It’s only later as the narrator finds the soucouyant’s day disguise that things turns horrific.

Mrs. Fernandez wasn’t breathing. Her body was as flat as if it had been pressed in a Chinese Laundry. Hoping it was all a trick of the light, he spoke up –Mrs. Fernandez, he said in a loud whisper.
No answer.
He approached and, lifting her arm, saw that she was indeed flat, lifeless, a Mrs. Fernandez costume of flesh and skin. Now he was even more frightened. He held her hand as if it were a dead mouse.

Here the reader feels the dread mounting. The flat body is itself frightening, but we think there’s an explanation—as does the character. The “No answer” stands as its own paragraph, the beat before the true horror. We aren’t given many details, other than the flatness of the body and its costume-like appearance. And yet, these details are more than enough because they are reiterated through the character’s reactions to them: surprise, disbelief, and then increased fright.

In China Mieville’s terrifying “Sacken,” a couple goes to a house by a secluded lake. Once there, the main character takes a rowboat out on the lake and awakens something horrific. Throughout the story, the fear is built through carefully given details of oddities—from an odd smell to shapes that don’t quite make sense. When we are finally given details of what the horror is like, it’s built up slowly to escalate the sense of dread.

Something was on the floor.
A darkness. A gross misshape.
Something huge and wrong and wet.
It blocked her way.
Mel’s throat closed. The new thing in the room dripped.

The use of short phrases and paragraphs adds to the idea that this is something that can’t quite be described fully and yet we get enough to fear. In the next full paragraph, Mieville throws himself fully into the nightmarish description:

A nightmare calf born without limbs or head or eyes but full of tumors. A mound of leather in pooling water. It was a bag, a sack full of bad presents, of coal or earth or blood clots or ruined roots.

Here the description is more fleshed out and yet, again, it is also a categorization of what this thing is not.

In horror, description is almost always the key to our terror: the claws of a werewolf glinting in the moonlight or the things swimming up from the deep. These descriptions come in a multitude of ways, from showing us the extremes of what humans are willing to do to each other to letting us merely see a glimpse into the unsettling dimensions just past our knowledge. Still, the horror that often lasts in the mind is the horror that relies on a balance of work between writer and reader to build the nightmare of their choosing. We all know our greatest fears, a strong writer knows to let us scare ourselves.