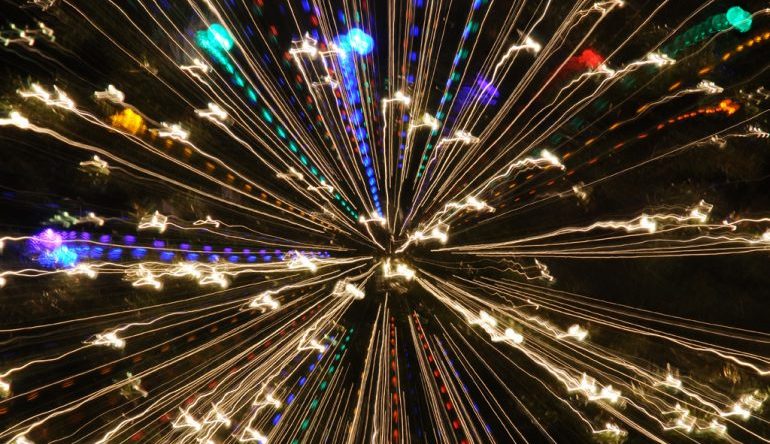 I read Everything is Illuminated, Jonathan Safran Foer’s debut novel, when I was in my early twenties. It was a feeling not easily forgotten, holding in my hands what I could not define as anything other than pure magic, forged by a guy only six years my senior. Then he published Extremely Loud and Incredibly Close, and once again I felt that he had achieved something I had thought to be impossible in the human realm. He had tapped into that well of invisible truth, had axed his way through to the aching core of the earth, while I—an aspiring writer struggling to sit my ass long enough in a chair to produce anything at all—could only hope to scratch the surface. More than anything, I felt that he had seen through me and laid out my soul on the page for me to read, using words I would not have even thought to use to describe emotions I could never quite put my finger on.

Foer also introduced me to the concept of the “thirty under thirty” artist—a golden group of creators of such unstoppable talent that they just couldn’t wait to grow up and show it. I watched in awe as he and his then-wife, Nicole Krauss—who I discovered to shine just as brilliantly, and have the added merit of being a woman, like me—rose to greatness, and felt that I had already wasted so much time.

For a while, this model of young success drove me to devote many hours to flash fiction, short stories, a novel. Without being able to explain it, I felt it imperative that I make it sooner rather than later. “Making it” entailed not just the act of becoming a published writer, but also the more profound experience of being seen by the world, of proving that I was more than just a loitering loser—I was a loser who had something to say.

But as the years go by, my chance to become a “thirty under thirty” has long vanished, and my odds of being a “forty under forty” are also in swift decline. As I get older, I no longer see much of a point in trying to be anything under anything, and focus instead on just being something, at some point. But at the same time, I finally understand why people try to accomplish as much as they possibly can before adult life truly begins. Now that I have a husband, a child, and a mortgage, juggling normal life stuff—both the challenging and the fun—with the creative process becomes much more of a tightrope walk. I try to distribute my energy evenly between doing work that pays, work that stimulates, personal relationships, physical activity, consumption of art, and just good old lounging around (brought to you by Netflix). When I lose myself in one thing for too long, I emerge not feeling refreshed and excited, as I often did in my twenties, but anxious, knowing I just missed out on something else.

Time stretches and contracts, the days long but the years short, as the saying goes. It seems like forever since I last breastfed my child, but only a minute since the last time I looked “good for someone who just had a baby”. It takes two weeks to watch a full season of Narcos but nearly two months to read a 500-page novel. I spend some time telling people I’ve “just started a new project” and suddenly—what?!—a year goes by.

And so I found it especially pertinent to read about Jacob Bloch—Foer’s protagonist in his most recent novel, Here I Am—a family man in his forties who feels that life has just rushed by while he was busy listening to podcasts. Jacob tries to stay focused for long enough to sort through his collapsing marriage, his three young boys with their respective angsts, the slow devastation of the State of Israel, and his lingering longing for faraway places and things—a chronic Jewish affliction.

It took Foer a decade to write this book, and it brims with the contradictions, the frustrations, and the love—too much love, as Jacob and his wife Julia say, a love so intense it destroys—of all a person goes through in the long years of family and career building. The book is long and dense, indulgently messy at times, shifting from cerebral ponderings of identities of family and faith to manic depictions of chaotic daily interactions.

It isn’t the best thing I’ve ever read. Foer’s writing is still magnificent, the characters round and full of endearing flaws, but the story scatters at times, losing its thread. And yet, Foer’s particular brand of magic is still there. An honesty not often encountered even in the most powerful writers. And with the weight of time and age coursing through his hands, Foer has allowed that magic to take new, naked forms—a balding head, a flaccid penis, an obsession with anuses, a preference for the screen of an iPhone over the face of a child. Distraction, he seems to argue, is not the enemy of life. Distraction is life.

I read somewhere that Foer said he took his time writing Here I Am because he could. Talk about a revelation. I’m sure he had myriad distractions in the forms of his children, his teaching, the end of his marriage, and dozens of other preoccupations. But also, after stunning the world as a young prodigy, he could construct his previous success into a ladder, which he then used to break out of his gilded “thirty under thirty” prison and be the luckiest sort of writer: one who can afford to sit down and write.

Much like in meditation, where the point is not reaching a new spiritual realm but rather the practice of returning to the moment, so in our lives the best we can do is train our focus, over and over again, on the things that matter to us—our families, our sincere emotions, our creative process. As distractions abide, true success is in continuing to set aside as much or as little time as one can to our work—the work of the pocket, the work of the mind, and the work of the heart.

Then again, when I searched for that interview in which Foer talked about taking his time with his writing, I couldn’t find it anywhere. It is entirely possible that he never actually said it, and that once again I am recruiting his writing to speak for me, and give me what I need to keep going.

Tags:"Thirty Under Thirty", Here I Am, Jonathan Safran Foer