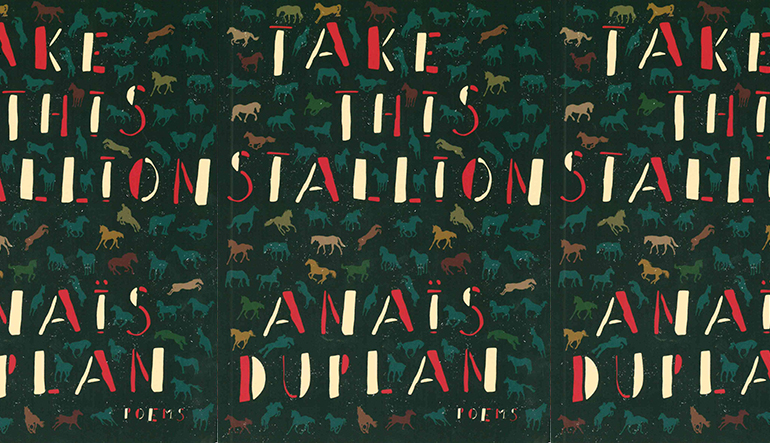 In a recent article published in Political Theory, Mihaela Mihai argues that in recent years, “complex injustices [have been] passing as ‘misfortunes’ that nobody feels responsible for.” Indeed, this displacement of responsibility has contributed to a culture of passive spectatorship, especially when considering instances of racial injustice. As Mihai rightly argues, a world of binary distinctions—good and evil, just and unjust, victim and perpetrator—allows individuals to overlook larger systemic problems that foster injustice.

At the same time, many writers, like Morgan Parker, Tommy Pico, Anaïs Duplan, and Danez Smith, have been turning to experimental forms as a vehicle for presenting both social criticism and alternative ways of seeing, representing, and understanding what Hannah Arendt calls “the active life”—in other words, the spheres of work, citizenship, and political action. These formally innovative texts naturally lend themselves to a complexity that is missing in much of contemporary discourse, while also fostering a more active role on the part of the reader. For these writers, the most effective way to present a new vision of social relations, and of the systems of meaning and value operating within society, is to model its workings for the reader, to involve them and implicate them within its structures.

Duplan has harnessed the power of both poetic tradition and its silences as he offers a vision of a more just society. Though drawing inspiration from New York School poets, Frank O’Hara in particular, Duplan bears their distinctive poetic techniques into new sociopolitical territory. By invoking the terse lineation of O’Hara’s well-known poems, among them “The Day Lady Died,” “Ann Arbor Variations,” and “Ave Maria,” Duplan creates a provocative relationship between speech and silence. In each of Duplan’s collections, the moments of rupture become both an indictment of the reader and a necessary imperative, as we are made suddenly and startlingly aware of the problematic systems in which we think, write, and relate to others.

For Duplan, literary tradition and this kind of systemic injustice are intricately linked. He writes in “A Love Song to Dean Blunt in Three Parts,” an essay included in his multi-genre collection, Mount Carmel & the Blood of Parnassus, “I don’t want to give up my body just because it’s being read incorrectly by the people around me.” Duplan skillfully calls attention to the unfair choices that society’s broken power structures force upon historically marginalized groups of people. Further, by presenting this text on black paper, with white typeface, Duplan evokes the inversion of these same hierarchies through his visual presentation of the work on the printed page. Indeed, to revise our thinking, we must also reimagine the cultural imagination that we have inherited. After all, the construction of a literary canon, as described by Charles Altieri, is a “manifest power.”

Duplan, in the end, claims such power for himself. For example, he writes in “On a Scale of 1-10, How ‘Loving’ Do You Feel?”, from his 2016 poetry collection, Take This Stallion:

I don’t love Yeezus as much as I love
Yeezus when I’m with you. And rappers
get lonely too. Zip-lining is not
a cure-all. Kim knows that
and knows how to backwards-
straddle a bike like a real woman’s woman.

Though steeped in postmodern popular culture, the artistic lineage of this text is strikingly clear. Consider O’Hara’s well-known poem, “The Day Lady Died”:

Though innovative in its enjambments, most readers would likely find O’Hara’s presentation of an international literary tradition dated, dismissive, and problematic. Yet, O’Hara’s distinctive lineation, in which the line exists in visible tension with the sentence, still proves provocative for contemporary readers. By rupturing the syntactic unit (for example, “buy / an ugly” and “poets / in Ghana”), O’Hara mirrors the violent impact of Lady’s death on the speaker, evoking both postmodern experimentation and its discontents.

In “On a Scale of 1-10, How ‘Loving’ Do You Feel?”, Duplan bears O’Hara’s lineation into new and provocative sociopolitical territory. By placing the poetic line in tension with the sentence, Duplan evokes a familiar literary heritage while also revising it. More specifically, he uses O’Hara’s literary tropes to create a space in which black popular culture is elevated to the realm of high art, placed squarely and prominently within a heretofore mostly white literary canon.

What’s more, Duplan’s use of silence, elision, and rupture within this poem, and many others, cultivates a novel relationship between the text and its reader. As each piece unfolds, the unusually timed enjambments remind us of the violence implicit in being made to inhabit a tradition that is hostile to one’s voice, aesthetic, and identity. Duplan capitalizes on our culture’s general discomfort with silence, anticipating that the reader will eagerly attempt to fill these spaces with narrative. In such a way, Duplan reminds us of the choices we are faced with in engaging with any cultural text: To what extent does our participation become an act of erasure? Can we reimagine speech as a kind of radical listening?

For Duplan, part of conversation is leaving room for the other to speak, a goal that he achieves with each enjambed line, each moment of rupture within the text. In such a way, the silences within Take This Stallion and Mount Carmel & the Blood of Parnassus become both cultural critique and readerly imperative. Duplan skillfully models radical listening in the relationship he cultivates between the text and its audience, prompting us to reimagine our interactions with artistic tradition and our lives in language.

There is so much you don’t know
about me. I once met an Australian,
told him he could have my underwear.
He didn’t want it. I’m better
when I’m mysterious.
I’m better when I’ve had a few
days to forget
how much I want you
to want me like you want Kim.

Here, Duplan uses each line break, and each oddly timed silence, to cultivate what Mary Kinzie referred to in A Poet’s Guide to Poetry as “half-meaning.” This gesture proves especially visible in Duplan’s choice to break the line after “you don’t know” and, similarly, “I’m better.” As readers, we wait in suspense to see how the clause will end. After all, most of us have been acculturated to crave wholeness, cohesion, and the resolution of narrative tensions. The moments of silence become liminal spaces, where a transformation of meaning—and the logic that governs the poem—become wholly possible. The fact that Duplan cultivates liminal spaces within the sentences is perhaps most provocative of all. The sentence, and the predominantly Western, predominantly male definition of reason and causation that it represents, is promptly destabilized.

In such a way, the radical listening that Duplan requires of us as readers asks us to suspend the prevailing models for organizing and structuring experience to allow room for alternatives to be proposed. The space of the poem, then, becomes a hypothetical testing ground for new ways of imagining social relations and the communities borne out of them. Duplan writes in “On a Scale of 1-10, How ‘Loving’ Do You Feel?”,

White people like to ask me about my hair.
They say did you get a haircut. I say no
it’s the shrinkage. ‘White people.’

Don’t be so pessimistic.
Don’t be so sensitive.
Don’t go so slow do it faster
nevermind let me do it flip over.

Here, Duplan moves provocatively between two types of lineation: enjambed lines and lines that end at the same time as the relevant syntactic unit. What’s particularly revealing is the fact that the moments of rupture come when the speaker of the poem is addressing the “white people” who appear as a collective throughout the poem. The lineation becomes a powerful social critique, calling our attention to the ways the speaker’s voice and narrative are cut short, redacted.

Yet at the same time, this poem is rife with possibility. By the end of the quoted passage, the unusually timed enjambments become a space for transformation, where the rules laid out in the previous lines no longer hold. “Do it faster / nevermind let me flip it over,” Duplan writes, his speaker reclaiming agency within the liminal space of the line break, its dangerous and brooding silence.

If the tradition we have inherited is “manifest power,” how does a poet working within its confines become a pillar of the resistance? In a promising body of work, Duplan offers us a tentative hypothesis, calling our attention to the apertures, the liminal spaces where the rules of language no longer hold. Culling inspiration from his literary predecessors, Duplan uses familiar New York School tropes to cultivate silence within his poetry and, in doing so, creates liminal spaces where anything becomes possible. Here, in these moments of rupture and elision, the rules of society—and the language that structures our relationships—can be wholly transformed.