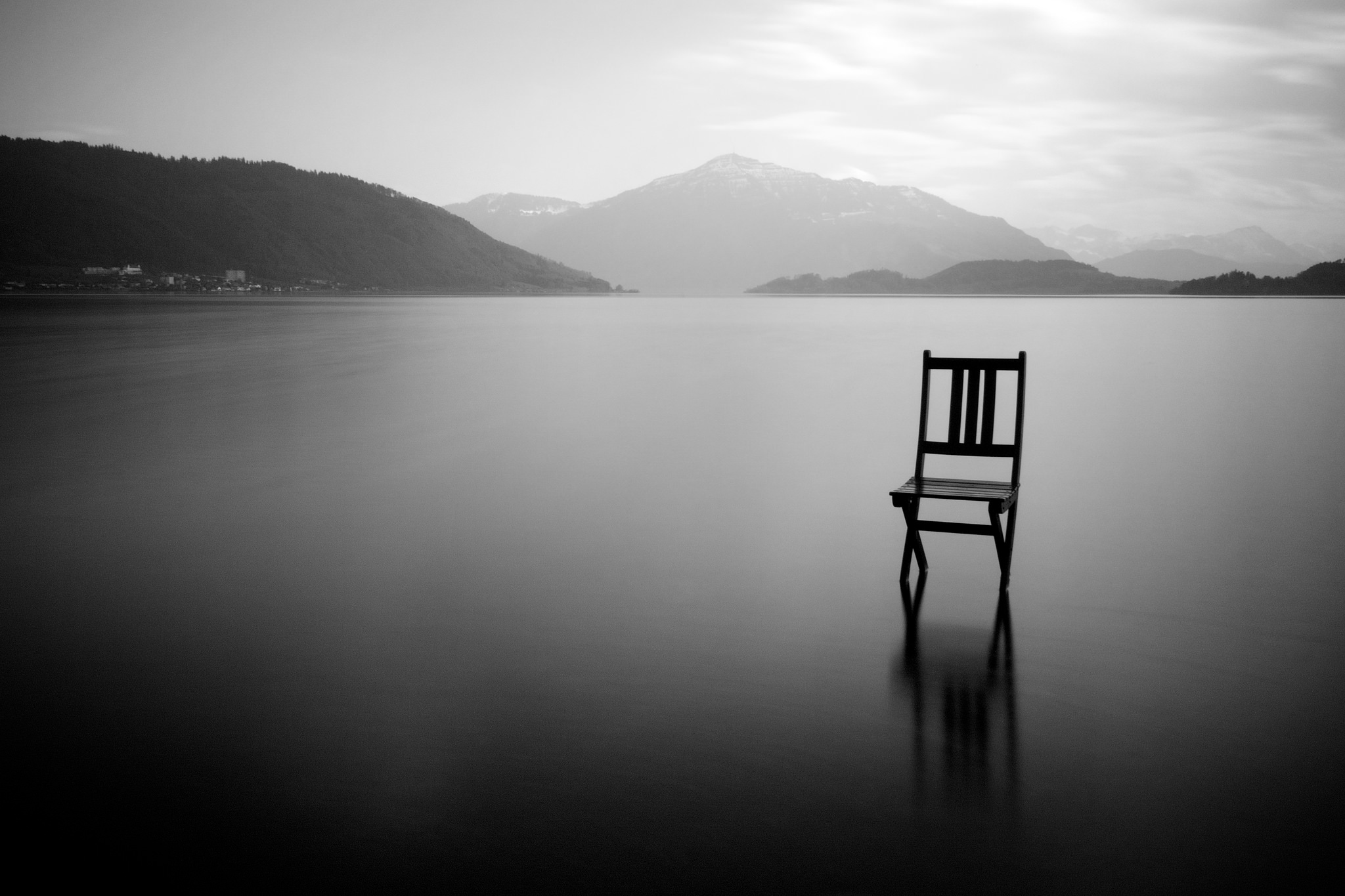 In “The Metaphysics of Youth,” Walter Benjamin observes that “[c]onversation strives toward silence, and the listener is really the silent partner. The speaker receives meaning from him; the silent one is the unappropriated source of meaning.” In other words, it is the space between words that sets off language, the dim background against which a light becomes visible. For Benjamin, silence was the precondition for a community out of which story arises, and the vast expanse waiting just beyond its inevitable end.

Three recent collections of poetry fully do justice to this complex relationship between silence, narrative, and the tacit relationships out of which language is born. Julie Marie Wade’s When I Was Straight, Eileen G’Sell’s Life After Rugby, and Rajiv Mohabir’s The Taxidermist’s Cut each consider, albeit from vastly different conceptual vantage points, the ways silence makes possible our experience of beauty, that “gift of dark lace” woven into each poem. For G’Sell, Mojabir, and Wade, the possibility of transcendence resides in the space between things, and it is always a bright aperture that gives rise to a “queer flutter that knocks about your ribs.” Though vastly different in style and sensibility, these three books share an investment in allowing opulence to be complimented by the reader’s own unspoken imaginative work and contemplation, offering us only “the sound of boots through snow and the dark.”

What’s more, these writers show us a full range of approaches to what silence can do. In G’Sell’s dense, image-driven lyrics, this purposeful withholding often takes the form of absent narrative scaffolding. What is left unsaid becomes an invitation to the reader, a pathway into the book’s rich fictive terrain. For Mohabir and Wade, however, each aperture manifests as a kind of rupture, a subtle violence done to voice and language. As Mohabir himself tells us, “Every time you speak they hear a different hell.”

In Life After Rugby, each line is gratifyingly dense in its presentation of images, types of rhetoric, and its vibrant soundscapes. For G’Sell, this disconcerting proximity—of images, of lexicons, and of narratives—gives rise to countless elisions, as the relationships, the rules that govern this imaginative topography, are often left to the reader’s imagination. Indeed, we are offered “a cheekbone shyly brushing your wrist,” though the speakers of these poems rarely tell us to whom a body, or an encounter, belongs.

In many ways, silence is intricately linked to pacing in this work, as the speed with which we transition does not afford time or space for exposition. It is the breathlessness of each poem, their restless movements and their dense, complex music, that allows silence to inhabit them so fully. After all, the relationships, the associations, and the resonances, are too numerous to count. Reminiscent of Joshua Clover’s The Totality for Kids and Kathleen Peirce’s The Ardors, G’Sell’s poems also fearlessly confront, through their satisfyingly dense constructions and their quick, unpredictable leaps, our own discomfort with silence, while at the same time gesturing at its inevitability. G’Sell elaborates:

With the best of her Sugar Ray Leonard bob,
She weaved beyond traffic.

Symphony, prosperity, the loose mares of time.
Homily of hominy, the long dreams and lime.
Outside her glowing loungecar, igloos in space.

In many ways, these lines might be read as an ars poetica, as G’Sell gestures at the work’s own “symphony” of disparate images, lexicons, and miniature soundscapes. In passages like this one, the reader begins to see that the poems are constructed against silence, but also that the poems exist because of that negative space. It is the absence of narrative scaffolding and all that is left unsaid that allows the story to grow wilder.

Mohabir’s poetry reads as a novel take on G’Sell’s exploration of silence, elision, and readerly unease. While formally diverse, spanning tercets, couplets, and hybrid experiments, The Taxidermist’s Cut is gracefully unified by an exploration of silence as a kind of violence, a rupture in the faultlessly woven tapestry of voice, narrative, and community. Mohabir writes, “Knowledge / of Violence: / where welts rose on my legs / from the riding crop hidden / by your headboard, / the crumble of song / shuddered in my hands.” Here, lineation, and its ensuing pauses, exists in tension with the sentence as well as with the syntactic unit. Clauses (like “knowledge of violence” and “hidden by your headboard”) are halved by Mohabir’s deft and provocative lineation. When read through the lens of the book’s exploration of cultural otherness, these stylistic gestures take on a new and conceptually arresting significance, as Mohabir shows us that silence—in poetry, in culture, and in our own consciousness—is politically charged.

Through his accomplished craft and thoughtful approach to style, Mohabir shows us the myriad ways that censorship and the fear, deeply rooted in our culture, of confronting difficult questions, is gradually internalized, shaping one’s conscious experience even in solitude. This, Mohabir shows us, is the ultimate form of violence and intrusion. He elaborates:

Your parents are at Bible study, leaving you alone with the devil inside.
Your clothes are strewn about the floor.

The rain ricochets drops through the windowpane.
Your drops drone and soar from the opened window as cicadas.
Inside you rain. You are a forgery. Not a wolf. Not an Indian. Not a son.

What is particularly revealing in this passage is Mohabir’s adept and skillful use of caesura. Here, the work’s meaningfully timed pauses, the persistent stop and start, give rise to an uneasy, hesitant music (most visible in phrases like “…as cicadas. Inside you rain.”). We are shown that the voice of culture (which manifests powerfully in lines like “You are a forgery.”) ultimately engenders silence, even in the speaker’s uncontested solitude. Yet at the same time, Mohabir calls our attention to the music that silence allows us to hear. What’s more, he reminds us of the persistence of voice, and of music, even as the voice of the establishment “drones” through “the opened window.”

Like Mohabir and G’Sell, Wade’s poetry exists at the interstices of speech, silence, and unease. Presented as a book-length exploration of the speaker’s life before she came out as a lesbian, the poems in this stunning collection are haunted by a kind of shadow story, a narrative that resides just beneath the surface of these lively, jocular poems. Like G’Sell’s poetry, these pieces exist against silence and the confrontation—with selfhood, identity, and desire—that inevitably ensues.

As the book unfolds, each poem becomes a poignant dramatization of what’s left unsaid. Yet at the same time, speech calls attention to its own artifice. Wade’s poems are constantly gesturing, at turns playfully, knowingly, and sorrowfully, toward all that cannot, will not, be spoken aloud. “I could tell my mother how / I wanted her to brush my hair / & braid it through with ribbons,” Wade writes. “I could tell my father how / I loved baking cookies & / pinning damp clothes on the line.” Here what’s perhaps most revealing is the line break and ensuing pause before “pinning damp clothes on the line.” The moments of elision, as in Mojabir’s work, become politically charged, as Wade’s speaker struggles to signify and perform an identity that is foreign to her. Through her silence, the speaker also experiences herself as foreign, and this, for Wade, is violence.

Yet she also shows us silence as agency, as manipulation of a cultural system and of readerly expectations. “I might have smiled more then,” Wade writes, “the part of my lips so often mistaken / for happiness. In fact, it was something else— // a fissure, a break in the line—the way / a paragraph will sometimes falter / until you recognize its promise as // a poem.” In much the same way that Wade’s speaker masquerades in her interactions with others, the moments of rupture and elision within the poem ultimately toy with the reader’s preconceived ideas about how a narrative should or ought to unfold. Here the pause, that subtle and playful rupture before “a poem,” the subsequent delay before narrative resolution, exemplifies the ways silence in Wade’s work gives rise to suspense, surprise, and wonder.

Indeed, that speechlessness engendered by culture is appropriated and recontexualized in a way that empowers the speaker, rather than censoring her. Like Mohabir and G’Sell, Wade shows us that each moment of elision contains multitudes. It is in these liminal spaces—the glowing aperture, the tentative sigh, the pause for breath—that the rules of language no longer hold, and anything becomes possible.