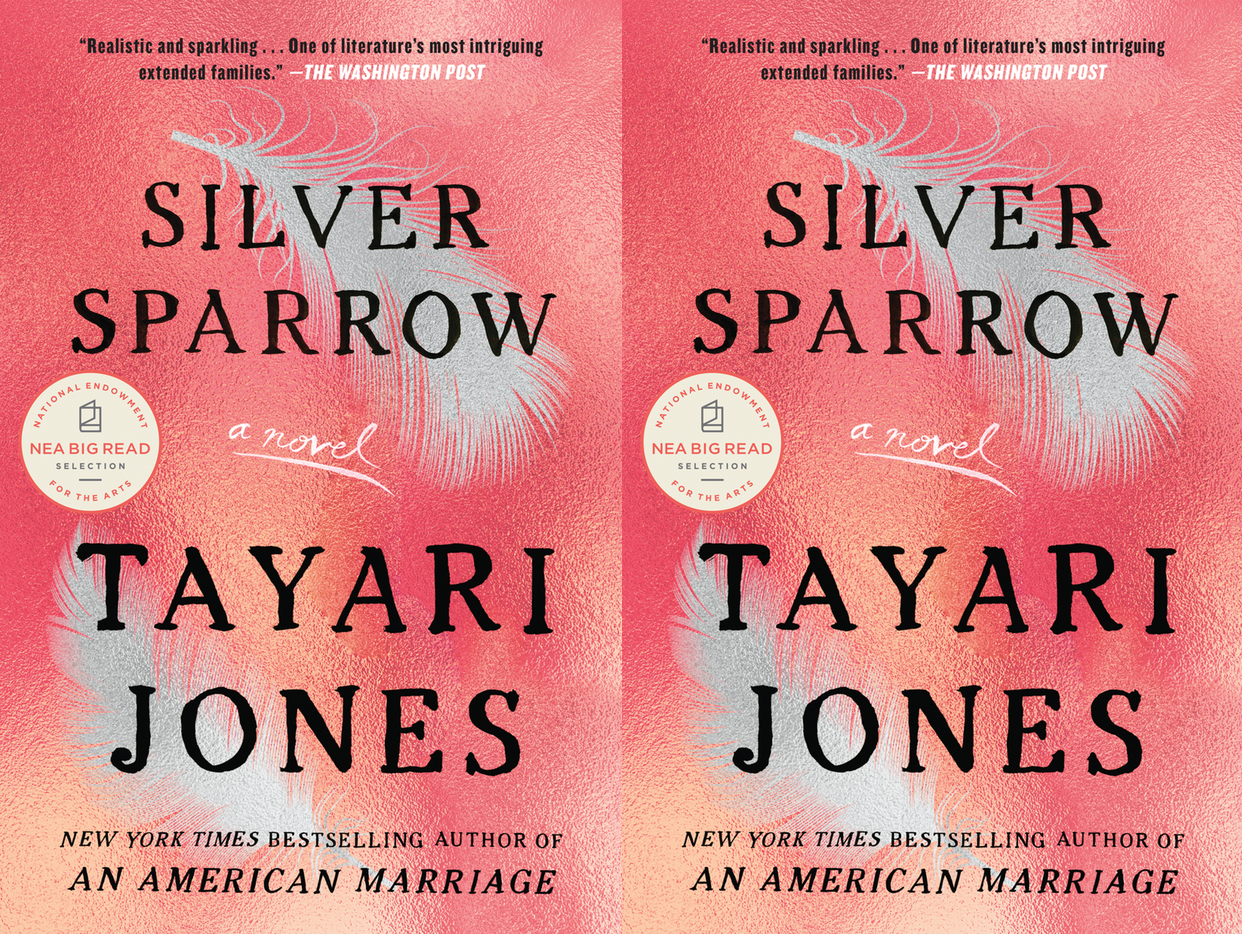 Reading Silver Sparrow, Tayari Jones’s latest novel, is much like playing a child’s memory card game. The cards are placed face down in front of you, and each turn you flip two over trying to find a pair.

The pairs that dominate in Silver Sparrow are James Witherspoon’s two families: the wife and daughter he publicly acknowledges, and the wife and daughter he does not. James’s two wives form another pair, as do his daughters, even as half of each pair is kept hidden. Smack in the middle is the pair James forms with his best friend, Raleigh, the only other person who can move freely into every aspect of James’s life and complicated marriages.

Although these pairs make up a seemingly unusual family, the true heart of Jones’s novel is an exploration of very normal family issues, in particular what it means to be a daughter and a sister. Silver Sparrow is told in two parts, the first narrated by Dana, James’s secret daughter, and the second by Chaurisse, his known one. Dana’s life is bound and influenced by her half-sister, whose decisions on schools and summer camps determine where Dana can and cannot go. The exchange for this is that Dana knows what Chaurisse does not, letting the reader in on her occasional spying missions and everything that she is supposed to keep secret. In the second half, as the sisters and wives approach the inevitable moment of discovery, the novel switches to Chaurisse’s point of a view, a clever trick that allows the reader to see the tension rising even as Chaurisse herself can only see hints.

With crisp prose and realistic dialogue, Jones is able to write a story that feels real and complicated. Despite the characters’ flaws, it’s hard to label a single one of them as a villain or victim. This is may be especially true of the unexpected character of Raleigh, the loyal friend and business partner of James. The temptation to cast him as James’s moral opposite must have been great, but Raleigh remains as contradictory as the others. It is easy to appreciate a writer who gives her readers such a complex and readable novel.

Approaching the end of the book, it becomes apparent there are no exactly matching pairs. Which two cards are plucked up together is more luck than fate. The questions that drive the novel stretch to the very end. Can Dana be her father’s daughter without being a secret? If James must choose a family, which one will he sacrifice? Can the daughters at the center of the novel overcome their parents’ choices? There are no cards to offer answers—only Jones’s compelling novel.

Margaret LaFleur is a writer living in Minneapolis. Her writing has appeared in Mason’s Road, The Millions, and elsewhere. She can also be found online at margaretlafleur.com.