These tearjerkers aren’t always easy to spot, but usually you can sniff the saccharine sentimentality and too-pat plot device of one (wo)man versus insurmountable odds. In short, there’s a kind of story that doesn’t quite ring true to the reality of the world we live in. It means well, of course, and while it does offer us some distorted glimpse of evil—in the way a trick mirror in a funhouse offers some semblance of reflection—it doesn’t dare flash us the full face of the monster.

Yet, there are some books that remain honest, whose pages stand as a testament to (wo)man’s incredible resiliency to exquisite, unimaginable agonies without dramatically minimizing or magnifying the struggle.

Here are a few of them (in my humble estimation).

1. The Count of Monte Cristo by Alexandre Dumas 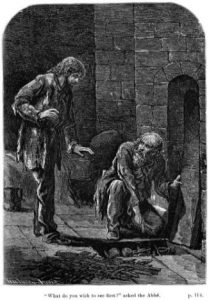 And now, farewell to kindness, humanity and gratitude… I have substituted myself for Providence in rewarding the good; may the God of vengeance now yield me His place to punish the wicked. —Edmond Dantes

Dumas’ classic serialized saga of revenge may at first seem like a superficial choice, what with its swashbucklery and exotic allure of pirates, prison breaks, and pistol ball smoke. But its adventure-y exterior belies a dark tale of cosmic injustice, rage against God, and man’s capacity for violence. Who of us, like our protagonist Edmond Dantes, hasn’t felt as though we were being punished for no reason, karmically spanked in spite of our innocence? Who of us hasn’t fantasized about all the nasty things we’d do to whatever force was responsible for our unearned abuse? While Dantes is down in that dungeon, fading fast from the memory of everyone who’s ever known him, so are we. We feel first time’s cruel, constricting grip on him and then, eventually, the terrifying absence of it. We feel his every screamed prayer to nothing and no one, his worn down bloody fingernails gone missing from scratching the ancient walls of his cell, his primal rage against man, nature, time, and God. Then, when he finally escapes, we feel the pure ice-joy with which he pursues his retribution with calculating, clockwork precision. He is the vessel through which we may channel our own sins, secret schemes for revenge, and blinding rage against fate. And at last, when he comes to the realization that he is wrong to have, “like Satan, believed himself for an instant to be equal to God…[that] supreme power and wisdom are in the hands of God alone,” we feel our own capacity for something better—for if Dantes had it that bad and could come again to know compassion, why can’t we? 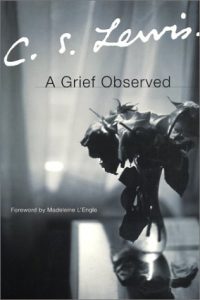 Her absence is like the sky, spread over everything. But no, that is not quite accurate. There is one place where her absence comes locally home to me, and it is a place I can’t avoid. I mean my own body. It had such a different importance while it was the body of H.’s lover. Now, it’s like an empty house. —C.S. Lewis

Clive Staples Lewis, more widely known as C.S., was a Christian theologian whose pastime just happened to involve penning fantastical epic allegories about deific lions, white witches, and magical wardrobes. But for me, his most enduring work is his most vulnerable, A Grief Observed, a thorough meditation on the loss of his wife gathered from four notebooks he kept during his grieving period following her passing. In these pages one can see, more clearly than in any of his other works, his faith put to the ultimate test, as he gropes in the dark to answer the seemingly unanswerable: Why would a loving God take from me my beloved? It is, I know, his most human book, because we see in his words the portrait not of a famous theologian whose spiritual logic is unshakeable, but the portrait of a man whose spiritual logic is quickly unraveling, crumbling away, melted by the steady rains of sorrow. We see a man struggling with his definition of God (“Not that I am in much danger of ceasing to believe in God. The real danger is of coming to believe such dreadful things about Him. The conclusion I dread is not ‘So there’s no God after all,’ but ‘So this is what God’s really like. Deceive yourself no longer.”) You would think it the ultimate bummer, I know, but it’s actually refreshing seeing a man of such incorruptible faith and dizzying intellect battling doubt and braving so thoughtfully the sharp teeth of bereavement. 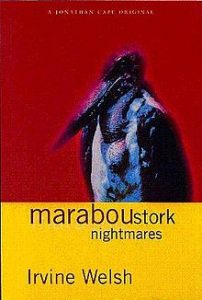 It’s only now that I realize that behaviour always has a context and precedents, it’s what you do rather than what you are, although we often never recognise that context or understand what these precedents are. —Roy Strang

Many could argue that Irvine Welsh’s transgressive, hallucinogenic odyssey has no place on this list, and they would have a strong case, no doubt. Marabou Stork Nightmares is a deeply depressing and unpleasant read, as it plumbs the depths of an unlikable and irredeemable protagonist Roy Strang—a Scottish hooligan who partakes in despicable acts—alternating between a traditional first person narrative structure (albeit rendered in thick Edinburgh dialect) and a more streamofconsciousness account of his dreams, subconscious, and repressed memories. It is, certainly, the least inspiring addition to this list, and it won’t leave you with a warm and fuzzy feeling. But what makes it powerful for me is, even as the ending is far from a happy one, there is a sort of poignant epiphany that gives me hope. It’s a line that, to this day, ten years after reading the book, still sticks with me. That it comes from the mouth of a monster is what makes it so profound. It echoes Rilke’s humanistic assertion that “perhaps everything terrible is in its deepest being something helpless that wants help from us,” and heartens me that no matter how deeply entrenched is the cyclical nature of violence, there is always hope for hopping off the carousel of abuse and making something better.

4. Push: A Novel by Sapphire 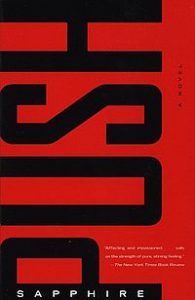 How is something a memory if you never forgit? —Claireece Precious Jones

Another book that will definitely leave you reeling, Push offers us the disenfranchised voice of Claireece Precious Jones, an obese and illiterate survivor of abuse (I say survivor because she survives it, she IS a survivor, though her abuse remains ritual and omnipresent throughout the book) growing up in Harlem. It’s a book that doesn’t flinch or avert its gaze from the daily atrocities of its protagonist. It doesn’t sugarcoat or coddle. It’s harrowing and heartbreaking and the stuff of nightmares, perhaps because it is anything but embellished; the crushing truth that childhood is like this for many growing up in the world is enough to break your spirit. However, there is a constant albeit subtle vibration of hope humming beneath the surface of the book. As Precious daydreams away the pain and eventually begins to receive the positive support she deserves, the language in the book begins to improve, emblematic of her spirit, as she is finally treated as a human being and not dirt. Literature ignites her imagination and serves as a formidable armor against the casual cruelty to which she has grown accustomed. Though it’s another book whose ending perhaps won’t leave you clapping, the inner strength and resiliency of its protagonist is enough to remind you the human being is a marvel, capable of withstanding so much with grit and grace.

5. The Road by Cormac McCarthy 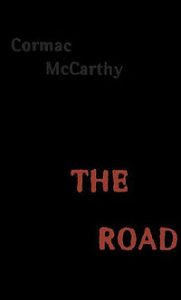 What’s the bravest thing you ever did? He spat in the road a bloody phlegm. Getting up this morning, he said. ―Cormac McCarthy

The bleak afterworld of an unspecified cataclysm is the setting of The Road, in which a father and son wander toward the sea, navigating a landscape of burnt memories, cannibals, sickness, and the elements. There are no zombies. There are no tin can samurais. The post-apocalypse is neither romantic nor is it adventurous, it’s horrific, riddled with doubt and rendered in monochromatic horror. Yet, there is the thinnest sliver of light permeating the desolation, urging them (and us) onward, beating like a secret heart beneath the blackened snow. A sequence in which the man and boy share a soft drink (“a treat,” as the father describes it) reminds us of what it means to be human—fragility, brutality, yes, but tenderness too. After reading The Road, something as simple as getting up in the morning to face the day, to press on, to continue fighting for existence in spite of all the overwhelming evidence against its worth, becomes the most courageous act imaginable.

6. The Divine Comedy by Dante Alighieri 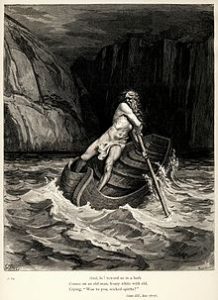 Midway upon the journey of our life, I found myself within a forest dark, for the straightforward pathway had been lost. ―The Pilgrim Dante

The original dark night of the soul is depicted in Alighieri’s epic poetic masterpiece, spread across three journeys: Inferno, Purgatorio, and Paradiso. The Pilgrim Dante treks across an imaginative tour of the sins of man to reach Heaven, guided by the love of his beloved Beatrice and the greater wisdom of the poet Virgil. Obviously it’s all allegorical, but the force and truth of the allegory is what sustains it. Beyond the creative concept of contrapasso (literally, “divine justice”), which basically means one’s eternal punishment is befitting of their earthly crime (thus, the lustful are forever blown about by restless winds as gluttons are forced to lie in vile and putrid torrential waters), what earns this work its place on my list is its conviction that we, human beings, are numinous creatures capable of salvation. That the last word in each book is Stelle (“stars”) is not an accident—it’s a reminder to keep our eyes and hearts aimed skyward, toward ascension and the light of a love higher than ourselves. For Dante that means God, but it can mean whatever it wants for you and me.

“Abandon all hope, ye who enter here,” reads the inscription on the gate to Dante’s conception of hell. Personally, I would offer the opposite advice. Pandora’s Box, lest we forget, was full of terrible evils. Yet there was one anti-evil, too, one redeeming salve let loose which continues to persist, forever indicative of the human creature: hope. To some, that might seem like a raw deal, but I see the cosmic balance remains as poised as ever, all those unflappable evils still no match for a mere thimbleful of hope. Such are the books that feel most real to me—pinpricks of light pulsing bright against a vast, black expanse.