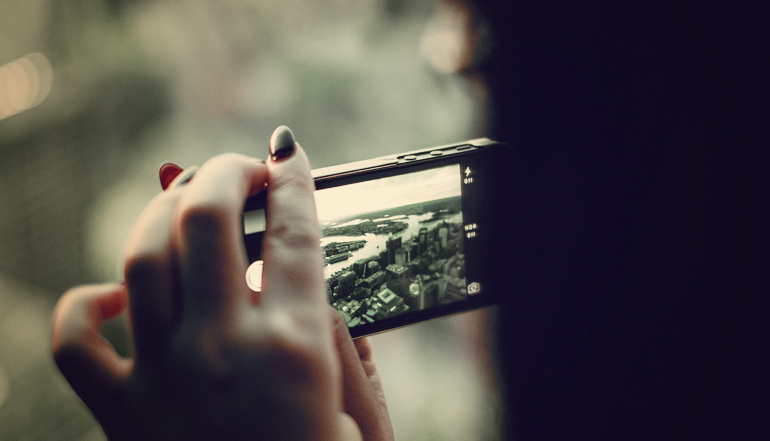 When was the last time you looked something up on the internet? I suspect your answer is measured by hours rather than days. Maybe it’s even minutes. Instant access to incomprehensible amounts of knowledge was incredible when it happened within the physical space of an encyclopedia. Now, that same knowledge is accessible on a machine that will fit in our pockets. The smartphone wasn’t specifically prophesized by either Aldous Huxley in Brave New World or George Orwell in 1984, but the device is a manifestation of the dark vision both men had for how human beings relate to one another.

The path likening science fiction to the real world is well-worn. Huxley’s book was his way of jabbing his finger at H.G. Wells’s speculations. I recognize comparing Brave New World to 1984 is hardly a novel idea either. Both books are so much a part of our cultural shorthand that high school students can expect to be asked to write a same/different essay on them. The task hasn’t been limited to young minds: Neil Postman and Christopher Hitchens both took up the challenge. If Godwin’s Law refers to the moment someone cites Hitler in an online argument, perhaps we need similar nomenclature to identify when someone links a current event to either Brave New World or 1984.

Call backs to Huxley and Orwell are not the province of one group on the political spectrum, but they do occur most frequently within a political context. Politics are something everyone has an opinion about, so it’s easy to get caught up in the accuracy predictions of Brave New World and 1984. Huxley focused more on technology and seems to have been on the mark on cosmetic surgery and the intrusion of science into our corporeal beings. His book goes down easier, which arguably makes it more potent. Orwell was more concentrated on politics but he predicted the surveillance state and something like Skype and Google Hangouts. Both men were Brits (Orwell studied ever so briefly under Huxley at Eton) who were writing in the aftermath of a global crisis: Huxley, the Great Depression, Orwell, World War II. But essentially, both men’s books were considerations of the way humans might someday relate to each other based on their experience of the present and recent past.

That is where the smartphone comes in. Neither man explicitly predicted the existence and subsequent prevalence of mobile technology, but in a way they did. For I submit that the dystopias that Huxley and Orwell wrote could be brought about by the smartphone. In some cases our current world mirrors precisely aspects of Brave New World and 1984 and on a global scale.

If you happen to live in a major metropolitan area—as most of the world now does—it’s impossible to ignore the degree to which people use—or, should I say are used by?—their smartphone. Aliens who arrived on our planet would surely believe that whoever or whatever was powering our devices are the ones in charge. To travel on a subway in 2017 is to watch sentient adults get lost in the screen in their hands.

Smartphones now hold such a prominent place in our culture that they have become a class identifier, and class features prominently in both Huxley’s and Orwell’s books. The sleeker and newer your smartphone, the higher you must be on the class ladder. With our heads buried in our Androids and iPhones, we lose sight of the fact that, as far as the rest of the world is concerned, people with the latest and greatest smartphones and access to networks that enable them are, in fact, among the most privileged people on earth. What we take for granted would fundamentally change the trajectory of someone else’s life on the other side of the world.

Try as we might to stop them, the phones, their makers, and their applications are leading us more than we’re leading them. There is no global dictator making pronouncements or monitoring us as in 1984 but the effect is not dissimilar. Were Huxley writing today he might well say we were in year AJ10 (ten years after Steve Jobs rolled out the first iPhone).

A quick survey of my friends confirmed this. All but one wished they used their smartphones, decrying their obsession as “horrible” and a “rabbit hole” of wasted time. The only friend who was satisfied by the amount of her phone use said it was sad how smartphones have caused people not to appreciate the present and the things around them.

Indeed, the explosion in mindfulness is a society-level response akin to John from Brave New World adopting an ascetic’s lifestyle to reject the encroachments of technology.