Home
»
Critical Essays
»
So Your Character Wants to Be a Historian 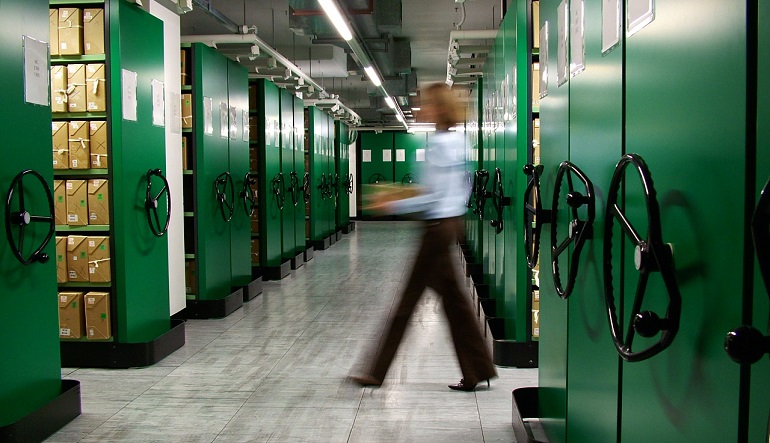 Maybe it’s something about the 21st century, and the anxieties awaken by the new millennium. Maybe it’s the result of the social movements of the 60s that renewed interest in marginalized and erased histories. There’s no easy way to actually quantify this, but it feels like more and more characters I see in books are historians of some kind – regardless of their status, amateur or professional, these are characters who do sleuthing work about the past, consciously or not. This goes beyond having an interest in family history: the characters are deeply implicated in a process of finding out what happened, and interweaving multiple levels of history (the family, the community, the nation).

Take Cathy Park Hong’s poetic sequence Dance Dance Revolution, where one of the two main “characters” is literally named the Historian. Their gender is never revealed but we manage to glean other details about them throughout: their father was the former lover of the Guide (the other main voice). The Historian comes to the Desert, the city in which the book is set, in the hopes of finding the Guide and thus, through her story, discovering more about their own family history. They more or less fail, though, for various reasons, admitting right off the bat that history has always been “stingy” to them. Somehow, history is always out of the Historian’s reach, but that doesn’t stop them from trying.

The book itself is then supposed to be the result of this “research” conducted by the Historian: most of the poems are transcriptions the Historian made based off the recordings of the Guide. The book has eight sections, and seven of them end on an excerpt of the memoirs the Historian is writing. There’s also a preface and a chronology recapping the Guide’s life, both established by the Historian. So Dance Dance Revolution is a collage that juxtaposes four levels of history—personal, familial, national, and transnational. It illustrates how historiographic work can be integrated into literary forms—poems and memoirs—that work with, around, and against trauma, resisting amnesia, and opening up new ways of claiming memory for marginalized groups.

This phenomenon might be more subtle in other works: Ruth Ozeki’s A Tale For the Time Being, for example, features characters who function more as amateur historians. In this novel, the protagonist one day discovers a Hello Kitty lunchbox that’s been washed up on the beach; in it, is a diary written by Nao, a US-born teenage girl of Japanese parents. There, Nao details her life, her social isolation when her parents move the family from San Francisco back to Japan, and her relationship to her grandmother, Jiko. Jiko is a Zen Buddhist nun, an anarchist, a feminist, and a novelist herself; she’s said to be more than a hundred years old. As she spends time with Jiko, Nao starts getting glimpses into the ways her family history is intertwined with that of WWII.

Nao is a historian of sorts: she records, uncovers, and/or reflects upon the past. But her status, as an amateur who’s not even actively trying to do historiographic work, makes her an ambiguous figure in terms of legitimacy, all the more so as her object of study, Jiko, is definitely not the kind of national hero who’d be praised in the history textbooks, since she disrupts social hierarchies already in place that value masculinity, militarism, and nationalism. Nao’s attempts at uncovering history are not just a matter of recovering lost history, but also connecting to other women ancestors in the genealogy that might help her perform healing, both for herself and for her family.

In other cases, the writer acts as the historian and implicates herself or himself directly into the text to highlight this process. We can see this for example in Robin Coste Lewis’s poetry collection, Voyage of the Sable Venus, where the middle section consists in a series of loosely chronological poems made up entirely of titles, catalog entries, and exhibit descriptions of Western works of art featuring a black female body, ranging from 38,000 BCE to the present. Lewis lays out the rules she set for herself when she started creating these “found” poems in a prologue; and in a final appendix to this section, she gives a list of all the names of the museums and institutions in which the works may be found.

Lewis opens up a breach in the gendered and racialized violence perpetrated, in particular, by Western art historiography, which has been complicit in Western colonialism. She excavates and sifts through the Western aesthetic archive in order to show how the racial Other is still touted as an exhibit-worthy figure. This way, she highlights the ethical and aesthetic issues at the heart of historical research and literary representation: how do you represent the violence of the past without perpetuating said violence? By refracting history into poetry, it seems Lewis is trying to find a place in writing and language where black women can cease being exhibits and become subjects again on their own terms.

These are just three examples out of many, and it’s nothing new, as Octavia Butler’s Kindred or Adrienne Rich’s poetry do stage such historian figures, but still a general trend appears: being a historian in 21st-century literature isn’t just about highlighting the erasures in the history of certain groups. It’s also, and more importantly perhaps, about rethinking quite radically what it actually means to create history out of the past.