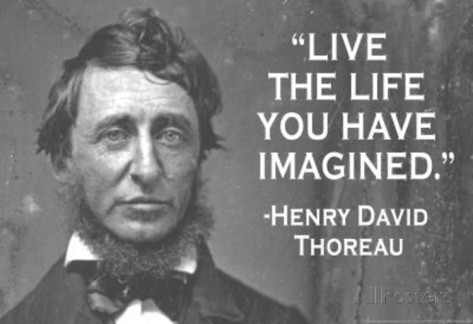 I seem a little less in love with literature because of social media. My apologies to the Ploughshares staff who have to Tweet about this post, but it’s true.

For a few months I was an intern for an online literary magazine, helping with their social media. I’d done some marketing via Twitter and Facebook before, but nothing on this scale or with the guidance of people who really know what they’re doing. It was an exciting opportunity. But as I got more involved and learned the tricks of the trade, I became disillusioned.

You learn quickly that all most people want on Twitter and Facebook is an image. It doesn’t matter who or what you’re trying to promote: all the retweets and shares go to whoever has the most striking picture to share. It helps even more if it’s a picture of an already famous author, preferably one who’s dead. James Joyce playing the guitar is social media gold. (Note-to-self: ask Ploughshares editors if I can use that James Joyce pic.) The form is far more important than the content. They don’t even really have to match. If you’re talking about an author people are a little less familiar with, you’ll want some black-and-white landscape photography or a 19th century painting, something that screams “CULTURE!” and that you don’t have to think too hard about to enjoy.

Maybe, except that the literature doesn’t really seem to get shared. The magazine I worked for publishes literature and criticism of what I consider the highest quality, but the data reveals that very few people will follow links to read even the most retweeted articles. Even fewer will stay on an article long enough to read beyond the first couple sentences. You’re now roughly 300 words into this blog post. If you’re reading this sentence, you’re one of a proud few.

So if the literature and criticism aren’t getting read, what’s the point? All that’s left is literary gossip, lists of prize winners, and quizzes about which Pride and Prejudice character you are. (Mr. Collins? Ouch.) Yes, the case can be made that literature helps you connect with other people, and I have no doubt that sharing one’s love of literature with other fans does have real value. But fandom is only ever just fandom. Fandom is a system of adoptable self-images, representations of a work of art that serve as useful identity markers but will never bring you any closer to yourself or the art. I used to share literature links on Facebook and Twitter all the time, but was I really trying to share anything? Or, as I think might have really been the case, was I just trying to fit myself into a convenient image of “the literary guy”?

Fiction and poetry are very intimate forms of communication. Appreciating literature requires time alone and a heightened degree of concentration. As you struggle with the book, the book struggles with you. It restructures your thoughts, teaches you to think and feel from a unique angle. Real appreciation doesn’t end in a tweet saying “This book is so good!” That’s not going far enough, and it’s not even very helpful (unless you’ve got books to sell). Real appreciation ends with personal knowledge, a renewed awareness of your own past and present and future. All previous images you’ve had of yourself are smashed to pieces; no image you could receive from anyone else can accompany it. The connections literature helps you make with other people are nothing in comparison to the connections it can help you make within yourself.

(Or maybe you just like to be entertained, which is totally fine. Seriously. Go follow Neil Gaiman and Margaret Atwood and don’t take orders from some blogger who reads too much Henry David Thoreau and Neil Postman.)

If the experience of literature is so deeply personal, can we talk about literature at all? Sure, of course. But we ought to recognize the contingency of our judgments, the vast plurality of readers and readerships, and the ten-thousand degrees of difference between readers that make contests and best-of lists so pointless. And we ought to consider the ways we might be using social media not just to praise literature but to avoid it. I don’t really tweet about books anymore, so I seem a little less in love. But—and this is a truth easily lost to the internet—things are rarely what they seem.