Home
»
Interviews
»
Some Poems Sing Through Us: An Interview with Susan Elmslie 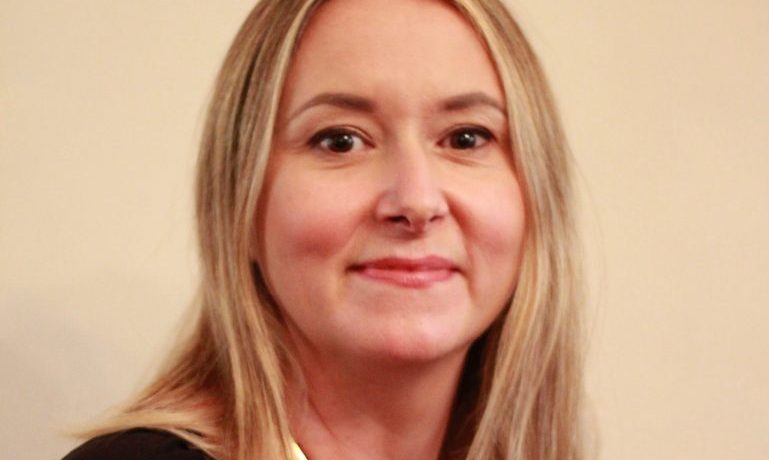 I first encountered Montreal poet Susan Elmslie through the publication of her prize-winning chapbook, When Your Body Takes to Trembling (Cranberry Tree, 1996), a small selection of poems I found quite striking (and, maddeningly, is one of a handful of items long lost from my personal library). Since those early days, her poems have appeared in several journals and anthologies—including the Best Canadian Poetry in English (2008, 2015), the Best of the Best Canadian Poetry (2017)—and her second trade collection of poetry, Museum of Kindness, is new from Brick Books (2017). Her first collection, I, Nadja, and Other Poems (Brick, 2006), won the A.M. Klein Poetry Prize and was shortlisted for the McAuslan First Book Prize, the Pat Lowther Award, and a ReLit Award. A Hawthornden Poetry Fellow, she holds an MA in Canadian Literature from Western and a PhD in English from McGill. She currently teaches English literature and creative writing at Dawson College in Montreal. With the appearance of her long-awaited second full-length collection, I asked her a few questions about it, and about writing in general.

Rob Mclennan: The poems that make up your second collection, Museum of Kindness, deal with more intimate themes and concerns than your first collection, composed around André Breton’s surrealist muse Nadja. Was this a conscious shift on your part? How did this collection first come together?

Susan Elmslie: True, the centre of I, Nadja, and Other Poems is the cycle of poems focused on Breton’s surrealist muse, and those poems grew out of my interest in, and affinity for, Breton’s book and were informed by the substantial research I did on the relationship between Breton and the woman who called herself Nadja. There are also poems in that collection that focus on family life and “the lives of girls and women,” as one reviewer put it, and some people might think of those poems as intimate in focus. So, there is some continuity between that collection and Museum of Kindness. While this new collection contains some poems that are informed by my reading and research, two of the book’s sections—“Trigger Warning” and “Threshold’’—deal with things I experienced directly. It was a conscious decision to write about the school shooting that happened in my workplace in 2006 [September 13 at Dawson College] and the emotional fallout that I experienced afterward, though it took me a long time to write those poems. I was also compelled to write about my experience of imposed bed rest during a complicated pregnancy and some of what I have experienced parenting a child with special needs. Not having encountered very many poems that broach these subjects, I felt that there might be some people who wanted to see those poems. It may be true that—just as there was one critic who cared not at all for my breastfeeding poem in I, Nadja—there may be some readers who would rather not go to those places. But I wrote these poems especially for the person who has been there, to say “you are not alone.”

How did the collection first come together? It first took shape as an exploration of the idea of genre in the broadest sense. In the opening gambit for an episode of This American Life, titled “Before it had a name,” Ira Glass remarks: “There’s the time when you know something is happening, but you’re not sure exactly what. The illness before it’s diagnosed. The era, before it’s been given a title. And something changes when the name is given.” How do the contours of the thing, the experience, that we confront take shape, until the phenomenon can be recognized and named in a word or phrase that encapsulates its gestures and conventions? Active Shooter. Fetal Abduction. These terms came after the phenomena and attest to the power of pattern recognition and our need to understand what, at first, doesn’t make sense. A friend once asked me, “What’s your genre?” I answer that question directly in the poem “Genre” and in the arc of this collection as a whole, which I have dedicated to my friend.

In Museum of Kindness, I explore “genres” familiar and hard to fathom: the school shooting, PTSD, parenting a child who has a disability, awaiting a diagnosis.

RM: I remember that shooting, and the relief at receiving the email hearing you had managed to get safely off-campus. What was the process of composing those poems, or the ones around parenting a special needs child? Was there a difficulty in attempting to articulate some of those spaces? How did you manage to work through those difficulties?

SE: I don’t have a single process. Many of the poems in this collection were composed while I was in transit: walking home after dropping my daughter off at school, en route to work or home in the métro. I’d compose segments in my head and quickly write them down, or sometimes just record sections, however raw, using the microphone in my phone’s Notes app, to get things down when they bubble up. The first school shooting poem came right away, and I made only minor changes to it afterward. Others took years to finish. Most of the important work usually happens in revision.

The main difficulty is carving out the time. The demands of caring for children, and especially for a child with a disability, could easily make writing poetry an extravagance, or an impossibility. Researchers at the University of Wisconsin-Madison published their findings that mothers of children with autism “experience chronic stress comparable to combat soldiers and struggle with frequent fatigue and work interruptions.” Many nights I don’t get sleep. Sleep deprivation and living on high alert takes a toll. I am doing a kind of guerilla gardening, cultivating a space that I don’t have ready access to. In writing and crafting poems, I find the closest thing I can to a sort of meditation, a quiet space of observation. Art gives my mind a place to go.

RM: Is it simply about time? I’ve never had the sense that you were a quick writer.

SE: Yes, it is about time. Writing is a fraction of what I do—an important-to-me fraction. I compose/write a lot in the segments of time that I have. Not all of it goes out, though. I’m slower at putting stuff out there. It takes time for me to discern the good from the not-as-good.

RM: Some twenty years ago when I first discovered your work, through the chapbook When Your Body Takes to Trembling, it was clear you were someone already confident in the lyric. How do you feel your writing has shifted or evolved since then?

SE: I think the biggest change from those early poems and that chapbook is that, after its publication, I began to practice the dramatic monologue and experiment with voice more as well as write series of poems. There are many dramatic monologues in I, Nadja, and Other Poems and some in Museum of Kindness, too. In one, “My First Daughter,” I pay homage to Robert Browning by adopting the structure he uses in “My Last Duchess”—56 lines of open heroic couplets—to imagine the voice of another complex historical figure: Joe Kennedy Sr. I’d say that another evolution is my preoccupation with narrative structure as a through line in a collection as a whole.

RM: What is it about narrative structure, specifically the dramatic monologue, that appeals? What do you feel you can explore with such structures that you couldn’t be able to otherwise?

SE: The dramatic monologue allows me, through the voice of a historical figure, to explore on a deeper level and at some aesthetic distance some of my obsessional themes. For me, it’s a little bit like playing with dolls, to “get” their voice. But there’s also the added benefit that these characters teach me something that I didn’t know I knew. The concept of dramatic structure—or plotting—appeals to me because it’s a way to deepen the journey for me as a writer and potentially for my reader as well. When I map out a collection, I am able to see what holes or gaps there are in the narrative through-line, and then I can write a poem to mark that moment in the journey. So, working with dramatic structure—creating a sort of narrative in the order of, and “dialogue” between, poems—is a generative and clarifying process: new poems come out of it, and I can see poems not just as stand-alone constructions but also as a part of a coherent whole, which helps me to hone individual poems to sharpen their impact.

RM: There are a number of other Canadian poets I’ve been reading lately that explore different ideas of “voice,” such as Ottawa poet Stephen Brockwell, and Vancouver poet Shazia Hafiz Ramji. Do you see your exploration into voice one that exists exclusively within the realm of poetry, or might you move into prose, or for the stage? What brought you to exploring the dramatic monologue through poetry?

SE: Ha! I was named in my high-school yearbook “Most likely to write the great Canadian novel.” I have considered writing a novel and a play, and I have ideas for both. Projects like that require long stretches of time and, so far, that has eluded me. If I can find the time to map it out and then break it down, I may get one of those longer-form projects underway. I mean, that’s one of the reasons, but not the only reason, that I write poetry: I can hold a single poem in my head and carry it around that way while I work on it. My interest in the dramatic monologue coincided a bit with my awareness of some of the limits of the lyric. Working in fiction and drama entails some different skills but also some skills that overlap with writing poetry. And maybe of these, the most transferable skill of the poet is the ability to build from the smallest detail or gesture to suggest the bigger emotional arc. I’d like to write a play about what it can be like to raise a child with autism. I enjoyed watching the series The A Word (BBC1). I know I could tell a compelling story for the stage. Dialogue’s the tricky part, and that might be amplified when a central character doesn’t use words but makes lots of sounds that make it hard for the other characters to hear each other. Is this a play anyone would want to see? Or maybe the better word is “witness”?

RM: What do you see as the limitations of the lyric?

SE: Well, I did begin to feel for a time after my very first book (the long chapbook When Your Body Takes to Trembling) that there were limits to what I could do with lyric poetry. But then my idea of lyric expanded. Except in the purest “hey nonny nonny” songs, the dramatic and narrative are always threads in lyric poetry anyway—just as dramatic and narrative poetry contain lyric elements; it’s just about the mix. There have been plenty of critics of the lyric. Translator and scholar Clare Cavanagh rehearses their central objections well in her essay titled, “The Limits of Lyric: Western Theory and Postwar Polish Practice.” As Cavanagh articulates the shortcoming of the lyric as seen by its detractors, “it places transcendental timelessness over active engagement in the here-and-now” (16). But that is not always the case, as Cavanagh shows with reference in particular to Postwar Polish Poetry, which she has translated. Brick poet and scholar Kim Trainor also deals with the question in her blog. In short, I don’t see the lyric as having limitations that diminish its power in a particular instance. It is part of one’s repertoire. It can take on additional power through framing and juxtaposition within a collection. Not every poem has to do the heavy lifting. Some poems sing through us.