Home
»
Reading
»
Somewhere Else: One Woman and Her Car 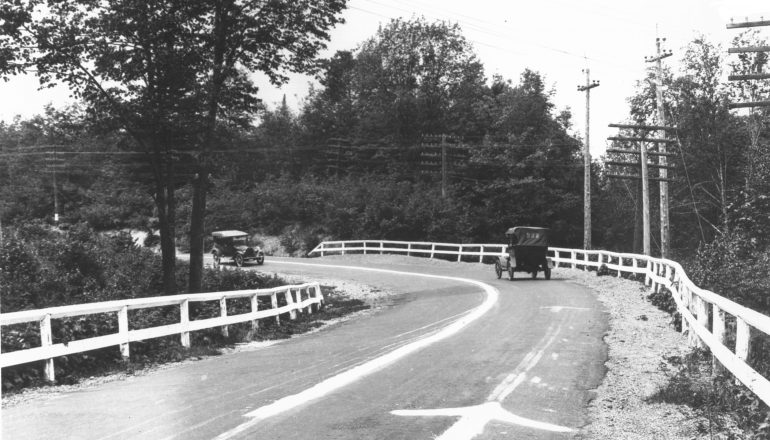 About two years ago, I arranged for a one-way ride to York, Maine, to buy a 2004 Toyota Matrix that I found on Craigslist. While the owner counted the cash, he gave me a brief history of my new car. It was his mother’s when it was new, when it lived in a garage and only made small trips to the grocery store or the pharmacy. After she stopped driving, he gave the car to his daughter, who used it while she was in college in Rhode Island. Now that his daughter was graduating with high honors and onto medical school in Boston, he wanted to buy her a new car.

I believed the guy. He kept a tidy house, had a two-car garage, and was delightfully proud of his daughter. The car was in great shape: hardly any rust, well-maintained interior, low miles. I liked knowing the history of the vehicle not just because it made me feel more secure in my purchase, but also because it gave me faces for its ghosts. I knew exactly where I entered the story.

I still drive around with the ornament that the college girl hung from the rear view mirror. It’s a string of beads, the plastic kind that I’ve mostly seen stacked on the ends of hair that’s been braided into corn rows. The string itself can only be described as gimp, a flattened plastic cord used in kitschy craft projects that I haven’t laid eyes on since the early ‘90s. This bit of decoration is completely outside of my own aesthetic. People who know me well might be confused by it, and people who don’t might think they’ve gleaned some new insight into my personality when they see it hanging there. I keep the beads because I’m superstitious about matters like these, and because it reminds me of the young woman who drove her grandmother’s old car, and because her father couldn’t bear to take it down when he turned the car over to its next life.

Such are the intimacies of driving a car. I didn’t think I’d ever be the kind of person who loves her car, probably because until this little gray hatchback, I’ve never had a car that earned much affection. The cars before this were either too far gone to be able to drive without general anxiety, terrible in the snow (more anxiety), or not truly mine. Now that I’ve professed this strange new-to-me car love, and subsequent driving love, I find myself unable to align these feelings with who, up until now, I thought I was: a perfunctory driver who found everything associated with cars and roads to be only a means to an end.

So is this a purely materialistic infatuation? Is this a sign that capitalism has become rooted in my inner life? Am I too American? Do I love my car in the same way a man loves a car? How can that be? How can I justify loving something when the very act of using it is causing the greatest mass extinction in our planet’s history? Wouldn’t it be better if I loved canoeing this much instead?

I can’t begin to reconcile my regular participation in the destruction of the planet in any way. I could try to unburden myself of this conflict by saying that any love is, by its nature, complicated. But that would be distasteful and only complicate things further. At least I know that my love of driving my gray 2004 Toyota Matrix is not tied to any notion of it as a status or sex symbol. That being said, humble as this vehicle may be, I know that I’m fortunate, globally speaking, to have it. As for the American-ness of driving a car, I think Joan Didion was on the right track when she said, in her 1976 essay, “Bureaucrats”:

“The freeway system . . . is the only secular communion Los Angeles has. Mere driving on the freeway is in no way the same as participating in it. . . . Actual participation requires a total surrender, a concentration so intense as to seem a kind of narcosis, a rapture-of-the-freeway. The mind goes clean. The rhythm takes over.”

Yes, my love of driving my car has something to do with a clichéd communal sense of freedom and individuality that is at least in some way tied to American values, even though it makes me squirm to admit that. I have no idea what it’s like to drive in Los Angeles, but Didion invokes the freedom-of-the-road mentality that so much Americana is tied to. At least this time it was a woman who said it.

Still, the squirming part of me, or maybe the writer part of me, feels the need to look further, lest the reader think I’m no more than a wind-blown, flag-waving, highway junkie (not that that’s what Didion meant at all, really). I finally found the best approximation of my feelings in E.B. White’s words, “Everything in life is somewhere else, and you get there in a car.”

Good old E.B. is being facetious, of course, perhaps remarking on our tendency to never be satisfied with what we have, where we are, who we’re with, ourselves. I love my car because it caters to that very human (or is it particularly capitalist? American?) insecurity.