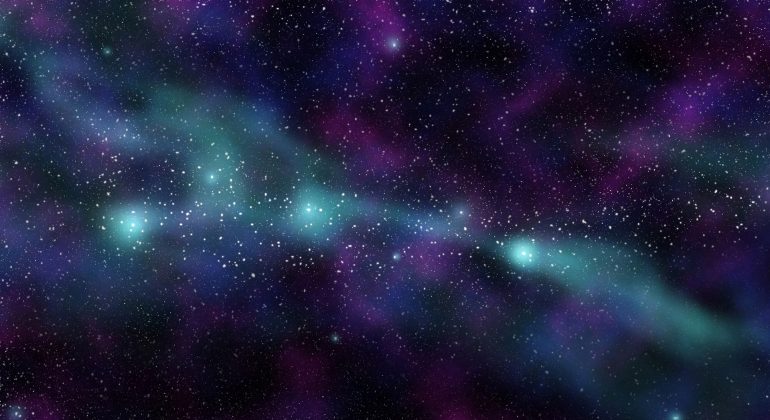 Co-authored by Charles Wohlforth and Amanda R. Hendrix, Beyond Earth gives many readers more questions than answers. Beyond supplying the non-scientist with foundational information on what we currently know about the possibilities (or lack thereof) for space exploration and how we came to know it, the book offers potential glimpses into the future based on this knowledge, predictions guided by trends in data, born from the curiosity of the unknown. It’s not science fiction, and depending on who you are, it’s not much of a nighttime storybook either, but like many things on this planet, that’s changing faster than we expected.

What can we expect from space fiction as our knowledge of the universe expands? Non-fiction books on space are becoming just as cool as their fictional counterparts. Some seem to even prefer the former for their accuracy, as far as we know. But what do we know?

Andy Weir’s The Martian took three years and an author fluent in the language of orbital dynamics, along with feedback from devoted readers and conversation with NASA, to write. It’s considered to stick to the facts, and the major motion picture made in its name was treated happily in the box office. This conversation is not new–we had it recently with Interstellar and have been having it since The Twilight Zone.

Perhaps it’s politics. The globe has, again, set another heat record, and the regimes somehow haven’t yet agreed it is an issue that needs to be attended to immediately. Perhaps the space geeks are unfolding out of the woodwork with new ways to floor us with space writing devoted to accuracy. Perhaps, the further we squeeze Earth of its sources, the more crucial the information seems to be, or is, or should be considered. Perhaps it’s all at once. Perhaps it’s coincidence.

For many, though, there is still something to enjoy about the absurdities and imaginative approach of works such as Italo Calvino’s Cosmicomics–we’re talking galactic marbles, universes racing like they’re bumper cars, transportation to the moon via a pretty long ladder, all of the universe’s atoms condensed into a single point, etc. etc. Calvino took scientific facts of the day and based the stories on them, plenty of which are now known as falsehoods, though the stories remain delightful all the same.

Will we uphold the same standards for works such as The Martian, which delve further into the facts, but also come at a more controversial and unassuming time in space exploration, fictive and not? Does that depend on what we find next? The lens with which we take in these works is focusing, but the more we learn, the broader our knowledge becomes and the more possibilities our minds can conceive. Is it too early to draw that line in the stardust?

These questions comes in the wake of a really, really, really cool discovery that seven Earth-sized exoplanets are floating around a “nearby” (so far as light-years go) system, three of which are sitting in the system’s habitable zone (the area most likely to provide the planets with liquid water and potentially some other similarities to Earth). Neil deGrasse Tyson explains to Stephen Colbert (starting around 3:55) how, just like with Titan, Mars, and the moon, there are difficulties:

These planets are already very close to their host star. It’s not a very hot star. So you can get really close. These stars are so close that they’re very likely tidally locked. We have tidally locked our moon, so our moon only ever shows the same face to us. They are tidally locked by their host star, so they only show one face to the host star, which means that that side will be too hot to live in and the other side will be too cold. So if you’re gonna look for life there, life as we know it, it would have to be along the edge . . . and then you need rotisserie homes just so that you can average out the cold and the hot to be the temperature you need. . . . So it’d be [an] interesting science fiction novel to explore that frontier.

The confidence from one of the world’s leading (and admittedly most popular) astrophysicists that science fiction can strive alongside these potentially impactful discoveries is flattering, but like many scientific discoveries, it brings along new questions: Will space fiction thrive in an era of space revelations on its own or as a result of, and therefore bound to, what those revelations are? Does it have to do with the fact that, this time around, it’s not mere discovery we’re pursuing, but that our pursuits are the result of a growing fear that life elsewhere is not only seemingly more possible, but potentially necessary to avoid extinction?

Will we only allow space fiction to influence us solely under the premise that it provide us with the hope that we will avoid our self-inflicted extinction, whether or not we know we will, or can, or should?

You’re queued to board the spacecraft, and it’s not how the books and movies panned things out. You haven’t returned to Earth in decades, and you were hoping you wouldn’t have to, but malfunctions and unpredicted circumstances depleted sources on Titan quicker than expected, and your mission is on a tight budget and a tighter deadline. This time, luck brought you here–the rendezvous to Mars set a record, and its alignment with Earth puts the pair the closest they’ll be in foreseeable lifetimes. No one could have predicted the timing, nor how many humans were saved to tell the tale (considering they named a base on the moon after you, the subject is one you take to heart). Despite how well the colonies are doing overall, however, the situation consistently orients your eyes towards that blue dot. Your mind stings at the thought that perhaps this solar system never wanted us in the first place. Nevertheless, you confront the fact that humans brought themselves to this, and the dots keep connecting. Much of Earth is no longer habitable; still, the child reaches for the milk, the branch drinks from the root, and time goes on. You don’t remember when or where you heard it, but every so often you yearn for the reminder that the stars look very different today. And time goes on.