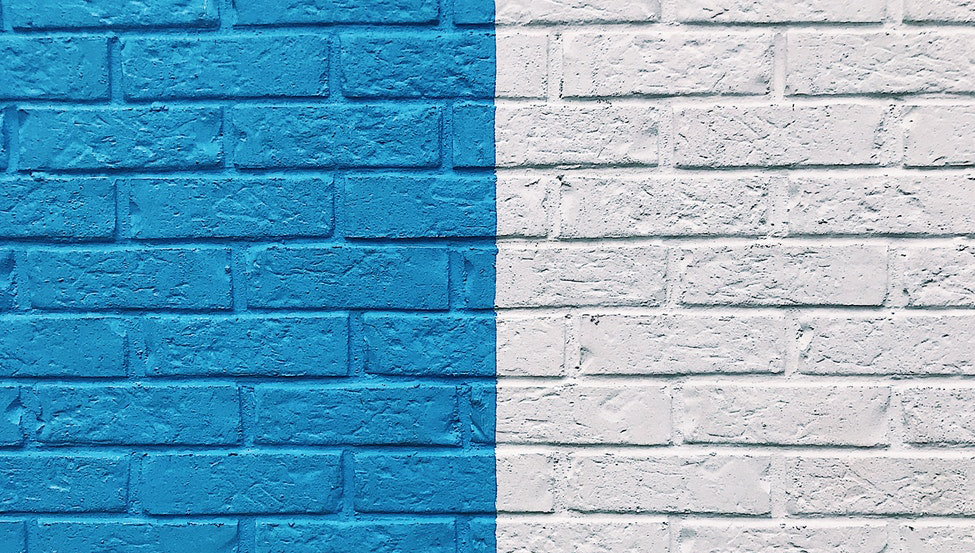 Elections—particularly presidential elections—are events fueled by language, by rhetoric: slogans, debates, emails, Tweets. In the aftermath of this election, it’s undeniable this country is a contested space, and that its citizens are hungry for new language to describe its landscape and reshape its boundaries.

Within contemporary poetry, many writers of color are responding to this desire by renegotiating the rhetoric of the page. In two recent poems by women of color, narrative space and formal space complicate the position of a passive/objective reader.

In J. Mae Barizo’s “Diorama,” the poem takes as its landscape the halls of posed taxidermy in New York’s Museum of Natural History. Its form, mostly neat, centered couplets, nods to and reinforces this catalogued order. These scenes work as a frame to illuminate a moment of injury and witness: “the hawks // glow their side / of the enclosure”; observing, the speaker and her companion are also enclosed. Even outside in the museum park, when the speaker’s friend burns herself with a cigarette, the poem remains initially focused on looking, not acting: “she was blind / to me sometimes // you can look and look.”

Suddenly, the poem breaks form and bursts to life, disrupting its lyric, meditative mode. Inside and outside are compressed. A different, unrestrained beauty is evoked in the museum’s world, disordered, re-catalogued:

This stanza creates its own chaotic logic as a block of text, a space for both the mastodon and “the marginalized birds of New York City.” And while the form returns to ordered couplets after this (“not lifting / a hand to stop her”), the poem both enacts and documents an attempt to break through the sometimes-stifling dichotomy of poem and reader, actor and observer.

In francine j. harris’s poem “This is a Test,” the speaker, dancing in her kitchen, also wrestles with this division. harris, like Barizo, begins with one form (in this case, a visual staccato of words and phrases punctuating the page):

All alone, you use kitchen

But as the rhythm of the poem picks up, she compresses her language into a block stanza, almost overloading the syntax with onomatopoeia, internal rhyme, and the continuous interruption of the speaker’s italicized inner monologue. The poem oscillates between “(shakeshakeshake)” and “(check the blinds)”; the speaker navigates her anxiety through her dance, until she “[pops] the blinds,” rejecting at least for this moment concerns about if others are watching and how she might be seen.

…there is nothing left (left to
front : front to back : left to left : back to front:
in our humanity (shakeshakeshake) : /hard til
it pops/ : that doesn’t live (warm water soak)
in how we move (shakeshakeshake)

Unlike Barizo’s poem, the form continues as a block until the poem ends, building to a celebratory declaration, “our bodies for our / adoring gazes (shakeshakeshake)      on our own.” On her own, the speaker acknowledges, through this complex layering, her desire to see herself on her own terms, challenging the reader to do the same.

In both of these poems, readers are invited to refuse traditional categorizations and enter into a charged space in which acting and observing are always simultaneous. We’re invited to look at the world looking back and push against its gaze, to remember that none of us operate outside of its influence.