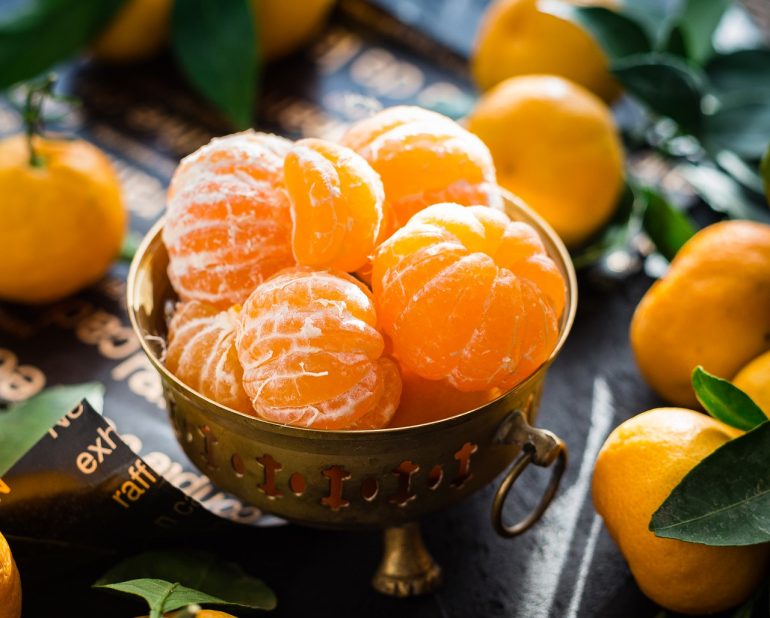 2018 was a good year for feminist anthems. Ariana Grande gave us “God Is a Woman” and “Thank U, Next.” Dua Lipa didn’t GAF, and warned women not to answer the phone if their ex drunk-dials them. King Princess gave us “1950.” Janelle Monae gave us, well, everything. If there was one thing women in music could agree on, it was that they were done taking shit from men.

For those of us who like our feminist anthems in poetry form, we have a long lineage to choose from—Audre Lorde and June Jordan and Rachel McKibbens, to name a few—but the poem most reminiscent of the spirit of 2018 is Louise Glück’s “Mock Orange,” from her collection Triumph of Achilles (1985). The speaker of this clenched-teeth poem makes an analogy between the scent of the mock orange flowers and the “false union” of sexual intercourse in order to suggest that her true sexual experiences reflect objectification and domination rather than genuine pleasure.

The first line introduces us to the speaker and the person being spoken to. The speaker is insisting to her companion that it is not the moon that is filling the yard with light, but the white mock orange blossoms. Then there is a gap that comes between the first and the second stanza—the poem’s most remarkably charged space. The speaker goes from an insistent assertion in the first stanza to an utterly shocking declaration: “I hate them.”

What is Glück’s speaker imagining/repressing/desiring/fearing in that space before she blurts out “I hate them”? What is left unsaid that could allow her to shift so wildly from a statement about the flower’s powerful brightness to her immense hatred for them? We soon learn that the flowers are a psychological projection; the speaker continues: “I hate them as I hate sex/ the man’s mouth/ sealing my mouth the man’s/ paralyzing body—”. The power of the mock orange blossom is inauthentic: it mimics orange blossoms without genuinely belonging to the same species. Despite that, the flowers have more power than the moon to create the light that floods the yard. Thus, the gap between those first and second stanzas is charged with associations of power and inauthenticity; combined with the presence of the “you,” everything explodes into a diatribe against the domination inherent in the act of sex. The “cry” here, “humiliating” to the speaker, is simultaneously the involuntary noise of the sexual act, as well as the speaker’s own utterance: the poem. The mouth of the man that has “sealed” the mouth of the speaker, then, has forced upon the speaker an unwanted silence that the speaker desires to shatter through her own outburst.

But if the feminist anthems teach us anything, it’s that the less-powerful can build a language out of silence, if need be. In “Mock Orange,” the speaker that’s been stifled by the always-dominant man now wants to reclaim a language outside of a gender binary. This language will be entirely different from the masculine rhetoric of oppositionals, which the speaker characterizes as sexualized:

In my mind tonight

I hear the question and pursuing answer

fused in one sound

is split into the old selves.

Clearly, here the question is “pursued” by the answer, as if predator and prey, and the two binaries are “fused into one sound/ that mounts and mounts and then/ is split.” This language is clearly enacting the speaker’s experience of sexual intercourse: the pursuit, the fusion, the breathlessly paced repetition and climactic enjambment after “and then” followed by the relief of the final decoupling, back into the “old selves.” The “cry,” then, that the speaker refers to is a way of creating a language that will be different from the masculinized language that she enacts in the third stanza. The speaker’s refusal to enter into the “tired antagonisms” of the man/woman binary slides into the tonally resigned lines: “Do you see?/ We are made fools of.” The poem is a way to resist domination and objectification, to resist participating in a masculinized system of sexuality and language.

By the end of the poem, the speaker has shaken off the resignation and returned to her anger, although this time it is an anger that seems fruitful: “How can I rest? How can I be content/ when there is still that odor/ in the world?” It is ultimately appropriate for Glück to end with a question; the poem hangs in the air, suspended infinitely in silence awaiting its answer. But the poem does not trail off; instead it ends with a challenge, in defiance against closure.

Cynics might say that if we’re hearing feminist anthems on the radio, the movement has been subsumed into capitalism. But if Top 40 radio stations feature songs about women reclaiming their voices, it may mean the artists have internalized some of the lessons their artistic foremothers handed down to them. A teenage girl hearing “thank u, next” might experience the same jolt of recognition and anger that I felt as a teenager reading “Mock Orange” for the first time. There was silence, and a woman filled it with the sound of her voice. As Ari would say, “I’m so good with that.”

This piece was originally published on January 15, 2019.