Look, I’m not trying to be Internetty. But at the end of a year I’ve spent thinking a lot about friendship, I don’t want my last post to be another family tree. Instead, I want to write about books that are my friends. I want to write about the books that I’ve made into parts of me, the ones that showed me something new about myself and the ones that helped me understand, or at least be kind to, a part of myself that I already knew.

I suspect that most of us have bits of culture that we think of as armor. Not all of mine are coherent. A major non-literary one is what a former friend of mine used to call thunderous rap. The spectrum is pretty much DMX to Meek Mill, though these days my preference is either Nicki Minaj or just about any rapper who recorded club hits in the early 2000s. If I need to be brave—for a party, a meeting, a date, a walk home—then chances are I’m listening to Chingy. 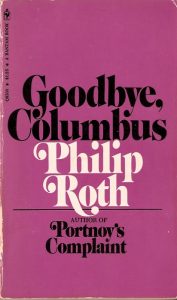 Everyone’s got a problem with Philip Roth, and I’m not here to disagree. He’s sexist, he’s ranty, and he’s inconsistent. He’s also a genius. And before he was so sexist and ranty, before some of those books that just aren’t good, he wrote a collection of short stories that, half a century later, perfectly illustrate how confusing it is for me to be an American Jew. There’s no image that resonates more with me than Eli, the title character in “Eli, The Fanatic,” walking around his suburban town dressed in a Hasidic Holocaust survivor’s cast-off clothes. No matter what I believe or don’t believe, no matter how I behave, there are times when I feel that obligated to my history, and that conspicuous. I hope this isn’t true for most other Jews. But it was true for Philip Roth in 1958, and it’s true for me.

There are many things I love about Ann Patchett’s memoir Truth & Beauty. One is how she treats a friendship like a love story, or rather, makes clear that friendships can be love stories. Another, of course, is her prose; reading Ann Patchett is like looking through a window so clean you almost can’t tell it’s there until you touch it. But it’s here because it showed me how to imagine life as a writer. There’s an Iowa MFA and a major fellowship, yes. There’s a deservedly big-deal career. But there’s also a waitressing job, a lot of distractions, some half-hearted at-home aerobics. There’s a person peeking through the prose, and that has been important to me. 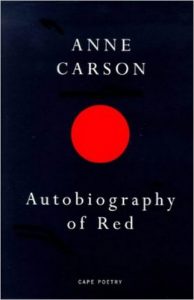 The entire book is brilliant—so good that the first time I read it I only let myself read a few pages in one sitting; so good it’s the only book I won’t loan to friends—but I just want to talk about one line. Geryon is a child, watching his mother head out for the evening, “rhinestoning past on her way to the door. She had all her breasts on this evening.” All her breasts. I wish that I had understood when I was nineteen that this was what I was doing when I got dressed up. I’m wearing all my breasts to this frat party.

One time, at the end of college, I fell in love in a way that I thought was going to destroy my whole life. I was consumed. My line for a long time was that it was the best and worst thing that had ever happened to me. (I am now aware of how melodramatic that was.) I have only ever read one fictional version of that experience that I recognized, and it’s Michelle Huneven’s Off Course. When I finished reading it the first time, I mailed it to my friend Maddie with a note: Could this have been me? Yes, she wrote back. It could. 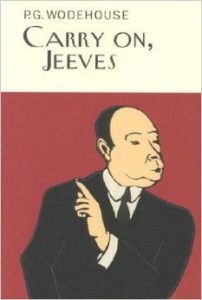 These books are the peak of wordplay and the epitome of human delight. They are the funniest and most comforting novels I have ever read, and I will refer you to Hugh Laurie for backup. In fact, I think I’m done here. I’ll let Laurie tell you why, if you’re looking for new literary friends, you should proceed directly to Wodehouse, specifically to Bertie Wooster and Jeeves: “Jeeves is the jewel [of Wodehouse’s work, but also of British literature], and anyone who tries to tell you different can be shown the door, the mini-cab, the train station, and Terminal 4 at Heathrow with a clear conscience. The world of Jeeves is complete and integral, every bit as structured, layered, ordered, complex and self-contained as King Lear, and considerably funnier.” That’s all.