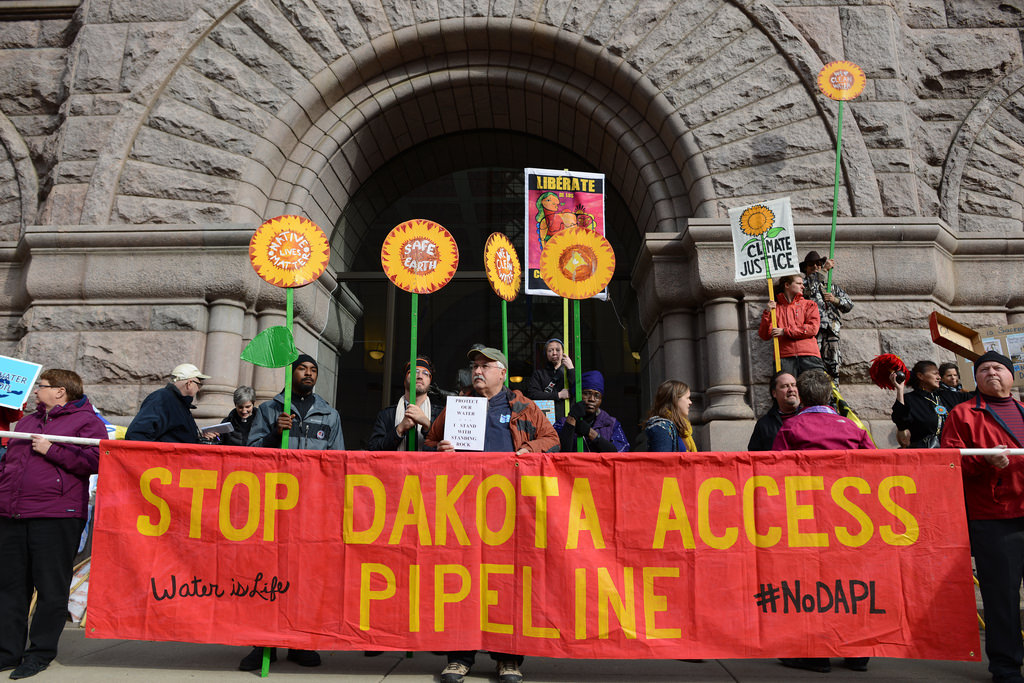 The Standing Rock Sioux Tribe, supported by many other activists across the country, has been protesting the construction of an oil pipeline that would disrupt the reservation’s water source and sacred lands in North Dakota for months. On Sunday, the Obama administration announced that Energy Transfer Partners, the company managing construction on the pipeline, must halt until the Army Corps of Engineers completes an environmental impact study. In the spirit of the Standing Rock Sioux, here are four books that honor activism:

My People the Sioux by Luther Standing Bear

Luther Standing Bear was a prolific writer, educator and activist working during the Progressive Era – a movement of political reform aimed at eliminating corruption in government by encouraging a more direct democracy. His book My People the Sioux was specifically intended to educate the public as part of a national campaign to change government policies regarding Native Americans. At the time, few books by Native American authors had been published – as a result, Standing Bear’s book was considered culturally significant and reviewed by national publications like The New York Times.

Standing Bear’s memoir recounts his youth as a buffalo hunter, his tour of Europe with the Buffalo Bill Cody Show, his fight for American citizenship, and even a stint in Hollywood in 1926 where he encouraged only Native Americans actors to play Native American parts. Most poignant in the memoir is the waste brought on by Europeans – in one instance, government-rationed flour arrived without instructions, leading Sioux women, who had no experience baking bread, to dump the material into a river and use the bag as clothing. Similarly, coffee beans often arrived with no mills for grinding.

The Plague of Doves by Louise Erdrich

Although Erdrich’s novel was published in 2009, its central narrative is fit for contemporary news. The story opens on an act of racism committed during the early 20th century in North Dakota: after a white family is found murdered, a group of men hang three American Indian men and one boy. The actual murderer, however, goes unpunished. The novel, a Pulitzer-Prize finalist, unfolds a century later from the perspective of multiple family members a la The Sound and the Fury. By the close of the novel, it’s clear that swallowing injustice is toxic for a community, even a century after a crime is committed.

The Death of Sybil Bolton: An American History by Dennis McAuliffe Jr.

Washington Post journalist Dennis McAuliffe Jr., grandson of the infamous Sybil Bolton, unearths one of the most horrific stories in the Osage Nation’s history. Part memoir and part ancestral history, McAuliffe tells of the unprecedented wealth that rocked the Osage reservation in the 1920s when oil was found on the land. Seemingly overnight, tribe members were dressed in the decade’s finest fashions, drove the most expensive cars, and married into blue-blood families.

Many of the new brides, including Sybil, mysteriously died from supposed suicides or in explosions shortly after their weddings, leading the Osage tribe to name the period the “Reign of Terror.” The Federal Bureau of Investigation later called the homicide case one of its most complicated of all time.

The Grass Dancer by Susan Power

A member herself, Power honors the tradition and lore of the Dakota Sioux in this novel of magic, dreams and spirit ancestors. The narrative flows back and forth between 1864 and 1986, confronting the injustices of four generations including protagonist Harley Wind Soldier. Each story is often haunted by the dead, primarily Solider’s ancestor Ghost Horse and the ghost’s lover Red Dress.

Power is an enrolled member of the Standing Rock Tribe and a descendant of Sioux Chief Two Bears. A highly regarded writer, Power also has a background in law, which she used to found the American Indian Center in Chicago,which offers relief services and education programs to the third largest urban Native American population in the country.