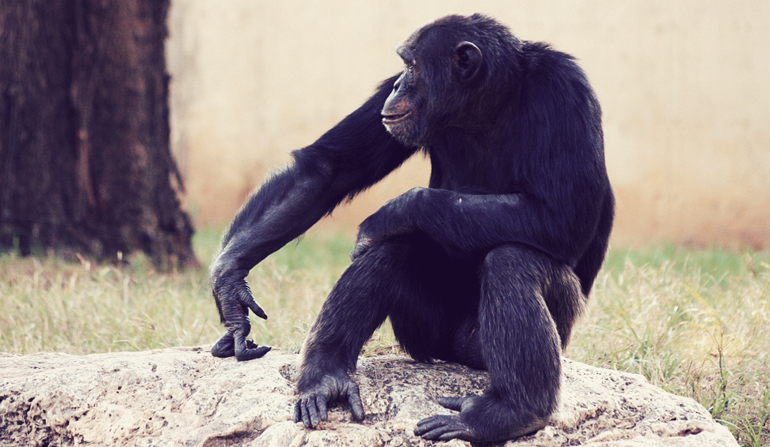 Literary fiction is excellent at generating sympathy for others, human and non-human alike. As A.A. Milne wrote in Winnie-the-Pooh, “Some people talk to animals. Not many listen though. That’s the problem.” The simple act of reading about animals—listening to them, as whimsical as their situations might be—challenges the conventional way that humans impose orders on other creatures, without wondering about their lives.

Apart from making for good reads, books like Watership Down have a demonstrable impact on perceptions of animals. This was established, for instance, in a study published in December 2016 in the well-regarded scientific journal PLOS ONE. This paper, titled “Literary Fiction Influences Attitudes Toward Animal Welfare,” reported on an experiment in which participants read an excerpt from a new Polish novel, about the exploitation of a monkey at the hands of humans. The researchers then assessed changes in attitudes after being exposed to this text. They found that, even among participants who weren’t animal lovers, the novel fragment led readers to express more concern for animals in general, not just monkeys.

The study’s authors write of the benefits of fiction when it comes to increasing compassion for animals:

Fiction is . . . well-suited to providing vivid, emotionally-charged accounts of individual suffering. As argued by psychologists, such accounts are highly effective in raising public attention to large-scale misery, particularly in comparison to statistical or numerical data, on which animal welfare campaigns often rely. In fact, when the public is exposed to such data, this usually results in so-called psychophysical numbing, i.e. a collapse of compassion.

There are many ways for fiction to stir up sensitivity. The books below do it by stealth. These novels take their time presenting characters and situations that exercise the empathy muscles, only to swerve in an animal rights direction. Subverting readers’ expectations in this way is a jolt to empathy, forcing readers to confront preconceptions about divisions within the animal kingdom.

This happens for instance in Michael Faber’s Under the Skin, an unsettling sci-fi chiller that unspools the tension. The victims have names and personalities, and while they’re frequently repellent, they’re also fully formed humans. Even though it’s hard to always identify with the young, lecherous men being seduced to their deaths, we feel a creeping horror at their entrapment. The book’s slow-burn reveal—that the humans being hunted by aliens are being tortured and used for meat—is a shocking and subtle indictment of the cruelty of certain consumption practices. Under the Skin blindsides readers with this outcome.

Another well-plotted surprise comes in Karen Joy Fowler’s We Are All Completely Beside Ourselves, about a mysterious family rupture following the disappearance of the narrator’s sister, Fern. Rosemary has clearly never quite recovered from the loss of Fern, and the quality of the writing makes readers feel this loss keenly as well. It’s only after spending some time getting to know the rhythms and bonds of the family that Rosemary specifies that Fern is a chimp, brought home by her psychologist father as part of an experiment in primate socialization. It’s amazing that this actually took place in the ’70s. It’s also amazing that readers, like Rosemary’s family, are led to see Fern as almost entirely human—making it ethically challenging to support the research-lab fate of primates like Fern.

And another moving novel based on real events is Russell Bank’s The Darling, set amidst Liberia’s civil war in the late twentieth century. The protagonist, a naïve white American, finds chimpanzees under her protection more comprehensible than her own family members or the Liberians and Americans caught up in political violence. Among other things, The Darling is about misguided ideals and loyalties. While the main character’s attachment to chimps—seemingly over fellow humans—is hard to justify, it’s easy to become swept up in her devotion.

Works like The Darling, We Are All Completely Beside Ourselves, and Under the Skin are effective at promoting animal welfare, even if that’s not their intention, because they’re more likely to avoid the preaching-to-the-choir effect. That is, a book that pictures cute rodents escaping from a science lab (looking at you, Mrs. Frisby and the Rats of NIMH) may not appeal to a casual reader who doesn’t care about, or is neutral towards, animals. But a novel presented as a mysterious sci-fi alien story, or as an intricate family drama, can hook readers of different stripes.

And there’s none of the distance that readers might feel when starting a story that’s clearly about animals. The surprises in these novels subtly inculcate a belief in humane treatment, whether by showing how inhumane humans can be or demonstrating how sympathetic non-humans can be. Rather than knocking you on the head, these messages sneak up on you.

Tags:Karen Joy Fowler, Michael Faber, Russell Banks, The Darling, Under the Skin, We Are All Completely Beside Ourselves