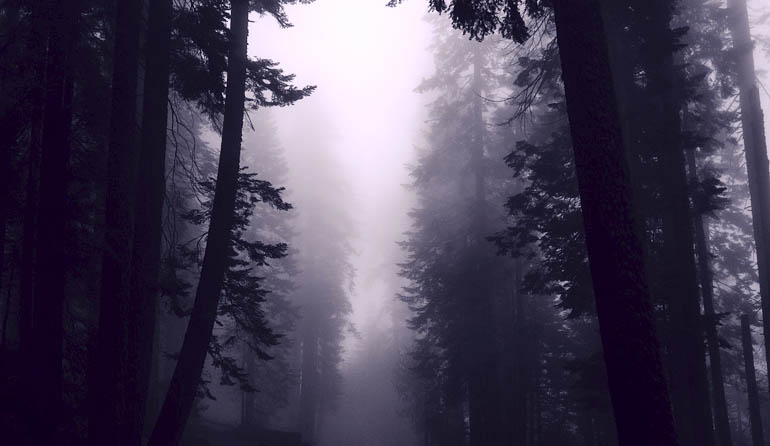 Every Sunday or so, friends of mine host a Dungeons & Dragons afternoon at their place. When I’m around, I enjoy attending the session as a spectator—taking in the complexity of interactions that unfold over the tabletop. C.’s the Dungeon Master—the storyteller. He’s the one who weaves everything together, from designing the entirety of the world the characters will be exploring, to remembering all the rules needed to arbitrate and maintaining coherence throughout.

It’s always fascinated me, this seemingly inescapable impulse we have to turn events into stories, even when we don’t necessarily think we have storytelling abilities. Storytelling has always been crucial to human nature, or so we’re told. Narrative brings patterns up to the surface, gives direction, makes us intelligible to ourselves. Whether we’re applying stories to our situation, or weaving our own life into a narrative, consciously or not, we’re always confronting the tension between oriented order and happenstance.

The whole idea has its detractors, who argue that life is fundamentally and decidedly not narrative, that we’re far from being naturally narrative creatures, and that considering storytelling as foundational to human nature is an overreach, a generalization that disregards the multiplicity of ways in which we function, and the fact that most things come to us in fragments that can’t be puzzled together into a coherent narrative. Thoughts, they claim, most often just happen to them—they’re not constantly trying to piece everything into one long stream of consciousness. Not to mention that there’s a constant risk in thinking life can fit neatly into a story, because this may imply teleology, a direction that may not exist at all. Imposing order where there is none is dangerous because it’s so restrictive.

Yet, is it that contentious to say that we always circle back to storytelling in order to create meaning? We might not do it consciously, or all the time, but overlaying stories onto our own lives is a recurring gesture. Even scientific discourse eventually resorts to it: when talking about evolution, for example, and trying to understand the chain of events and reactions that can link species together and bring to light a history of our world. How many times have we heard that fossils tell us stories, based on where they’re found?

A few months ago, I finally found the time to watch Stranger Things, and of course, besides the infinitely queer facets of the show, it was the nested storytelling that immediately grabbed my attention. We are introduced to the core of the team—the four boys—by way of a D&D game, and the first words are uttered by Mike, the DM: “Something is coming. Something hungry for your blood.” Will, Lucas, and Dustin must make decisions for their D&D team that aren’t neatly contained within the game and end up finding echoes in the “real world” of Hawkins. Will’s early decision to cast the spell that could defeat the Demogorgon reflects on his character. And in order to understand what has happened to Will, the boys and Eleven use D&D, with El introducing the alternate dimension where Will is trapped by flipping over the board. They can imagine the Upside Down by finding its D&D equivalent, the Vale of Shadows; similarly, the monster in D&D is magnified into the monster from the Upside Down.

All of a sudden, D&D isn’t just a game: it’s a way of understanding what doesn’t make sense in the “real” world and thus of regaining control when the IRL threat of chaos overwhelms everything. Though Lucas, Mike, and Dustin do quarrel and fight, they come back together as a unit once they grasp the ways in which they are threatened—not just by the monster. One of the closing scenes shows the four boys, back together, playing a new campaign, and facing similar challenges as in the very first one. The arc from defeat to victory would seem a little too on the nose if it weren’t for the way it exposes how “game life” and “real life” inevitably intermingle.

It also points to the messiness of these narratives: there are equivalents between D&D and the town of Hawkins, but these aren’t perfect, they’re just means to generate action. By wondering what they would do faced with a similar situation in the game, the boys can start thinking about what they can effectively do in Hawkins to protect themselves. More broadly, the very composition of Stranger Things gestures at how no single narrative is enough to reflect the natural chaos and chance happenings of life: we get nested narratives, multiple points of view, and the general sense that while we, as viewers, may know more than any single character, we are still kept largely in the dark, because we can only get fragments and not the whole.

And fragments do not make a whole, obviously. But pieced together in a way that makes sense to us, they can generate meaning and help us reframe our perception of the world. We may not all be, deep down, narrative creatures, but we are creatures who are drawn to narrative, because it’s the one tool we have to understand the world around us and who we are.