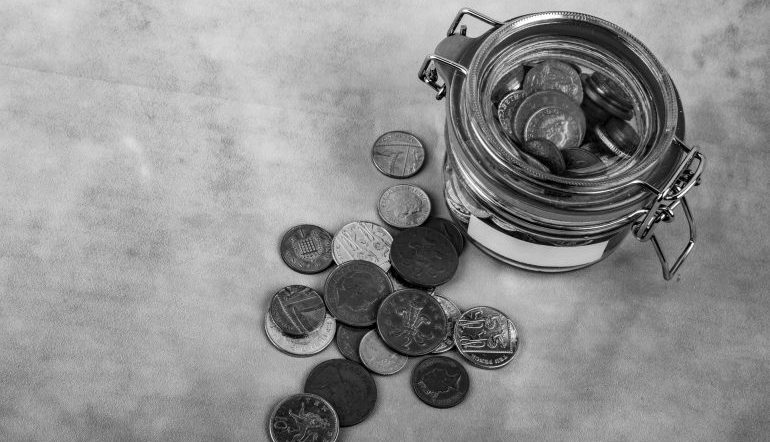 The summer after my senior year of high school, I’d been accepted into seven colleges, but I didn’t know if I could go to any of them. My financial aid wasn’t settled, and I was poor. I couldn’t go if I didn’t get some grants or loans (this was in the 1990s, when school lending was more conservative), so while I waited, I got a job as a waitress, working the graveyard shift at the local diner.

It was a discouraging time. I desperately wanted to leave the rural town I grew up in, and college seemed the way out. So, A Tree Grows in Brooklyn was on my mind as I memorized the restaurant menu and counted my tips. I kept thinking about the tin can Francie’s mother “nailed to the floor in the darkest corner of the closet,” where they put “half of any money they got from anywhere.” One crisis after another forces them to empty the can. I knew a similar frustration.

Of course, my childhood was nothing like Francie’s childhood—or that of its author, Betty Smith. Like Francie, Smith’s Brooklyn upbringing was marred by hunger and instability. At fourteen, she left school to support her family with a series of jobs, from factory work making artificial flowers to the clipping agency where she read two hundred newspapers a day. Like Francie, Smith’s father died at forty and was buried on Christmas Eve. In the book, the cause of death is pneumonia exacerbated by alcoholism. Smith’s father likely died the same way. I never knew that level of hardship.

I liked A Tree Grows in Brooklyn because, like Francie, I enjoyed reading and had many jobs. I started working for my mom’s craft business when I was eleven. Throughout high school, I worked a slew of minimum-wage jobs, mostly in fast food. In my spare time, I hocked jewelry at craft fairs and embroidered dollhouse rugs that I sold to a miniature shop. I walked from store to store in the depressed town I lived in, filling out applications, hoping to make something above minimum wage. It was hard to find a job there. Once, when I was working at McDonald’s, the manager put out a fresh stack of job applications at the beginning of my shift. By the end, they were gone.

I was doing all this for college. Kids who go to good schools usually have had help—SAT prep, tutoring, sophisticated parents to guide them through the process. I had none of that. Despite my good grades, my family wanted me to go to community college. To them, school was for getting a job, so it made sense to take the cheapest route. They suggested I get a business degree and “be a CEO like Bill Gates.” Bible college also came up. If I insisted on a four-year college, why not Oral Roberts University? I didn’t have the language to explain that education meant more to me than getting a job. It was a means of opening up the world.

The only solution, I decided, was to figure out college myself. Going would take money, so I saved everything I made. I rolled pennies in paper tubes that I took to the bank. I agonized over every purchase, never buying the books or It’s-It Ice Cream bars I coveted. Once, I visited a silver necklace in a shop downtown every day for a week but couldn’t bring myself to spend twenty-five dollars for it. I worked long closing shifts at fast-food restaurants where I scrubbed behind deep fryers, pulling out fossilized french fries and congealed lumps of grease. I came home after midnight stinking of oil and cleaners, the smells of which I’ve never encountered anywhere else. It was demoralizing to realize that, after seven years, I’d only saved five thousand dollars—not even enough for one semester of college.

When Smith was writing A Tree Grows in Brooklyn, she was a single mom and a struggling playwright in North Carolina. Desperately poor, she wrote ten pages every morning in the kitchen while sitting by the chimney. This was a frugal act: the people below lit a fire, which gave her free heat. Her daughter remembers: “She’d have a cigarette in her mouth with an ash about an inch long … and she’d be typing away with four fingers.”

This self-discipline also allowed Smith to go back to school long after dropping out. As a married woman in her twenties, she attended high school in Ann Arbor alongside teenagers. She then went on to University of Michigan, where, despite two young children, she won the Avery Hopwood Award for playwriting. Later, she went to Yale Drama School, but had to leave after her divorce. She never earned her degree.

By the time she wrote A Tree Grows in Brooklyn, she could barely afford food. The success of that novel—after many rejections—shocked her. It made her a celebrity at forty-seven years old.

Smith’s life demonstrates that it’s possible to achieve success through hard work, but I suspect it came at great personal cost. In photographs, Smith looks haunted. It’s the face of someone whose barrier of entry was too high. She might never have been a writer if it weren’t for certain encouragements: awards and fellowships in playwriting and her work in the Federal Theatre Project, a government-funded program that launched the careers of Arthur Miller, Elia Kazan, and Orson Welles.

For myself, financial aid came through, and I entered college that fall. I graduated with twenty-four thousand dollars in debt. This trend has only gotten worse. Today, the average student borrower graduates with thirty-seven thousand dollars in debt. The barrier to entry is still there, if delayed. Instead of worrying about money before college, people have to pay back a large loan after college, often before they get a decently paying job.

Maybe that’s why Smith’s story feels familiar to me. When I started out as a writer, I may not have huddled by a chimney for warmth, but I worked at a card table in an empty apartment where maggots hatched in the hallway and the pipes groaned so often that I joked that the walls were possessed. I respect determination. Smith’s difficult childhood could have easily stopped her from writing, but it didn’t. She used her experiences, writing one of the best depictions of New York working-class women in the early twentieth century, and she did it at a time when women writers weren’t taken seriously. She was tough, and she knew it. As the mother in A Tree Grows in Brooklyn says: “Everything struggles to live. Look at that tree growing up there out of that grating. It gets no sun, and water only when it rains. It’s growing out of sour earth. And it’s strong because its hard struggle to live is making it strong.”