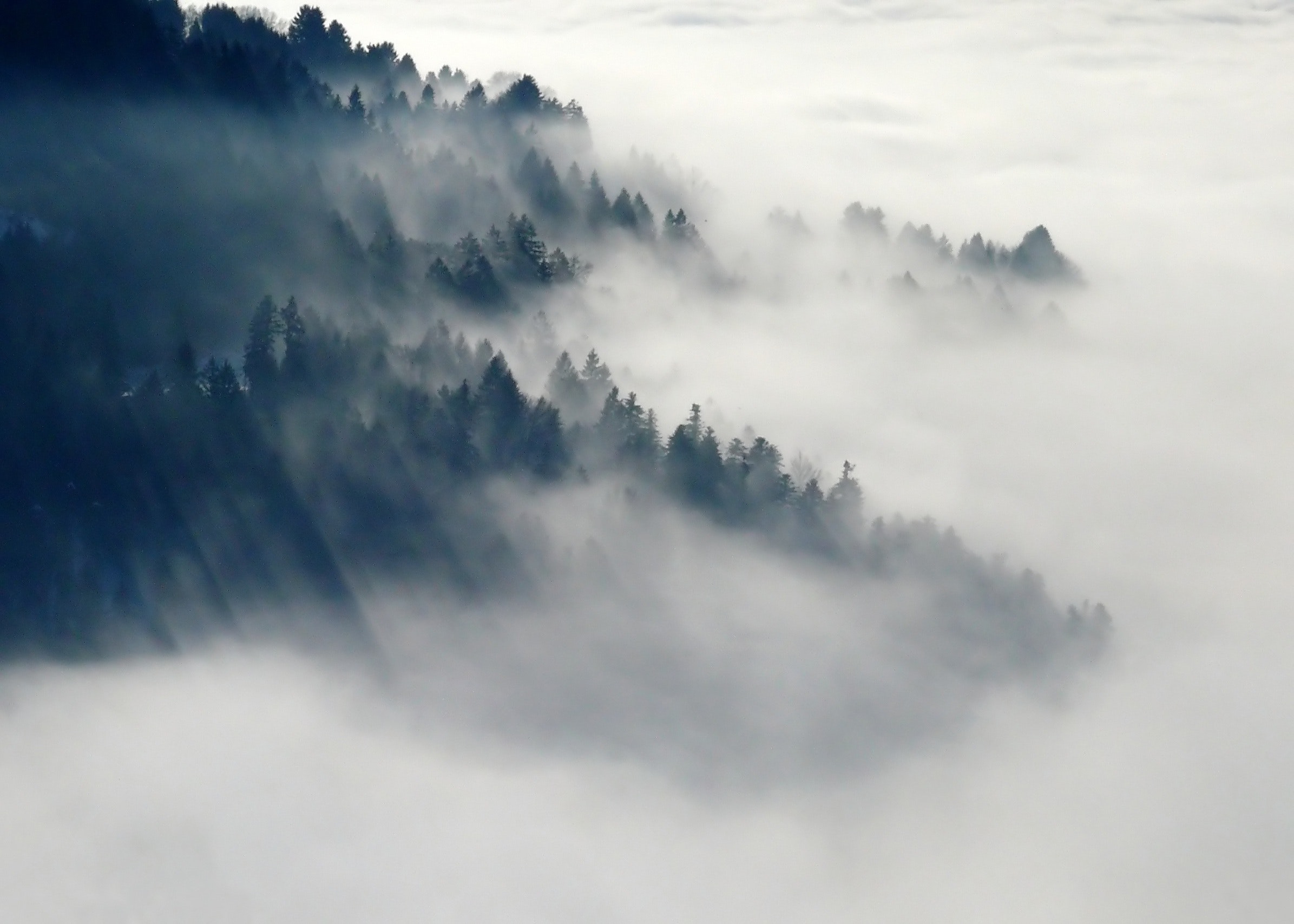 On a January evening in Boston, Trident Booksellers & Cafe is packed for Min Jin Lee’s reading of her best-selling novel Pachinko. Lee begins by narrating a scene in which a main character says goodbye to her mother before taking the ferry to Japan from Korea. It is unclear at this point if this character will ever see her mother again, and Lee’s voice, though quiet and steady, is thick with emotion. The audience seems to be witnessing something jarring and rare, a private moment of unabashed empathy between writer and subject.

In the following Q&A, Lee’s voice changes. She is louder, more confident. She sits tall in her seat, wry and self-possessed. She discusses the resilience of the Korean Japanese she interviewed for her novel, expounding on the strength of the men and women she interviewed. “They’re not victims,” Lee emphasizes. “The women are such badasses and the guys are so tough and interesting and—”

“Well, one guy commits suicide, though, so I’m surprised you’d say that.”

The interruption comes from a white woman seated in the front of the crowd. She has not raised her hand or indicated in any way that she has something to say, but has instead spoken over Lee. A stunned silence follows. The woman, louder now, presses on:

“You can’t say they’re tough and also have a character do that.”

The room erupts into sound: nervous laughter, outraged gasping, furious whispers. Above the din, an event host shouts, “Literary brawl! All right!” After a while, order is restored and Lee graciously accommodates the woman’s dissent in her answer, talking about her own research on the subject of suicide. In the recording of the talk, which you can listen to here (the tussle starts around 58:00), the initial interrupter can be heard responding over the others, “Yeah, yeah, I get it.”

But does she? In Pachinko, death by suicide occurs after a character is told repeatedly there is no place for him in Japanese society, thus complicating the impetus of his death. In this way, Pachinko asks us: how does one stay alive when society seems to want one to die?

In her acknowledgements, Min Jin Lee writes that the seeds for what would later become Pachinko were first planted in college, when she heard an American missionary give a talk about the oppression of Koreans in Japan. There, the missionary told a story about a middle school boy who died by suicide. When his bewildered parents went through his school things to understand what could drive their child to jump to his death, they found the handwriting of their son’s Japanese schoolmates scrawled across his notebooks, reading Go back to your country and Die, die, die, die.

Twenty-eight years after this story was initially relayed, it is retold in Pachinko as an aside (it is not even what might be considered the “main suicide” of the novel). In the novel, the story is told from the perspective of a Japanese policeman faced with the inconsolable parents of the dead Korean child. The Korean parents bring the policeman the child’s defaced notebook. The policeman says there is nothing he can do. “There were several people who witnessed him jump with no one else on the roof,” he says. “Your son was not pushed. We cannot arrest everyone who says or writes something mean-spirited.” The Korean father responds, “You people work together to make sure nothing ever changes. Shoganai. Shoganai. That’s all I ever hear.”

The policeman’s response is one that cements racism as a social norm. His reluctance to do anything (and inability to do so) is evidence of the systematized and accepted nature of such behavior. In this way, Lee shifts the onus of responsibility of suicide from the individual to a complex societal structure. She implies that it is not that the person who dies by suicide is weak or selfish, but rather that the surrounding society is broken.

That this anecdote is the origin of Pachinko further emphasizes the discussion of an individual’s survival under a system designed for death.

Pachinko is a sprawling multi-generational epic with compelling characters and intriguing plotlines. It is also a carefully researched investigation into how racism calcifies in institutions. When Lee begins her story, she hooks readers with the plight of Sunja, a peasant girl who finds herself pregnant by an already married man. Enter Isak, a sickly missionary staying at Sunja’s mother’s inn on his way to Japan, who, out of a sense of Christian grace, offers to marry Sunja, effectively solving her dilemma; the trade-off is a relocation to Osaka. Sunja accepts.

Behind the interpersonal drama, markers of Japanese imperialism are inserted, including the appearance of Japanese high school students harassing Sunja, or passages about the profound physical hunger of Korean citizens struggling under Japanese rule. Lee ushers us in at the ground floor, as if to say, Look, here is the foundation of the story I am about to tell you. Here is the colonialism thriving in occupied Korea. Here are the hardships of Koreans living under this regime, losing their language, their livelihoods.

As Sunja and Isak arrive in Japan, we learn that the occupation continues for Koreans beyond the borders of Korea. When touring the Korean ghetto in Osaka, Sunja marvels at the squalor and poverty around her. Lee emphasizes real estate, that most classic marker of structuralized racism, by explaining that even if a Korean-Japanese had the financial resources to buy a home, Japanese landowners would never sell land to them. Food, scarce in Korea, is also scarce in Japan for Koreans, illustrated by the remarks of Sunja and her family surrounding the rarity of white rice. Police brutality is a fact of life, too: Isak is unjustly detained, starved and beaten by Japanese law enforcement. Isak dies upon his return home, becoming the first casualty of structural racism for the Baek family in Pachinko.

The same societally enforced oppression that kills Isak stalks his sons, Noa and Mozasu. They are harassed by their peers at school, barred from citizenship, and effectively made permanent aliens in the country that is their defacto home. Mozasu eschews larger Japanese society and goes into the pachinko business, an industry adjacent to gambling that has long been seen as synonymous with Korean-Japanese culture and is therefore considered to be lower class or criminal. Noa veers in another direction, attempting to assimilate by way of education. He attends the prestigious Waseda University and tries to appear as Japanese as possible. When he is outed as Korean at Waseda, he flees to a remote town, adopting a different name and living under the pretense of being ethnically Japanese. He succeeds for a while, holding a job, marrying a woman, and having children. But eventually his past catches up to him when Sunja, his mother, finds him after years of searching. Confronted by his heritage and its accompanying labyrinthine complications, Noa quietly dies by suicide, and so it is he who becomes the “main suicide” in Pachinko.

Lee disguises the structures of racism in each trial and tribulation of the Baek family, and in doing so effectively maps out everything that catalyzes Noa’s death. She is thorough and meticulous in showing us all the ways in which a man can be brought to suicide, no matter his education, temperament, or station. Noa’s death, then, is not a solitary one. He carried the guilt of an entire nation and its systems on his shoulders; his “toughness” as described by Lee is not negated by his death but is instead attested to by the length of time he withstood every evil the Japanese state had to give. In a way, the entire text of the novel becomes the notebook of the dead Korean child in Pachinko’s origin anecdote, each injustice documented becoming the scrawl of the Japanese schoolmates, the reader assuming the role of the policeman faced with the question of what to do next.

Death by suicide in the face of institutionalized racism is urgently important beyond Pachinko. The novel is fiction but it is fiction based in ethnographic research. Everything that happens in Pachinko could have or has already happened and is continuing today. Japan continues to employ racist policies towards non-ethnically Japanese residents. In October of 2017, a Kurdish man was illegally detained by Japanese immigration officials after he attempted to legally register his new marriage to a Japanese woman. Last month, still in detainment with no answers as to why, he attempted suicide. Instead of receiving help, he was punished with solitary confinement.

Of course, the question of survival in a society that urges death is not just a Japanese one. In the US, a Yemeni American man’s family was denied visas to the United States under Donald Trump’s travel ban. In despair and unable to support and provide for his family, Mahmood Salem shot himself. Kalief Browder, a Black man who spent three years in Rikers Prison for a crime he did not commit and who upon release became an activist figure in the fight for prison reform, died by suicide two years after his release. He had attempted suicide three times before—one time in front of goading prison guards. Today, children are being forcibly removed from their parents, sexually abused, and force-fed psychotropic drugs. If one of these children should die by suicide, can we say in good conscience that no hand existed to push them?

During her January reading, Lee mentioned that each of her books begins with a thesis. For Pachinko it is: “History has failed us, but no matter.” In a book that might have named Japan or larger society as the failure, Lee chooses history. She invites us to consider that while history may have failed the Baek family, we readers must decide if we will fail as well—if the lessons of Koreans in Japan and the deaths of Noa and the nameless Korean child will continue to exist past the page or not. Instead of questioning the toughness of certain individuals, or scrutinizing the solitary action of a person living under the weight of an unjust structure, we are asked to consider resilience, and to think about how we ourselves might unravel the foundations that necessitates such strength.