Home
»
Reading
»
Survival of the Readers 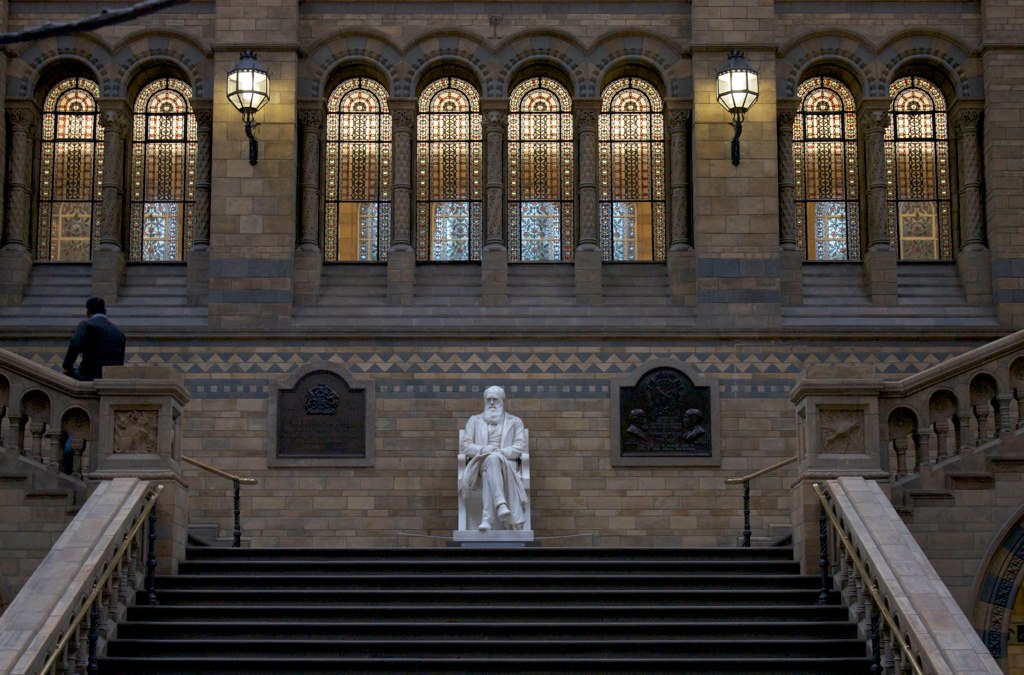 In eighth grade, my science class included a unit about Charles Darwin and his theory of evolution. I built a diorama of clay giraffes meant to represent how offspring with longer necks were more likely to survive and reproduce since they were more capable of eating leaves from tall trees. I’m not sure my science was well-researched, but if anyone could relate to the idea of the survival of the fittest, it was a middle school girl.

However, Darwin wasn’t all about competition and adapting to get more control of natural resources. He also noted the importance of sympathy and cooperation for survival. In his The Descent of Man, and Selection in Relation to Sex, he writes: “In however complex a manner this feeling may have originated, as it is one of high importance to all those animals which aid and defend one another, it will have been increased through natural selection; for those communities, which included the greatest number of the most sympathetic members, would flourish best, and rear the greatest number of offspring.”

It would behoove most people, eighth graders included, to hear that sympathy makes for a stronger community. It isn’t just a warm and squishy philosophical idea; we can scientifically study this theory of sympathy. This video featuring Dacher Keltner, professor of psychology and founding faculty director of the Greater Good Science Center at UC Berkeley, investigates how compassion affects us on a biological level. By protecting each other and understanding each other’s pain and helping each other survive, we are all more likely to survive—and not just as individuals, but from generation to generation. Sympathy makes for long-term survival.

One common act that boosts our ability to sympathize? Reading. Studies have shown that reading fiction increases our capacity for empathy. For readers, this isn’t too surprising. The act of being absorbed in someone else’s story and imagining their world and challenges brings about real emotional responses in the reader.

While I was learning about evolution in eighth grade, I read Steinbeck’s Of Mice and Men and, crying, threw it across the room when I was finished because I was so devastated by the ending. (After few minutes of reflection, I picked the book up again because of course this was the way things had to be for George and Lenny.) More recently, Elizabeth Wein’s Rose Under Fire and its depiction of the strength and courage of the Rabbits, a group of women who were Nazi experimentation victims at Ravensbrück concentration camp, left me shaking every time I finished a chapter. And I still may not be able to talk about the ending of Our Town and its examination of eternity and the painful briefness of life without getting choked up.

I’m emotionally richer because of these books and so many others. Each time I pick up a book, from the post-apocalyptic tragedy of Station Eleven to Wild with its examination of grief and physical exertion to the bittersweet classic The House on Mango Street, I’m broadening my scope of what it means to be human. With each chapter and every word, I’m increasing my capacity for sympathy and survival.

But maybe we’re not limited to mere survival. Maybe, like the Traveling Symphony in Station Eleven, we’ll be sharing art and music and stories long after the Internet or the stock market or electricity are gone.

As always when I think about stories and survival, I’m reminded of William Faulkner’s Nobel Prize acceptance speech and his insistence that writing about the “problems of the human heart” will ultimately lift up humanity. Faulkner says, “It is [the writer’s] privilege to help man endure by lifting his heart, by reminding him of the courage and honor and hope and pride and compassion and pity and sacrifice which have been the glory of his past. The poet’s voice need not merely be the record of man, it can be one of the props, the pillars to help him endure and prevail.”

Faulkner includes compassion for a reason. While humanity will always need courage and hope, compassion is what binds us together. Survival may be of the fittest, but endurance is of the most sympathetic. And for most sympathetic, I’ll be making my eighth-grade dioramas about readers.