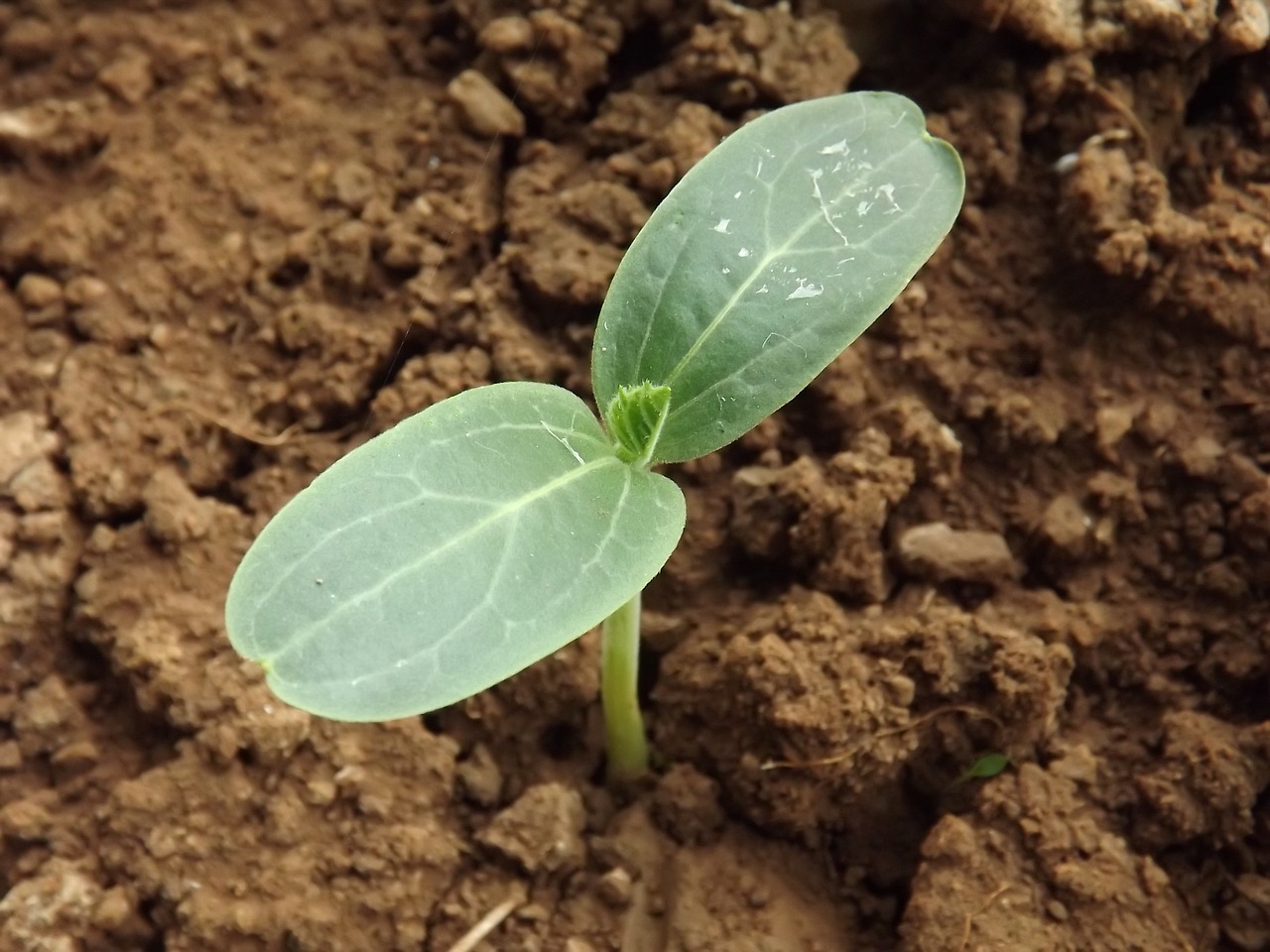 Our third guest blogger, Catherine Carter, is a poet whose poem “Arson in Ladytown” appears in our Spring 2011 edited by Colm Toibin.  Catherine will post on Fridays through August.

Hello, Ploughshares readers—it’s my pleasure and privilege to be blogging here for the first time, and as you might imagine, I was hoping to come up with something really original and striking.  As you might also imagine, that hasn’t happened just yet…so I thought I’d start where I am, which, over the past few weeks, is teaching teachers to teach poetry.  If we love poetry now, very likely we first met it in the public schools, maybe courtesy of a teacher who loved it too.  (Or maybe we were reading Ginsberg under the desk for the dirty bits, while the rest of the class endured Tennyson, but that’s another story.)

My day job is teaching in and directing an English education program, so I see a lot of proto-teachers…but while these are absolutely lovely students, noble idealists who feel privileged to earn poverty wages for seventy-hour work weeks for the pleasure of teaching kids to read literature, that idealism often falters when it comes to poetry.  Here’s some sample dialogue from a purely hypothetical methods class:

Students:  Poetry <doglike long-suffering sigh>
Teacher:  But you’re readers!  You’re geeks!  You’re the best, who are going to be English teachers!  You can do this stuff.  –Indeed, you’ll have to.
Students:  Yeah, but.
Teacher:  But–?
Proto-teacher 1:  My professor told me I was crazy to think there was a dark underbelly to “My Papa’s Waltz.”

<Teacher breathes audibly through nose and does not curse colleague…out loud.>

Proto-teacher 2: That iambic pentameter stuff—the students never get it.
Proto-teacher 3:  When you’re reading poetry, there are so many ways to be…wrong.

This week, too, I’ve had similar discussions with in-service teachers visiting our area for a week-long seminar, and because teachers are by and large very polite, the brave ones will take some while to say what the brutally honest young will tell me right out:  Poetry’s scary.  Poetry’s hard.  Poetry makes me feel always potentially stupid, and slow, and wrong. And these are not students trying to cop out of reading the assignment; these are English teachers, among the most diligent and interested readers most writers will ever have.

This is a good place to quote Billy Collins on torturing a confession out of poems (and it’s never entirely clear who’s the “they” in that poem, either.  Maybe it’s more like a “we.”)  But it’s an even better time to talk about how we do teach poetry, or are taught it, and one of my numerous theories about this is that too many teachers, including myself before I figured this out, start at Q when maybe we should have another look at A or B.

For instance, how many poetry units have begun with Shakespeare’ sonnets?  Not ended…begun.  Not content to start with some of the densest, most layered poetry in the English language, some teachers are apparently prey to the conviction that nothing gets kids fired up about poetry like unfamiliar forms, arcane vocabulary, inverted syntax, Elizabethan diction, centuries-gone political jokes, and, just for good measure, allusions to ideas and things we’ve never heard of.

And how many units then explain iambic pentameter in a matter of a few minutes—“a line of ten syllables with the even ones stressed”—without ever mentioning that accentual-syllabic is not the only kind of meter, that metrical feet are comprised of syllables and often break across words, that syllables do in fact take different stresses, or even that line breaks have purposes beyond the student misery which is clearly their primary concern?  No teacher before grad school ever asked me to consider why those pesky poems were in lines anyway, or why those poets couldn’t just say what they meant. Many a teacher either assumes that the students already know this stuff, or feels they should already know it, or—the most likely scenario—isn’t totally sure about the answers to those questions herself or himself.  Even among English teachers, there aren’t a lot of people who read literary magazines in the bathtub.  Even among English teachers, it’s really good to start with A instead of Q.

This is why, after all that buildup, I’ll finally offer a positive rather than a negative premise:  poetry does not have to be hard to be good.  Say it with me:  difficulty is not an invariable sign of quality.  Sure, difficulty and quality can often be seen hanging out together over a Guinness, both slightly stoned, as they are in Shakespeare…but they are not actually the same thing.   Showing students the densest and most difficult poems we know, Q, is no way to convince them that poetry is anything that they might enjoy on their own.

Instead, I’d suggest some really accessible poems—not simplistic, necessarily, but not hiding too far away, either.  For this, my favorite text is Naomi Shihab Nye’s lovely book (with pictures!), Salting the Ocean:  it’s a hundred poems by young poets, public school students, the kind who on bad days get stuffed into their lockers and sustain near-terminal wedgies.  The kind that students—the same ones rendering the trout look while we wax lyrical about William Cullen Bryant—actually know, maybe the kind they are.

Starting with Shakespeare, we say, by implication, poetry is incredibly dense, layered, formal, convoluted and difficult; its primary purpose is to be analyzed. It is written by people who are mostly white and male, but certainly dead; it has nothing to do with the world you know; and to appreciate it, you’d better pay attention to my expertise for the next three weeks because otherwise there is no way you can ever understand it, you being a Philistine and all.  Implicit or not not, most students are really pretty good at picking up that subtext; it’s a variant on what they’ve heard all their lives, unless their parents value education and validate their every effort.  If we start with poems by students, most of whom are still alive and went to actual high schools, the subtext is more like poetry takes many forms, it doesn’t have to rhyme, poets get to say it any way they want [not strictly true, but that comes later], it is written by people like me, and I am totally capable of understanding and enjoying it without an intermediary. It has many purposes, chief among which are expression and enjoyment.

That’s quite a difference.

So, if we might ever teach poetry, or we’ve ever wondered why some class lacked a certain gleefiul abandon when they see those scary little lines…we might consider beginning with A, or anyway with C.  We might ask students what they think poetry’s for, and tell them some things we think it’s for (and if “for fun” isn’t in there somewhere, maybe we should revisit our career choices.)  We can talk about why poets use lines, and consider breaking heavily lineated poems out of those lines, into prose, to help students understand the literal level first; the line breaks can always come back later.  (Show of hands:  who here has ever had been told to analyze a symbol or find a Christ figure before the class knew what was literally happening in the poem?)  And we might make a point of presenting students with especially accessible works—those that might be classed as “deceptively simple”—if we can get over the widespread suspicion that the fewer people who understand a poem, the better that poem must be.

Proof that this approach can work?  Like most teachers who haven’t conducted rigorous studies of their own results, I have only anecdata…but it’s not bad as the last word goes.  It’s courtesy of an in-service teacher who survived my start-from-A explanation about meter and line breaks:  Really?  That’s what it means?  Why didn’t anybody ever just tell us that?

This is Catherine’s first post for Get Behind the Plough.