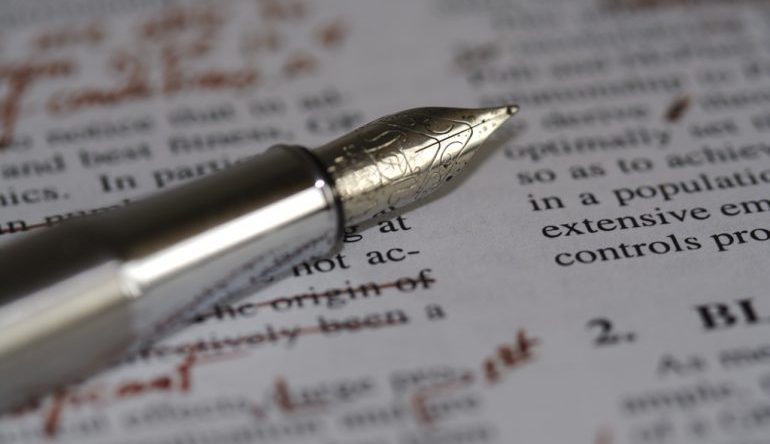 In his writings on the experience of cultural otherness, Georges Bataille once observed that the marginalized body exists at the periphery of a community, as it cannot be safely contained within or held outside it. Within the context of Bataille’s work, otherness is defined as a “separation,” a visible rupture between the subject and the society that he or she inhabits. In such a way, marginalized groups function as a veiled threat to the establishment, a population that cannot be housed within it discourse, and thus kept and controlled. More frequently, though, difference is invoked by those in power as a justification for oppression, a reason for exclusion and the ongoing marginalization of voices and perspectives.

For many feminist practitioners, the experience of otherness is an inexorable condition of inhabiting language. Each sentence, its clean subject-verb-object constructions, enact a particular kind of logic, a causation rooted firmly in a predominantly male, and predominantly Western, philosophical tradition. In her landmark essay, “The Laugh of the Medusa,” Hélène Cixous describes this type of syntax as “marked writing,” a toxic masculinity that is exorcised onto language, and borne into the realms of art, of fiction, and the imagination. Perhaps for this reason, found forms, invented forms, hybrid texts and unclassifiable works are seeing a renaissance in the hands of women and non-binary writers. More than ever, feminist practitioners are attempting to write outside of, beyond, and against this “marked writing,” its linear and logical structure, and the undoubtedly narrow philosophical tradition that it takes for granted.

In recent years, a vibrant artistic landscape, populated with multifarious hybrid writing by women and non-binary authors, has taken a turn for the dense, the difficult, the forbidding and the inaccessible.  In a recent article in Map Magazine, a staff writer observes, “Experimental prose is difficult—challenging in the way that foreign language learning is challenging.” This is because the rules of language, its implicit logic and causal structures, are often reconfigured. As in the work of Lisa Olstein, Sarah Ann Winn, Julia Story, Laurie Sheck, and many other contemporary experimental writers, the sentences fit together, but the words don’t cohere in the way that we think they should. We are offered clean syntactic constructions that resist the implicit logic of grammar. Disorder begins to inhabit the orderly linguistic structures we once thought we knew.

Though many critics have written on women’s poetry and social justice, few have considered this kind of textual difficulty as a feminist gesture. More often than not, this kind of denseness is seen as a failure—to be understood, to master the forms of discourse, to communicate effectively. Of course, you are likely thinking several things: There is no point in creating a text that is difficult, if not impossible, to understand. If women and non-binary writers inhabit a marginal space in the literary community, as evidenced by year after year of the VIDA Count, this aesthetic arguably contributes to the continued relegation of feminist texts to the outermost boundaries of the literary world.

The difficult text constitutes a provocative reversal of power, a show of agency and resistance. The feminist practitioner is no longer the outsider, othered within a linguistic terrain that is hostile to her, but instead, she chooses who is granted access into the imaginative world that she constructs, one dense, impenetrable, labyrinthine paragraph at time.

Before posing questions about artistic failure, it is necessary to remember that, as Viet Thanh Nyugen notes in a recent essay, literature and power cannot be separated. Every gesture, every move we make in language responds to, reacts against, propagates, or internalizes existing structures of control, influence, and authority. The expectation that a text be accessible to readers who situate themselves within a specific artistic school of thought, is yet another manifestation of power and linguistic violence.

In her hybrid text, The End of the Sentimental Journey, Sarah Vap calls our attention to the striking similarities in how textual bodies and physical bodies are constructed in language. According to Vap, the difficult text is almost always spoken about as though it were a female body, and as though the mostly male readers in the room are entitled to “access” it. As the work unfolds, she situates textual difficulty and easiness on a spectrum, challenging us as her audience to find the sweet spot. She returns again and again to the idea of the “payoff,” that abiding belief that a text should give in to the reader, but only after the reader has worked for it awhile.

At the periphery of Vap’s text is the question of readerly entitlement. Not all texts are intended for every reader, but instead, might be aimed at underground, non-mainstream, or more specialized audiences. To that end, Vap poses the question, “When someone says a poem is difficult, do they mean that the language of the poem, or the mind of the poem, or the sentiment of the poem is not like his or her language or mind or sentiments?” A reader that demands that a text perform its meaning in a way that they are accustomed to, that is legible in the eyes of the dominant culture, wields their power in a manner that is linguistically hegemonic, all in the name of “good art.” In such a way, all the violence that is suffered by female bodies, and the erasure of non-binary identities, is done again through language, through interpretation, and the orders of power that structure the environments in which we encounter literary works.

With that in mind, a text that denies entry, that frustrates a sense of readerly entitlement, is perhaps the most disruptive of all. The difficult text resists the reading act as a wielding of mastery, and it challenges those who approach interpretation as a show of mastery and dominance. What’s more, it enacts and performs a separatist mentality that has surfaced and resurfaced throughout radical political movements.

Though syntax, through the dexterous movement between registers and discourses, and through form, many feminist practitioners are saying, quite simply: This text is not, was never, intended for you.

This particular variety of textual difficulty, an inaccessibility that is both artistically competent and politically charged, takes many forms, ranging from narrative obfuscation to formal subversion, and challenges to the logic and reasoning implicit in the sentence. In the work of Julia Story, the page becomes a visual field, as the writer highlights the containment of her own voice within a legible form, within the sentence, and within language. Her collection, Post Moxie, takes the form of neatly shaped prose boxes, which contain within them labyrinths of intricately, and impressively, crafted language. Yet inside of each prose box, each cleanly shaped linguistic container, we encounter a provocative fragmentation of meaning as most readers have heretofore envisioned it.

“I’m in my membrane-colored sweater and we watch the swirl of generic birds,” she writes. “Tears enter your voice when you tell me how long it’s been since you fed them. Grammar is made to house a disintegration of the most familiar ontological categories, ranging from sound to color to the animal world. “Birds” appear as something “generic,” mass-produced; the “voice” houses “tear” after “tear,” becoming something weighty and tangible, and so on. As the ontological categories begin to disintegrate, the relationship between signifier and signified becomes less clear, as we are no longer sure what these familiar words correspond to in a world outside of language and Moxie’s daring artistic imagination. In such a way, possibility accumulates within the text, each elision, each rupture in the rules of syntax creating a proliferation of richly envisioned meaning.

Story shows us, subtly and skillfully, how grammar, its rules and its logic, limits what is possible within the imagination. Yet this critique is housed within the familiar confines of the sentence. For Story, the work of the poet is to expand what is possible within the boundaries of language, to carve a space for an alternative definition of reason, one that is nonlinear, and multifarious in its possibilities. As Vap notes in The End of the Sentimental Journey, those whose mind, whose sentiment, and whose language does operate in such a way will find the writing “difficult.” While I do not mean to negate or deny any reader’s primary experience of an experimental text, I am heartened by writers who remind us that there is more than one way to inhabit language, and in doing so, expand our sense what is possible within it.

Like Story’s collection, Laurie Sheck’s A Monster’s Notes explores and upholds obfuscation as a feminist gesture. What is withheld from the reader, both within the narrative and when considering the logic that governs the book, becomes a source of power and agency for the feminist practitioner.

Taking the life and work of Mary Shelley as its subject, A Monster’s Notes and its obfuscation of meaning speaks to the situation of women inhabiting that particular historical moment. In quite a literal way, the task of speaking and being heard were difficult. “If I could hear my voice move outside my mind,” her protagonist laments, “but even now this voiceless and all these years later.” Sheck’s prose literally performs and enacts the difficulty of speaking as a female-identifying subject, and involves the reader within this narrative, as we strain to hear, despite our rapt attention, transfixed by the work’s lush and intricately rendered descriptive passages.

The work’s monstrous subject matter offers a wry commentary on the ways we as a culture have conceptualized, and continue to limit what is possible for, the marginalized voice. “She had given her creature/monster/being books to wander in and learn from,” Sheck tells us. Just as the monster exists in the space between ontological categories, the voice of the novel sprawls outside of received, legible, and modest forms of discourse, become something unrecognizable. The text performs monstrousness through the vastness of the terrain that it claims, its repertoire of innumerable forms and textures of language. Of course, this vastness might be construed as difficulty, the physical object that is the book becoming a veritable saint’s burden to carry from one place to the next. For Sheck, it is this monstrous impulse that can dismantle all that is problematic with language, and its radical confusion, making way for something new.

As Sheck herself asks, “Who isn’t monsterized.”

And so the feminist text becomes monstrous, unwieldy, no longer dainty or well behaved. Its meaning sprawls outside of, and beyond, the familiar structures of grammar. Of course, such a text is unlike anything we have seen before, its alterity writ large in the very texture of its language. If we begin to conceptualize difficulty as difference, as a performance of and reaction against being pushed up to the margins, what does that open up within our reading of innovative texts by women and non-binary authors?  After all, the politics of textual difficulty are inextricable from their aesthetics.

Even more importantly, a text that challenges us in this way threatens revolution starting at the very foundations of society: the rules of language itself.