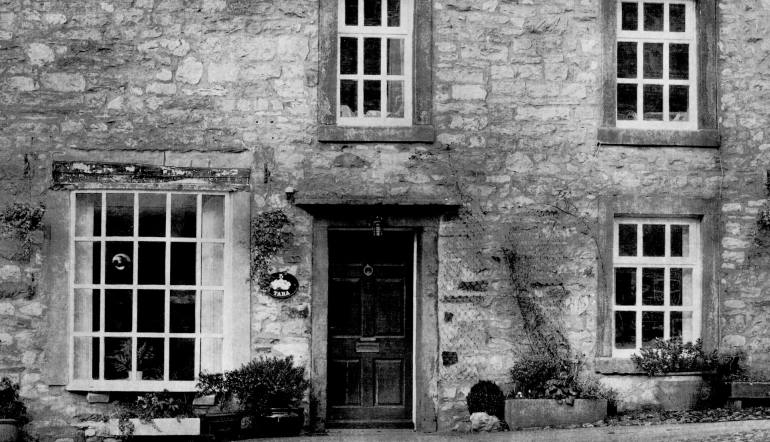 Thanksgiving is almost upon us. For me, this means a welcome weeklong vacation from teaching: a chance to dig into that stack of student essays awaiting grades; a chance to sort and stow or recycle the countless handouts, worksheets, rough drafts, lesson plans, and attendance sheets that seem to accumulate in messy piles all around my apartment over the course of the semester; perhaps even, wonder of wonders, a chance to do a little writing of my own.

Of course, it’s also a chance to say thank you.

At the beginning of my junior year in college, I registered for Introduction to Creative Writing as a way of filling out an otherwise busy semester with three easy credits. Sure, I’d dabbled with writing before, but only as a hobby. I enrolled in the class not because I was all that interested in becoming a better writer, but because I was double-majoring in philosophy and political science and looking for an elective that wouldn’t assign too much homework.

Teaching the class was the poet Peter Cooley, former poetry editor of the North American Review. He arrived, I remember, a few minutes late, aiming an intense, fixed stare out at the assembled students from the front of the classroom.

His first words to us, after taking attendance: “You are all bad writers.”

A ripple of disbelief spread through the class.

Never mind that he was right. We were students, pampered; we weren’t used to being spoken to that way. We were in the classroom because we expected a cupcake of a course, or because we were the darlings of our high school English courses, or else–I can see myself on that day, flinching–we were a little bit of both.

Professor Cooley went on to explain what he meant: that we were in the class to learn, that we had to approach the act of writing with humility, to be prepared to question our assumptions (about art, about life), never to be completely satisfied with our own work, and always to revise, revise, revise. Still, some of the students in class that first day never did recover from that initial shock to their egos. Before our second meeting, they had dropped the class. (The conspiracy theorist in me even wonders whether this was part of Professor Cooley’s plan all along–to winnow the workshop down from two dozen members to a more manageable sixteen or so.)

Late in the semester, Professor Cooley assigned Raymond Carver’s “Where I’m Calling From.” After several months of reading poems and short stories, my formerly unshakeable confidence in my own brilliance (a frustrating and endearing feature, I’m discovering now that I myself am a teacher, of nearly all young college students) was beginning to feel a little, well, shaky. Carver’s story finally shattered it completely.

There’s plenty to admire about “Where I’m Calling From,” which remains, to this day, my favorite Carver story: its characteristic emotional restraint stretched skin-tight over pain, loss, fear, and hope; its simple prose, smooth, flat, and clear as the surface of a lake; and its narration, simultaneously plainspoken yet plaintive. But it was, and is, the structure that shocked–shocks–me most of all. Like “What We Talk About When We Talk About Love,” “Where I’m Calling From” is a story composed largely of stitched-together stories. However, “Where I’m Calling From” is more subtle than that earlier story, far more layered and digressive.

I don’t want to try to recreate the story for those who haven’t read it, nor would a summary do it justice in any case. D.T.s, children trapped in wells, Jack London, chimney sweeps–“Where I’m Calling From” is a testament to the short story’s paradoxically enormous capacity. Reading it for the first time, I was overcome by an uncomfortable, growing awareness that I was being presented with something I couldn’t quite explain. I was both deeply moved and utterly baffled.

Almost as soon as I’d finished reading, I sat in front of the computer in my bedroom and transcribed the story, line for line, into a Microsoft Word document. I wanted to understand how the story had accomplished what it had accomplished; I wanted to feel what it felt like to have those words emerging from beneath my fingers.

“I’m thinking about chimney sweeps–all that stuff I heard from J.P.–when for some reason I start to think about a house my wife and I once lived in. That house didn’t even have a chimney, so I don’t know what makes me remember it now.”
So begins one of the final stories-within-the-story in “Where I’m Calling From”–with the narrator claiming that even he can’t explain how he has arrived at this digression. What comes next is a simple memory. The narrator is in bed with his wife. He hears a commotion outside. It’s the landlord, Mr. Venturini, arriving to paint the house. Reading the story for the first time, I couldn’t explain this digression, either. I simply knew it fit. I knew that the end of the narrator’s memory (“He tugs on the bill of his cap. Then he sets about his business. He picks up his bucket. He starts climbing the ladder.”) filled me with an emotion that was–and still is, every time I reread the story–nearly impossible to describe, something like sad happiness.

Nowadays, of course, I can do a little more to describe how this flashback works in the context of the story. There’s Mr. Venturini’s upward movement on the ladder, for example, and how it contrasts against fearful downward motions found elsewhere in the story–Tiny tumbling backward in his chair with a seizure, or J.P.’s stories about falling down a well and later falling off a roof. Still, I feel that, no matter how much I explain about the scene, I will not be able to capture its emotional resonance. There is simply something irreducibly strange, and wonderful, and moving about Mr. Venturini.

After I’d finished transcribing the story, I sat back in my chair, stunned. This was the first time I’d encountered irreducible artistry in my reading, or at least the first time I’d been able to recognize it. That evening, I came to three important realizations:

First, I could not explain the power of what I’d just read.

Second, I wanted desperately to harness that power in my own stories.

Third, Professor Cooley had been right along. In light of what I’d just read, one thing was clear: I was a bad writer.

And it was not until I realized this that I became–to my mind, at least–a writer at all.
So I’m writing this now, a week before Thanksgiving, as a way of giving thanks. I want to thank Mr. Venturini, that “weird old fellow” with his bald head and baseball cap and his too-big coveralls, paintbrush in hand, climbing the ladder. I want to thank him for finding his way into “Where I’m Calling From,” and for inspiring me to find his equivalents in stories of my own–in other words, to find in my fiction the lyric, associative strangeness of memory and life.

I want to thank him for helping to make me a writer.

Of course, what I really mean by this is, Thanks, Ray.

And, most of all, Thank you, Professor.

This is Greg’s twelfth post for Get Behind the Plough.