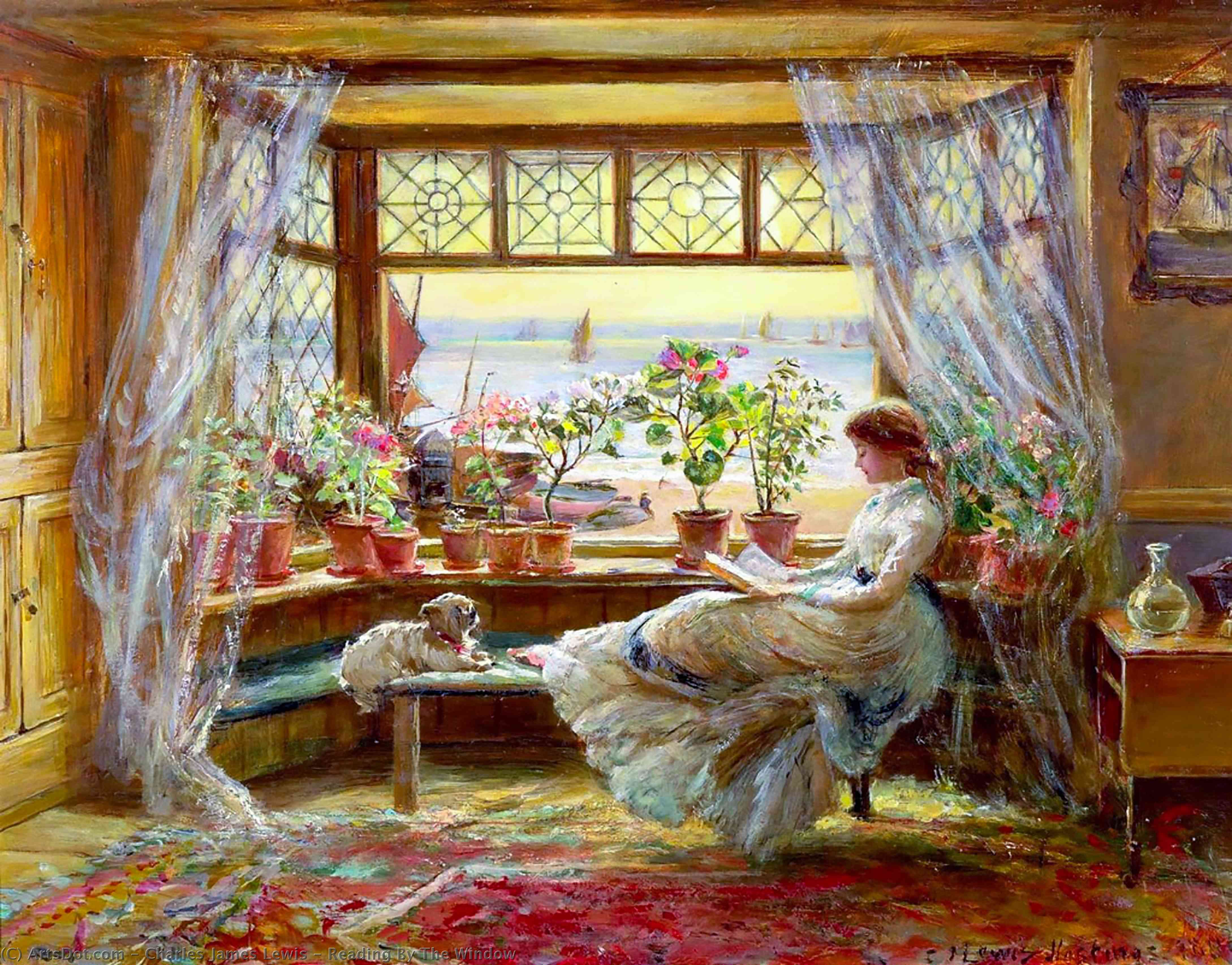 In recent years, U.S. politics has become tangled up with a larger cultural argument about the nature and value of empathy. Is empathy a source of moral action, or a form of sentimental self-delusion? A product of strength, or weakness? Should it play a role in how we formulate government policy? Or is that inclination just a symptom of political decadence, a sign of American decline? Writers have responded to this debate by turning empathy into a subject matter for fiction, something to be circled and examined rather than simply invoked. Ben Lerner’s 10:04 (2014), Johannes Lichtman’s Such Good Work (2019), and Karen E. Bender’s The New Order (2018) come right to mind. Those books are about many things, but at heart they are comedies of anxiety, inhabited by characters who struggle with their own lack of trust in their ability to truly know or help other people. One could argue that all three books are political fiction about the difficulty of writing political fiction in a culture where empathy looks like a fraught and uncertain proposition.

This shift is interesting—the development of empathy in readers used to be one of the primary arguments for the value of fiction. Mary Ann Evans, known by her pen name George Eliot, articulated the idea with her characteristic precision back in 1856: “Appeals founded on generalizations and statistics require a sympathy ready-made, a moral sentiment already in activity,” she tells us in her aesthetic manifesto, “The Natural History of German Life.” “But a picture of human life such as a great artist can give, surprises even the trivial and the selfish into that attention to what is apart from themselves.” That basic idea should sound familiar: despite 150 years of historical upheaval and social and cultural change, Eliot’s view is still the default position in literary circles, even if it requires periodic retranslation into a more contemporary idiom. Right now, that fresh idiom is adapted from the cognitive sciences; there is even a new branch of academic research, Cognitive Literary Studies, devoted to understanding literature through the lens of brain science.

Proponents of the cognitive approach, such as the novelist David Lodge and his 2002 book Consciousness and the Novel, essentially connect fiction with what psychologists call Theory of Mind. Theory of Mind refers to a complex of brain processes that enables us to attribute mental states to other people—a necessary precondition, of course, for empathy. A novel, in Lodge’s model, is a kind of virtual-reality simulator in which we hone our ability to understand the thoughts and feelings of others. The more adept we become at this task, he tells us, the more our powers of empathy expand, and the more we engage in what psychologists call prosocial behavior—kindness.

There is a growing body of research in experimental psychology indicating that this idea has a good deal of truth to it. Studies with children have directly connected reading fiction with the development of empathy, and a number of other studies have gone further, demonstrating that the more fiction a child reads, the better they will score on an empathy test in which they have to infer mental states from subtle physical cues. Things get messier, however, when we look at how empathy actually works in the real world. In their 2014 paper “The Complex Relation Between Morality and Empathy,” psychologists Jean Decety and Jason M. Cowell point out that empathy need not always lead to kindness. “Given that empathy has evolved in the context of parental care and group living,” they tell us, “it has some unfortunate features that can be seen very early during development.” In toddlers, empathy tends to focus on a very small number of people the child closely identifies with, such as the parents, while in older children it expands out to include members of the social group, stopping short at the boundary where the rest of the world begins. According to Decety and Cowell, most children up to the age of nine believe that hurting group members is wrong, but that hurting outsiders is okay if there are no explicit rules forbidding it. Empathy, it turns out, can simply mean feeling for those most like yourself, and ignoring everyone else. Why would we want more of that in the world?

The psychologist Paul Bloom’s influential 2016 book, Against Empathy: The Case for Rational Compassion, is an examination of all the ways that empathy can lead to faulty moral choices, and all the ways we would be better served by a principled, evidence-based approach to moral action. Bloom’s argument isn’t just about the distortions caused by empathy’s pull toward the in-group, and the way that pull secretly encodes all our deepest racial and social prejudices; it’s also about the way empathy misreads the relative severity of different types of needs in the world, privileging near over far, visible over invisible, familiar over unfamiliar. Perhaps just as important, it points up empathy’s tendency to devolve into a form of solipsistic emotionality unconnected to any sort of moral action at all.

Bloom’s work has forced writers to consider a whole new set of questions: who are we empathizing with, and who are we leaving out? Is there something dishonest about our desire to feel the pain of others? Will it really lead to moral action? Or is it just a sentimental entertainment, one that gives the reader the comfortable illusion of being on the right side? The Zambian novelist Namwali Serpell touches on all of these points in a 2019 essay entitled “The Banality of Empathy,” for the New York Review of Books Daily. “If witnessing suffering firsthand doesn’t necessarily spark good deeds, why do we think art about suffering will?” she asks, and then goes on to answer her own question: “Narrative art is indeed an incredible vehicle for virtual experience—we think and feel with characters. It simulates empathy, so we believe it stimulates it.” But she believes that it can end up doing quite the opposite:

The empathy model of art can bleed too easily into the relishing of suffering by those who are safe from it. It’s a gateway drug to white saviorism, with its familiar blend of propaganda, pornography, and paternalism. It’s an emotional palliative that distracts us from real inequities, on the page and on screen, to say nothing of our actual lives. And it has imposed upon readers and viewers the idea that they can and ought to use art to inhabit others, especially the marginalized.

If the empathic novel actually enshrines the power dynamics it supposedly seeks to overcome, what, then, is the alternative? That question turns out to be difficult. Unable to settle on a convincing literary model, Serpell ends up looking outside the realm of art to philosophy, drawing on Hannah Arendt’s idea of “representative thinking.” The problem, she tells us, is how to feel with the other without colonizing the other:

Rather than virtually becoming another, she asks you to imagine using your own mind but from their position. It’s a matter of keeping your distance, maintaining integrity, in both senses. It has some affinity with Bloom’s emphasis on cognition rather than feeling. This need not be cold, just less . . . voracious. I find that the best way to grasp the distinction between ‘representative thinking’ and emotional empathy is Arendt’s lovely phrase, ‘one trains one’s imagination to go visiting.’

As Serpell explains it, representative thinking sounds a bit like what psychologists often call “perspective taking,” which seeks emotional understanding rather than emotional union. Yet it’s hard to tell what this “less voracious” kind of fiction might really look like on the page—especially since Serpell’s one concrete suggestion is about content rather than construction or method. “What would this model of art as ‘representative thinking’ entail?” she asks herself. “Well, for one thing, literally more representation. We could simply have greater variety of experience represented in our art. The part of the hero has been dominated for so long by what is actually a world minority that this kind of change is almost hard to picture.”

Serpell’s point about wider representation is important, but can wider representation, plus whatever else might go into “representative thinking,” really save us from the pitfalls of empathy? Or make us more likely to act morally when we close the book and return to the real world? Paul Bloom makes it clear that the case for rational compassion rests on the idea that we are thinking animals, equipped to reason our way through complex moral problems. Arendt believes the same, seeing thought as a check on the sentimentality or false emotion that can lead us astray from first principles. But I’m not entirely convinced that reason can save us, or that it can save literature, either. This may be because I am a novelist, and one of fiction’s great topics is the way that thought is covertly shaped by feeling, which stays hidden in the shadows even as it secretly determines our choices.

Is there no way forward for us then, as readers and writers? Are we stuck with the kind of fiction that we’ve always consumed, despite our doubts about its role in the world? The short answer is that I’m not sure. The long answer is that asking these questions is in itself highly productive because fiction is at its most interesting and compelling when it interrogates its own assumptions and examines its own biases—when self-doubt becomes a form of faith. I can’t wait to read the world’s first representative-thinking novel, if such a thing can ever be written. But if it can’t be written, I’d love to read a story about a writer trying and failing to write such a novel. That story will be full of beauty and sorrow, because the real subject, of course, is our desire to connect and love one another, set against our awareness that the biggest obstacle to that goal is ourselves.

This piece was originally published on December 11, 2020.