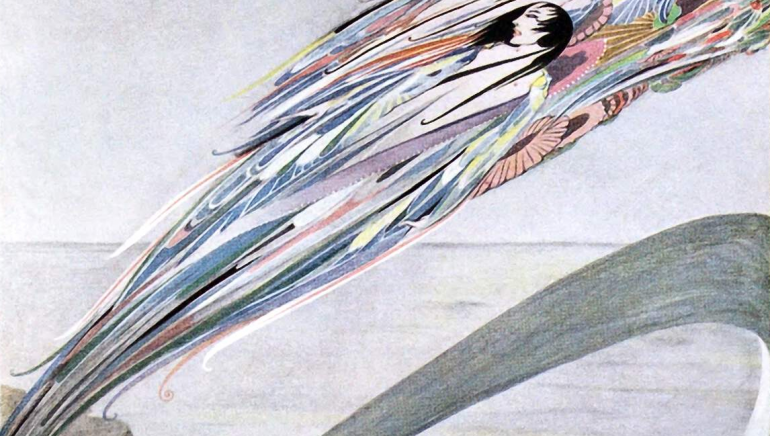 Many great authors have engaged in the oxymoronic battle between magic and reality—Gabriel Garcia Marquez, Italo Calvino, and Toni Morrison, to name a few. Though you can find many literary arguments that portend to identify the differences between the sub-genres of speculative fiction, one of the underlying similarities among purveyors of magical realism is their refusal to disclose the cause or mechanism that engenders whatever magic they’re using. This obfuscation, when it works, is a feat—packaged in a set of lies rests a human truth.

As any reader knows, the best storytellers are the best liars. Karen Russell, master of magical realism, proved her abilities in St. Lucy’s Home for Girls Raised by Wolves: Stories—her debut collection that included a piece in which girls migrated into a human world while carrying an embodied memory of wolverine culture. In this story, like many in Russell’s new collection Orange World and Other Stories, the accumulative, convincing world-building details aren’t so much about what helped manifest the story’s impossibilities—ghosts living in purgatory at a ski resort in “The Prospectors,” breeding tornadoes in “The Tornado Auction,” devils that visit new mothers in “Orange World”—but are instead those nuanced elements that humanize the characters she puts in absurd situations.

In Orange World’s “The Tornado Auction,” for example, narrator Bobby Wurman offers a comparison of his raising of human children to his raising of tornadoes:  “Raising a tornado, you’re always dreaming of its dying day. That’s the breeder’s ultimate vision—to build a storm until it can unwind spectacularly, releasing all of its cultivated fury, vanishing before your eyes. Whereas with my daughters, I have to pretend they’ll live forever.” The narrator is retired, a widower, and has been living alone for fifteen years. His three daughters are grown and living elsewhere. Longing for love and a semblance of family, he returns to the sale barn he frequented when he was younger, where twisters—inchoate clouds that might one day release the kind of fervor and velocity that will go all but unnoticed—get auctioned off.

Russell later uses Bobby’s description of being around the tornadoes to evoke less magical moments: “I felt the way I always hope to feel in church,” he says. “As the twister kicked and spun around the arena floor, the howl rose from its center, throbbing without discrimination in and through each of us, and row by row we fell helplessly to our knees.” The assimilation of wrath and providence in this scene echoes the kind of sensorial experience one might allude to when discussing moments when one is graced by the experience of faith.

In this story, too, Russell manages to connect her fictional world to the one we inhabit by bringing in this-world conflict: Bobby spends nearly all of his savings on an immature twister that doesn’t show any promise, while everyone at the auction argues about the obstacles of breeding tornadoes under the conditions of the “warming.” One of the characters admits: “I don’t care what your politics are . . . . I think it’s time we all admit that the weather is changing.” By alluding to the ominous conditions of global climate change, Russell roots the absurd in irreproachable fact, creating a consequential relationship between her supposed magical world and the world we understand.

The story includes a long passage on the climatology of how tornadoes are formed—Russell uses climatological language to sound convincing, even though her logic is not sound in our world. What is the point of arguing the lie? Detailed support offers a kind of confident commitment to the governed world of impossibility. The intent of “The Tornado Auction” is not to convince the reader that breeding tornadoes is possible, but to create a magical circumstance that helps us understand a deeper emotional truth.

Via reverie, we later discover that one of Bobby’s daughters almost died after being swept up by an errant tornado; Bobby’s absent-mindedness resulted in his failure to get it under control. “‘What did it feel like to fly?’ strangers would ask my daughter years afterward. What Suzie said to these people, I have always felt to be a fine distillation of her character. ‘I won’t remember that.’ Sometimes her inquisitors corrected her, assuming they’d heard wrong. ‘You can’t?’ Then she’d repeat herself without further explanation. ‘I won’t.’” This guilt arises in a way similar to the development of a tornado—wind and moisture builds into an overpowering force.

Soon after this flashback, the cloud Bobby purchases at the start of the story develops, surprisingly, into an overwhelming tornado. After its release, Bobby chases it down and lies in its path. Will he watch it die or let it kill him? As we ponder Bobby’s, and our, inability to free ourselves from the bonds that tie us to those we love, we learn that Bobby, like his daughter, cannot forget the incident: “When people ask, ‘Who found you out there?’ she knows to answer, ‘My father.’ But she doesn’t remember that I gathered her into my arms and held her.”