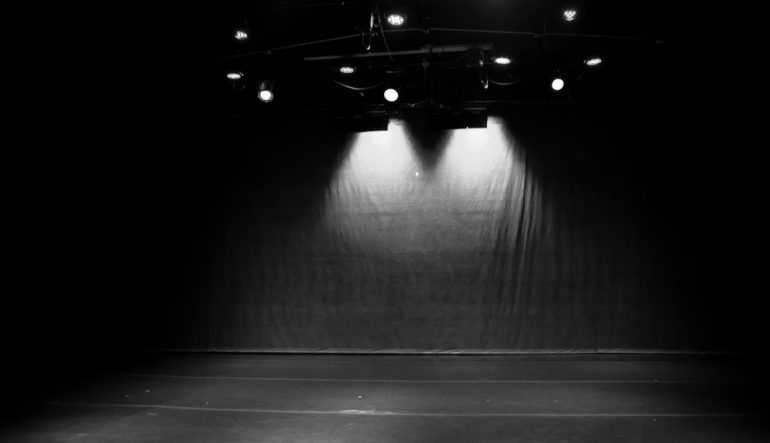 Show don’t tell, they say, privileging image and action over statement and abstraction, and yet, would we remember Rainer Maria Rilke’s “Archaic Torso of Apollo” without its enigmatic last sentence, “You must change your life”? Or, similarly, would James Wright’s “Lying in a Hammock at William Duffy’s Farm in Pine Island, Minnesota” have the same stakes without its final line, “I have wasted my life”? Would Robert Hass’s imagery of the “clown- / faced woodpecker” and the “orange-silver fish / called pumpkinseed” have the same gravitas without the act of telling that opens “Meditation at Lagunitas”: “All the new thinking is about loss”?

Recently, at a post-reading Q&A, I asked the poet Cameron Awkward-Rich about well-timed moments of telling, what they do for poems’ stakes and the reader’s experiences of those poems. I asked the question because I’d been fixated on a moment in his poem “The Cure For What Ails You”: the speaker admits, “when that man // became president, before terrified I felt / relief—finally, here was the bald face // of the country” and “Everyone had to see what my loves // for their lives, could not unsee.” Another moment of telling follows: “Cruelty / after all is made of distance—” The only image here is the “bald face,” a metaphor alluding to America’s culture of privilege, violence, and discrimination. Otherwise, this whole passage is made up of telling, of insisting. Awkward-Rich responded to my question by saying that a well-placed moment of telling defines and locates the more abstract emotional responses a reader has to imagery and action. For me, Awkward-Rich’s moments of telling solidify the poem as an act of utterance, not just of description; they insist upon the ego driving the poem, the speaker not just a vessel for the world but a person with opinions and feelings about the world.

Telling also has the function of establishing authority, what our rhetorician friends call ethos, especially when the first-person point of view functions as a witness to an event or atrocity. Belle Waring’s “It Was My First Nursing Job,” from her 1997 collection Dark Blonde, begins its first act of telling with a title that slides into the first line: “It Was My First Nursing Job // and I was stupid in it.” Immediately, I trust the speaker because she admits her inexperience—“I was stupid in it”—even as she suggests that much time has passed since the events about which we’ll soon hear; it was her first nursing job, past tense. Before she gets to the specifics, she frames the actions she’s about to narrate with another statement, “I thought a doctor would not be unkind.” Immediately, we encounter the narrative of a doctor who wouldn’t wait for a laboring woman’s cervix to dilate the appropriate amount before “He’d brace one hand up his patient’s vagina, / clamp the other on her pregnant belly, and force the fetus // through an eight-centimeter cervix.” Of course, the narration of this action is horrendous on its own, but the poem isn’t about—or not just about—the doctor’s cruelty; it’s about the speaker’s naivety, her hopes denied. Without the frame of telling, this poem would be just experiential anecdote. Without her admitting her own naivety and inexperience, we might not trust the speaker as much; we might not feel with her the anguish and dread the narration implies.

Later in Waring’s poem, the doctor delivers a stillborn fetus and responds derisively to the mother: “He seized the baby’s penis between his own forefinger and thumb…. // Look, said the doctor, A little boy. Just what we wanted.” Because the doctor doesn’t tell the father, Waring (and we might be able to assume the speaker is Waring here, as she worked as a neonatal nurse) has to go out and tell the father the news:

I said as quick-as-I-could-so-I-wouldn’t-have-to-think–
The baby didn’t make it.

The man doubled over. I told him all wrong.
I would do it all over again.

Say–
Please, sir. Sit down. I’m so very sorry to tell you–

The very act of telling has become charged and complicated by the poem. She tells us that the telling was wrong. What’s been told needs to be retold. The antepenultimate and penultimate stanzas show the speaker correcting her previous act of telling, reckoning with the truth:

No. It’s been sixteen years.
I would say, I am your witness.

No. I have never told the whole truth.
Forgive me.

Here, it seems, no image could end the poem, only the speaker’s voice—from the blank stage of the poem, a monologue wrenched from regret, how she would have done things differently.

For some poems, one might argue that telling is the only way to approach some subject matter. One doesn’t want to leave it up to the reader’s interpretation, especially when the act of utterance isn’t about the reader’s interpretation but about what’s said, what needs to be said, and what needs to be witnessed as it was. In “Nightingale: A Gloss,” poet Paisley Rekdal describes her reasoning for leaving out a description of her rape in the poem “Philomena”:

When I left out the rape, I thought I was refusing to indulge a reader’s voyeurism. But the reader knows what is left out: my silence, then, is not a revision but an invitation to imagine this violence for yourself.

Perhaps, then, the refusal to tell, in some poems at least, gives the reader a kind of appropriative authorship over violence, causes them to imagine it and own it and wield it themselves. Is that what the reader wants or needs? Is that what a victim needs, to have the violence re-performed against them by the reader’s imagination? The act of telling in poems about violence is one that reports upon violence, rather that invites the reader into complicity.

Tags:Belle Waring, Cameron Awkward-Rich, Dark Blonde, It Was My First Nursing Job, Nightingale: A Gloss, Paisley Rekdal, poetry, The Cure for What Ails You