Home
»
Uncategorized
»
The Art of the Author Photograph 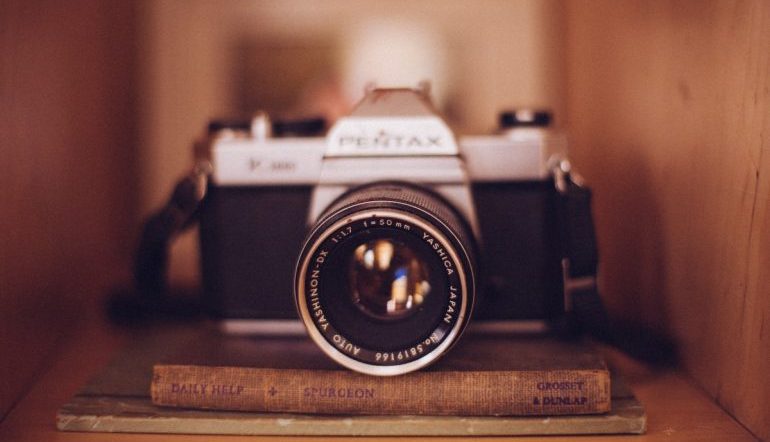 Every now and then, someone in the writing world wants to know what I look like, and put a picture of me next to my work. This is kind, and probably a great design principle, but it propels me into a spiral of petty vanity. Each request sends me running to my husband and camera in search of the Perfect Author Photo.
To be clear, the Perfect Author Photo is not about beauty. Necessarily. It’s about–what is it about? Not looking like an enormous fool? Projecting intellectual capability? Cred? Sexuality? Giving readers a face they like enough to support? Giving your words and virtual presence some flesh and blood?
I want to think it’s simpler than that, and tell my vanity to get out of the way – but the minute I convince myself author photo selection isn’t a big deal I send over a crappy photo that becomes immortalized on the internet. And suddenly you’re the girl who gazes too lovingly at her chicken.
Guilty.
My Interior Dialogue While Selecting Author Photos:

Should I project the face of a serious author? No–because you’re not. Show humility. Who do you think you are, Nabakov? No one will want to get a beer with you at AWP.
Do I flash a full-on smile? You’ll look like a quasi-literate Skipper doll. A hack.
Half smile? Only if you’re drunk. An intentional half smile? Like you’re too cool to really smile?
Raise an eyebrow? Petulant. Theatrical and creepy.
Smoke a cigarette? Poseur!
Should I turn to one side? Cup my chin? Gaze into the distance? No–too contrived. No JC Penney catalogue model ever won a Pushcart.
So maybe a candid shot? Oh–you just happened to be playing with the chickens again? Running with the dogs in a field of sunflowers? Sure.
Okay. I’ll just sit on one of the hay bales in the barn and… Readers don’t care if you live on a farm; that hay bale is a prop. What’s next, laser beams? A faux library?
Screw it! I’ll just use an old photo. People will think you’ve been living hard when they meet you in person.
Okay, I’ll use Picasa’s touch up tool and Photoshop a new shot. You erase any more wrinkles and spots and you’ll look like a rural Michael Jackson.
This “sepia” option is cool… That was a good stint in the Wild West, wasn’t it, MMB? Or a Wild West-themed photo booth in Myrtle Beach.

If you can’t tell, my inner self is no Dove beauty commercial.
Then there’s the toddler factor. This year I’ve had a few photo shoots with my husband. The first was during a time when our daughter wasn’t sleeping through the night, and I owed an anthology a headshot. I was exhausted, hadn’t brushed my hair since waking up, and had bags underneath my eyes. Then, of all things, I was photobombed by the wind:
During a later photo shoot, I thought I would look cool posing with my chickens. Minutes later, I was photobombed by my toddler, who at that very moment sprinted with maniacal zeal toward a Silkie bantam:
I’ve come to believe a photobomb during an author photo shoot is the universe’s way of urging you not to take yourself too seriously. Or to switch careers. Or make like the Gorrillaz and send a virtual, gutter punk avatar onto the web to do the heavy lifting.

The poster child for a good author photo is Karen Russell, author of St. Lucy’s Home for Girls Raised by Wolves (a book I love). She looks sincere, like you wish you were her best friend. (Karen – want to grab a coffee sometime?)

As a freshman in college, we were given a “look book” with photos of all incoming students. Like some Paleolithic Facebook, these books were fodder for early friendships–you made a good riff about the Paula Abdul lookalike who submitted a glamour shot and professed an affinity for aerobics, and you were golden. Most students opted to use their senior photo–the girls clad in Scotch-taped mock gowns, boys in clothes-pinned tuxedos. There were others who just kept it real–candid and natural. I always felt drawn to those people, appreciated their willingness to squint in the sun in their Christmas sweaters and hope for the best.
Right now, the Christmas sweater kids are my inspiration for author photos–casual, imperfect, genuine. Now–how to project that just the right way in a photograph…
(Note: I married the guy who sent in the photo of himself squinting in a Christmas sweater. He has yet to successfully coach me toward such attractive nonchalance.)
This is Megan’s third post for Get Behind the Plough.
Karen Russell image.